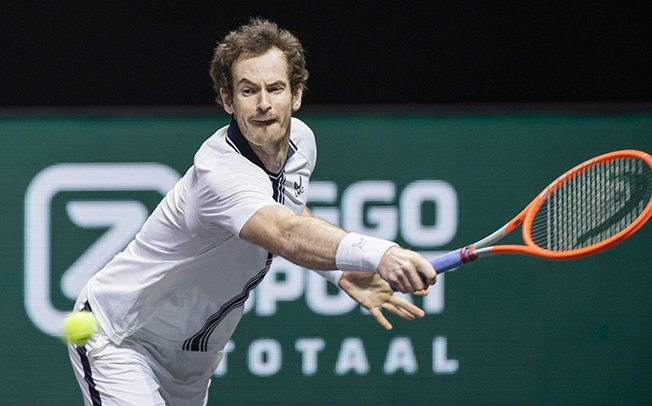 Andy Murray will head home for tests on his latest “demoralising” injury but hopes it is not an indication his body can no longer cope with the demands of professional tennis.

The former world number one was set to play South African Lloyd Harris in the first round of the Miami Open but pulled out on the eve of the event after feeling pain in his left groin.

Murray revealed the problem developed while he slept on Friday night and, although the pain has subsided, he has been unable to practise and is baffled as to why it happened.

The 33-year-old said: “I woke up in the middle of the night at about 2.30am, rolled over and felt like my groin was a bit sore. When I got up at 6am, I was in a lot of pain walking. Any time I extended my left hip, it was a struggle to put weight on it.

“I have no idea what happened. I’ll get some scans and stuff done when I get home. But I feel all right just now.”

This is the latest setback for Murray since he underwent a hip resurfacing operation in January 2019, returning to the match court that summer.

He missed the start of last season because of an issue related to the hip and then struggled at the end of 2020 with tendinitis in his psoas muscle, which connects the spine to the femur.

The Scot had a strong training block ahead of the new season and was feeling very positive only for a bout of coronavirus to force him to miss the Australian Open.

Murray instead played his first tournament of the year at a second-tier Challenger in Italy, reaching the final, before winning his first ATP match for six months in Rotterdam.

Murray then took a two-week break as he celebrated the birth of his fourth child and had been looking forward to getting back on the match court at a tournament he has won twice.

The three-time grand slam champion said: “Miami is a place that I love playing and I was really excited to come here. It was the next tournament to really excite me and motivate me.

“It was good to be back here after my last time playing here in 2016. I felt good and travelled over here, practised and had no issues and then this happened. It is obviously very frustrating and a bit demoralising. It’s gutting.”

Murray has played just 16 matches since winning his 46th title in Antwerp in October 2019, which gave hope that he could write a remarkable late career chapter.

Asked whether this latest blow could be a sign that his body simply is not up to it, he said: “I guess it’s possible that is the case.

“I really need to get a run of tournaments and competitive matches to see whether my body is capable of doing it or not, because right now I still really haven’t had that opportunity.

“All of the indications with the gym work and my practising and training and stuff that I’m doing suggests that I’m fine, but then I keep getting these things.

“I have been fit for the last six months really with training and everything and got unfortunate with coronavirus.

“I don’t know how deep to look into this one. I guess if it keeps me out for a long time, then I would probably think that way. But if it’s only a few days and just the timing of it has meant that I have missed the tournament, then that is just bad luck.”

Murray has certainly had more than his fair share of that and admitted the setbacks have taken their toll on his morale.

“I really just want to be on the court competing,” he said. “I can’t be bothered doing another eight or 10 weeks of rehab. The reason I am doing all of that stuff is to get back on the court and compete.

“It’s hard work and now I am finding it harder to get motivated to do all the rehab and everything if I’m not going to be able to compete in the biggest events.

“That is why this one was like, f***ing hell, just give me a break for this one event so that I can compete against these guys at a big tournament and see what I am still able to do.”

A further frustration is that Miami is the last hard-court event before the tour switches to clay, which is the most physical surface and one where Murray will need to be extra cautious.

Murray’s withdrawal, meanwhile, is another blow for the Miami Open, which was already without Novak Djokovic, Roger Federer, Rafael Nadal and Serena Williams.

Sweden saw lower 2020 death spike than much of Europe