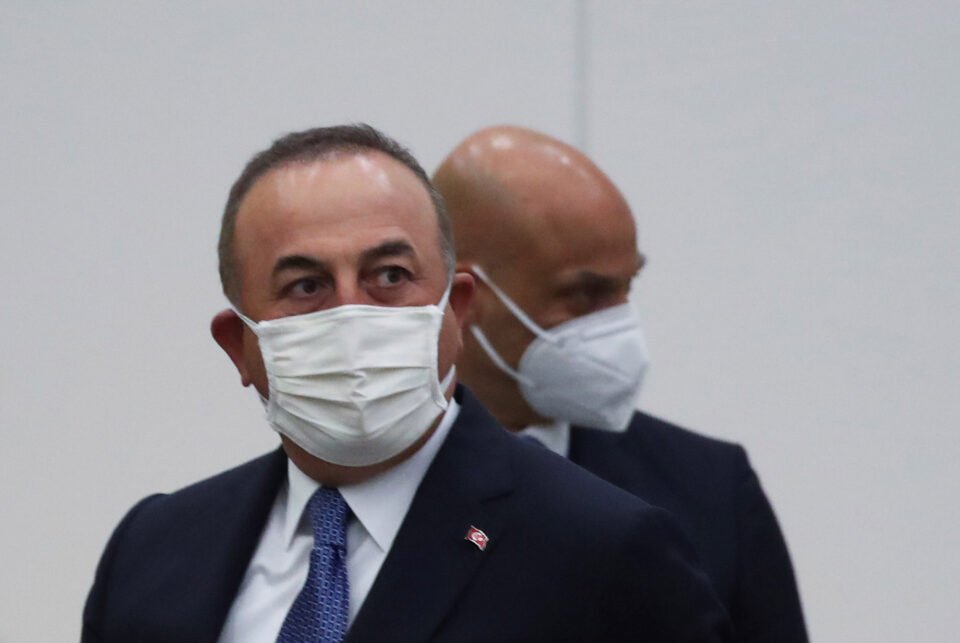 Turkey’s foreign minister said the European Union needs to stop “playing for time” and should take concrete steps to improve positive momentum in ties, a day before an EU summit where the bloc’s leaders will discuss relations with Ankara.

The EU threatened sanctions on Ankara over a row between Turkey and EU member Greece last year over maritime jurisdiction in the eastern Mediterranean, but halted the plans after a more constructive tone from President Tayyip Erdogan.

According to a draft statement EU leaders are set to agree at the summit, the EU is ready to deepen trade ties with Turkey but will maintain the threat of economic sanctions if Ankara moves against its interests.

“Positive steps were taken from Turkey and the EU. Instead of playing for time and making conditional remarks, the EU now needs to take concrete steps in certain areas,” Foreign Minister Mevlut Cavusoglu told reporters in Brussels after a NATO meeting.

“The issues of visa liberalisation and the modernisation of the customs union need to be realised,” he said. “The EU has to keep its promises,” he added, referring to pledges under a 2016 migrant deal under which Turkey curbed migrant flows to Europe in exchange for financial aid.

The summit will build on a report by EU foreign affairs chief Josep Borrell and the European Commission that calls for “modernisation and expansion of the scope” of the customs union. Cavusoglu and Borrell held talks in Brussels on Tuesday over Turkey-EU ties.

The EU is also expected to provide new funds from 2022 for the more than four million refugees in Turkey, if Ankara respects human rights and showed greater flexibility over the divided island of Cyprus and the eastern Mediterranean.

Cavusoglu said Turkey, a guarantor country for the breakaway Turkish Cypriots, had a constructive approach ahead of next month’s U.N.-led talks over the island, but added “we are very determined to protect Turkish Cypriots’ rights.”

He clarified that the EU could take part as an observer when negotiations on the Cyprus issue officially begin next month.

He also said the EU, instead of supporting the activities of the Greek Cypriots and Greece that “exclude” the rights of the Turkish Cypriots and Turkey, as it has done so far, should be a “sincere mediator” on the issue, of fair sharing in the Eastern Mediterranean.

He also said that he had discussed with British Foreign Secretary Dominique Raab “what result we want from the 5+1 meeting on the Cyprus issue or how negotiations can begin.

“We will go with the Turkish Cypriots with a constructive approach, but we know very well what we want. We know very well what has not happened in 53 years and what will not happen. We are realistic, we are not naive. But everyone will clearly say their opinion in this meeting,” he said. “As Turkey, as you can see, we are very constructive, but on the other hand we are determined to protect the rights of the Turkish Cypriots and Turkey.”

‘Expose children to nature and watch them thrive’ – Sadhguru (Cyprus)