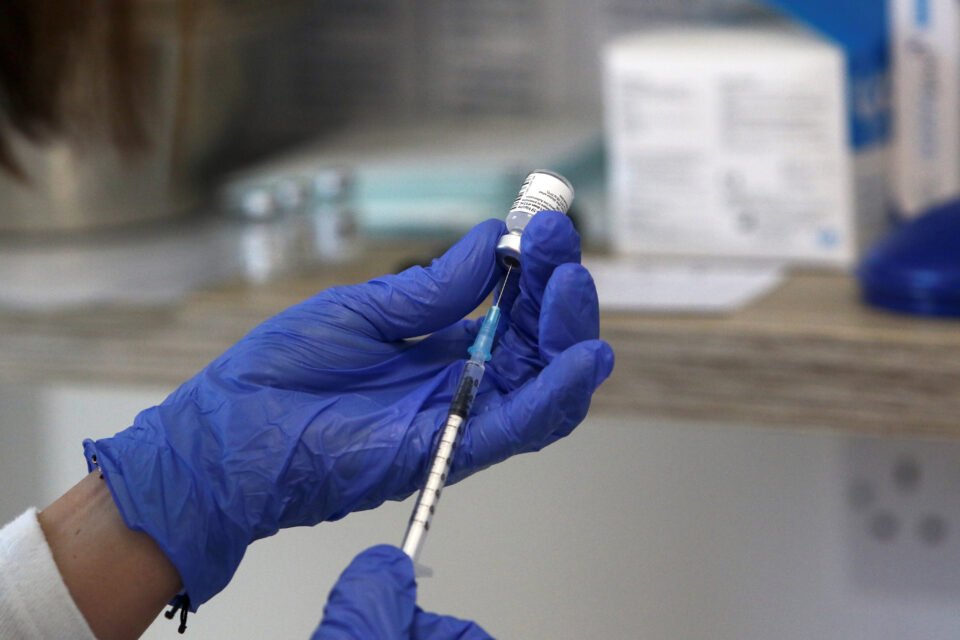 The vaccination portal will open on Monday for insulin-dependent diabetics, diabetics with other serious conditions and the obese, the health ministry announced on Friday as it prioritises vaccination coverage among vulnerable groups.

The news came at the European Medicines Agency (EMA) approved two factories for the production of Covid-19 vaccines, raising hopes of increased deliveries in the second quarter to boost vaccination coverage in EU member states.

Authorities in Cyprus have said they expect significant deliveries in early April. The target is to vaccinate high-risk groups and administer at least a first dose for those aged over 45 by the first week of May.

Olga Kalakoutas, acting director of Cyprus’ health services and head of the island’s vaccination programme, said on Friday that the ministry’s priority was to ensure at risk groups receive their jabs, and urged vulnerable individuals not to delay taking up a vaccination slot in anticipation of a different vaccine.

The EU has approved four vaccines so far, but only three are currently available – AstraZeneca, Pfizer and Moderna. First deliveries of the Johnson & Johnson vaccine are expected sometime in April.

The vaccination portal had initially been expected to have opened on Friday morning, but this was delayed because of technical issues as changes are being made to the software so that vulnerable groups can book slots through the portal, and by extension, have a choice of the vaccine they will receive.

The health ministry said 19,246 slots will be available. The portal will open at 8 am on Monday and will remain open until 7.00 pm on Thursday. Appointments will be booked irrespective of age and people will receive an SMS confirming their appointment.

Those who are not registered with Gesy will have priority for vaccination with confirmation from their doctor and after they have sent an email to emvoli[email protected] expressing an interest and listing their ID, telephone and priority group.

According to the health insurance organisation’s software, a total of 18,973 people fall into the two eligible groups.

The ministry said it has divided diabetics into three priority groups. Initially the portal will open for priority group A and B — insulin dependent diabetics and diabetics with other serious conditions. Around mid-April, and provided the anticipated deliveries of vaccines are made, diabetics in priority group C (remaining diabetics) will be able to book an appointment, it added.

On Monday, slots will also open for individuals with severe obesity.

The health ministry has made vaccinating vulnerable groups a priority over the next few weeks. Clarification is expected imminently on how it plans to move forward with the various sub-categories of people with health issues classified as vulnerable.

So far, the ministry has offered the vaccine to health professionals, the bedridden and by age, starting with the elderly.

It is currently vaccinating people aged 66 and over and plans at the end of next week to open the portal to those aged 65 and over. But it will then pause vaccinations by age temporarily to focus on the at-risk groups.

“We will have more quantities of vaccines in the first week of the April, we will give emphasis to the vulnerable groups, a for a couple of weeks, we will not open up slots by age,” ministry spokeswoman Margarita Kyriakou said.

Meanwhile, the EMA on Friday gave the green light to the Halix production site in the Netherlands that makes the AstraZeneca vaccine and a facility in Marburg in Germany producing BioNTech/Pfizer shots.

The EU has blamed massive shortfalls of AstraZeneca doses for the slow roll-out of vaccines across the bloc, while BioNTech/Pfizer has plans to sharply increase its deliveries in the second quarter.

In an article sent to the media, Kalakoutas said that as vulnerable groups are at increased risk of serious illness from coronavirus, the ministry had focused on classifying medical conditions according to scientific criteria, locating those affected and contacting them.

An ad hoc committee was set up in February with representatives from the Cyprus Medical Association and patients’ groups. The biggest challenge initially was to prioritise the vulnerable groups, then to find them so as to start vaccinating. In the absence of records for a large number of patients, the committee had to seek alternative ways to find them, a task which has to a very large extent been accomplished and these records can now serve public health policy in the future, she said.

The second challenge is to find the most at risk among the vulnerable groups, which was carried out with the help of doctors and patients’ groups who best know their condition. Expression of interest to be vaccinated is done through specialised doctors and patients’ groups and through the software of the health insurance association, either with a written request or through the vaccination portal or through health providers.

Kalakoutas stressed that vaccination and not which vaccine that will be used was key. Given that there are no medical reasons in favour of one or other vaccine, patients needed to be vaccinated the soonest possible with an available licensed vaccine which have been found to be safe and effective.

For those with chronic conditions, every day and every hour matters, she stressed.

“Cultivating any suspicion of delaying vaccinating people who need it or disputing the safety or effectiveness of vaccines, thereby delaying their vaccination, carries a big risk. Everyone must be responsible and careful,” she concluded.

Theatre plays and more at Rialto in April