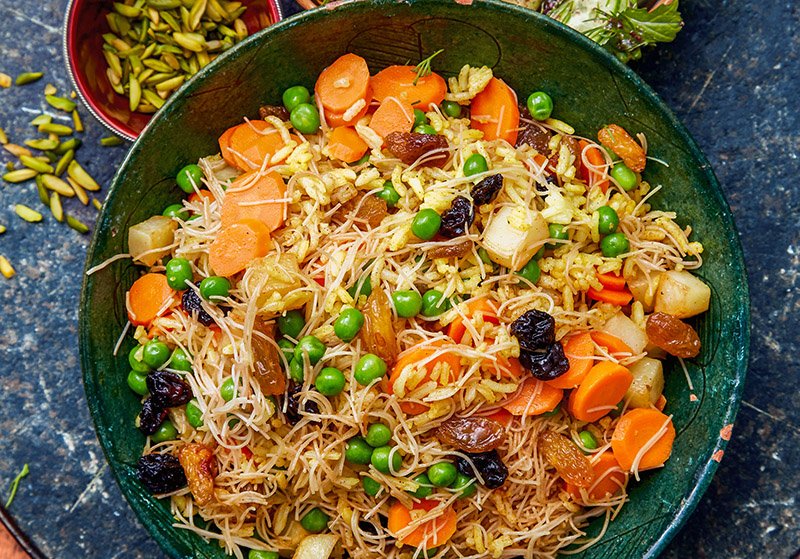 It all started with hummus. When Manal Kahi moved from Lebanon to New York to start a degree at Columbia, she loved exploring the myriad cuisines on offer in the sprawling metropolis, but couldn’t find a decent pot of the classic chickpea and garlic dip for love nor money.

After she started whipping up batches of hummus using a recipe handed down by her Syrian grandmother – batches that were eagerly devoured by friends – Kahi thought she might have spotted a gap in the market.

Teaming up with older brother Wissam, who had moved to the US previously, the siblings started hatching a plan.

Via a partnership with the International Rescue Committee, the firm hires refugees who have been resettled in New York, mostly amateur chefs (some had restaurants in their home countries), and is currently staffed with a team hailing from Afghanistan, Iran, Iraq, Senegal, Sri Lanka, Syria and Venezuela.

“Part of our goal, ultimately, is about changing the narrative around refugees by showcasing a different story, a more positive story, where refugees are the chefs, they are the heroes.”

They’ve now launched their first cookbook, which brings together recipes from Eat Offbeat chefs past and present (including granny’s much-loved hummus), and dedicates a page to each chef, talking about their foodie memories from home and how they found their way into the Eat Offbeat kitchen.

50g black or golden raisins (or a combination)

Heat one tablespoon of oil in a small saucepan over medium-high heat. Once the oil is hot, add the vermicelli and toast until the noodles are golden, about two minutes. Carefully add half a cup (around 120ml) of water to the pot, cover it, and bring the water to a boil. Reduce the heat to low and simmer until the noodles are tender and the water is absorbed, about 10 minutes. Remove the pot from the heat and set it aside.

Heat the remaining oil in a large non-stick skillet over high heat. Once the oil is hot, add the peas, carrot, and potato and pan-fry until they are tender and starting to brown, about 10 minutes. Stir in the raisins and cook until they plump and begin to brown, about two minutes more. Remove the pan from the heat and set it aside.

Bring one and a half cups (around 355ml) of water and the rice, cinnamon stick, turmeric, and salt to a boil in a large pot over high heat. Once the water is boiling, cover the pot, reduce the heat to low, and simmer until the rice is cooked, 10 to 15 minutes.

Whisk together the seven spices, cardamom, and ground cinnamon in a small bowl.

Add the vermicelli to the rice, then gently stir in the spices, making sure to evenly incorporate them and coat the grains. Stir in the vegetables and raisins. Serve immediately.

Peel the potatoes, cut them into quarters, and place in a large pot. Boil until fork-tender, about 15 minutes. Drain the potatoes, then return them to the pot. Add the cornstarch, breadcrumbs, and one teaspoon of the salt. Mash the potatoes and stir to incorporate all the ingredients. Set aside.

Heat two tablespoons of oil in a large non-stick pan over medium heat. Once hot, add the onions and cook until soft and beginning to brown, about 10 minutes. Then add the ground beef, the remaining three teaspoons of salt, and the pepper, and cook until the meat is brown and cooked through, another five to 10 minutes.

Remove the pan from the heat and let the beef mixture cool slightly. If there’s any excess oil in the pan, drain the beef mixture in a colander to remove the fat, then add the parsley, seven spices, and cumin and stir to combine.

Assemble the kibbeh: Take about two tablespoons of the potato mixture and form it into a flat disk in your hand. Place about one tablespoon of the meat filling in the centre. Carefully envelop the filling within the potato shell, sealing the filling inside. Once sealed, gently flatten the sphere into a small disk.

To fry the kibbeh, pour the remaining vegetable oil to a depth of at least two inches into a large stockpot or Dutch oven and clip a candy thermometer to the side, making sure it doesn’t touch the bottom. Heat the oil to 375F over high heat, then lower the heat to medium to maintain that temperature during frying. While the oil is heating up, line a large plate with paper towels.

Working in batches slowly lower three or four kibbeh into the oil, using a slotted spoon. Fry the kibbeh until they are deep golden brown, seven to eight minutes. Remove with a mesh strainer and place them on the towel-lined plate to absorb any excess oil.

Let the kibbeh cool for about 15 minutes. Serve warm.

The Kitchen Without Borders: Recipes And Stories From Refugee And Immigrant Chefs by The Eat Offbeat Chefs is available now

Paphos to get new, large park