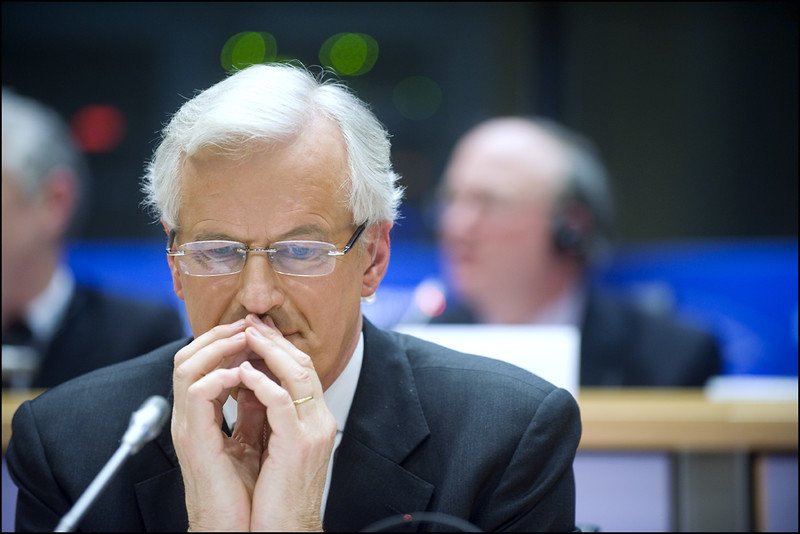 The European Union's former Brexit negotiator, Michel Barnier, calls for coopeation with the UK on vaccines.

The EU’s former chief Brexit negotiator Michel Barnier has called for a ceasefire in the vaccines war between Brussels and the UK.

In a speech in Zurich marking the end of his tenure,  Barnier struck a different tone to EU commission president Ursula von der Leyen, who has threatened to impose an export ban on AstraZeneca jabs to the UK.

“It is true that the UK has a quicker vaccination rate compared with the EU. But the fight against Covid-19 is more than the speed of vaccination, important as that is.

“We will all find stronger and weaker points in how we managed this. But there is no place, in such a serious situation, for polemics and competition. There are so many more reasons to cooperate, in the short and the long term.”

Michel Barnier’s appeal came as the World Health Organisation’s Hans Kluge said the EU was making “unacceptably slow” progress in getting its citizens immunised and as a result was “prolonging the pandemic”, with the third wave sweeping through Europe.

Tensions over the slow rollout in Europe have refused to die down, with EU Internal Market Commissioner Thierry Breton refusing to compromise. “We are just here again to make sure that [AstraZeneca’s EU contract] is delivered – and of course we are here to also help our British friends. But we have nothing to negotiate,” Breton told the the Financial Times.

Breton again warned there would be “zero” AstraZeneca jabs for export from Europe to the UK until the company met its obligations on the Continent.

Kluge said last week there were 1.6 million new cases in the WHO European region, which also includes Russia, Turkey and central Asia.

He said this was “prolonging the pandemic” adding: “We must speed up the process by ramping up manufacturing, reducing barriers to administering vaccines, and using every single vial we have in stock, now.”

Europe struggles to catch up in vaccinations