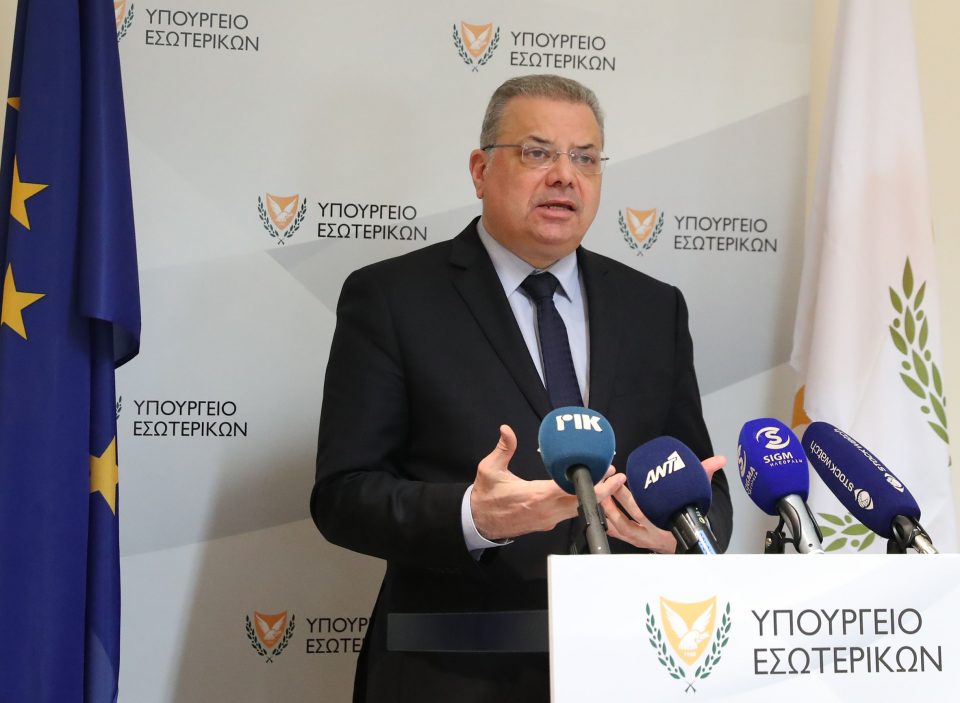 In a fiery session in parliament on Thursday, Interior Minister Nicos Nouris conceded that the five foreign nationals linked to the Ayia Napa marina project and granted Cypriot passports, strictly speaking did not meet the financial criteria of the citizenship-by-investment (CBI) scheme.

The House watchdog committee was revisiting the issue of the marina project where – according to a special report by the auditor-general released last month – directors of the parent company received Cypriot citizenship between 2018 and 2020 despite not satisfying the criteria.

The applications of the five were processed by the law firm of President Nicos Anastasiades – lending the affair a highly political tinge as at the same time Anastasiades also chaired meetings of the cabinet which approved citizenship applications under the CBI.

According to Auditor-general Odysseas Michaelides, the five individuals in question did not meet the criteria as they had no income in the Republic and were not directors of the company for at least six months.

Their applications were submitted in April and May of 2019. At the time they had not completed the six months to make them eligible to apply, Michaelides said.

Nevertheless, in August 2020 the cabinet – acting on a legal opinion furnished by the attorney-general – greenlit their applications.

Responding, Nouris said that when the cabinet took its decision on these five, everything was in order with their applications, except for one thing – the company director’s certificate. This was a matter concerning the finance ministry, he said.

Strictly speaking, he added, the individuals in question did not meet the financial criteria. But the finance ministry decided they deserved to be naturalised as the marina was deemed a major investment that would benefit the public interest.

Nouris acknowledged that corners were cut but said that sometimes decisions must be made for the greater public interest. A similar approach had been taken with regard to naturalisations granted in connection with the casino project.

At one point Attorney-general Giorgos Savvides turned to Michaelides, accusing him directly of undermining the institution of his office.

“You said that you respect the attorney-general – but this is all talk, since in practice you have never done that,” Savvides remarked.

Next Savvides got into a row with Diko leader and MP Nicholas Papadopoulos, after the latter sought a clarification as to when exactly the six months start counting.

Savvides took offense at the question, saying Papadopoulos wanted to embroil him into Diko’s electioneering gimmicks ahead of May’s legislative elections.

Addressing Papadopoulos, he said: “I do not allow you to say that, because I have previously served as a minister in this government, I do not faithfully discharge my duties as attorney-general.”

Coming out of the session, the interior minister told media that what the auditor-general really wants is to undermine President Anastasiades.

Asked whether the government is still considering the option of referring the auditor-general to the supreme court for conduct unbecoming, Nouris said it was up to the attorney-general.

Coronavirus: Booster shots may be needed within a year after vaccinations

About-face by parties on state-backed loans, will vote next week