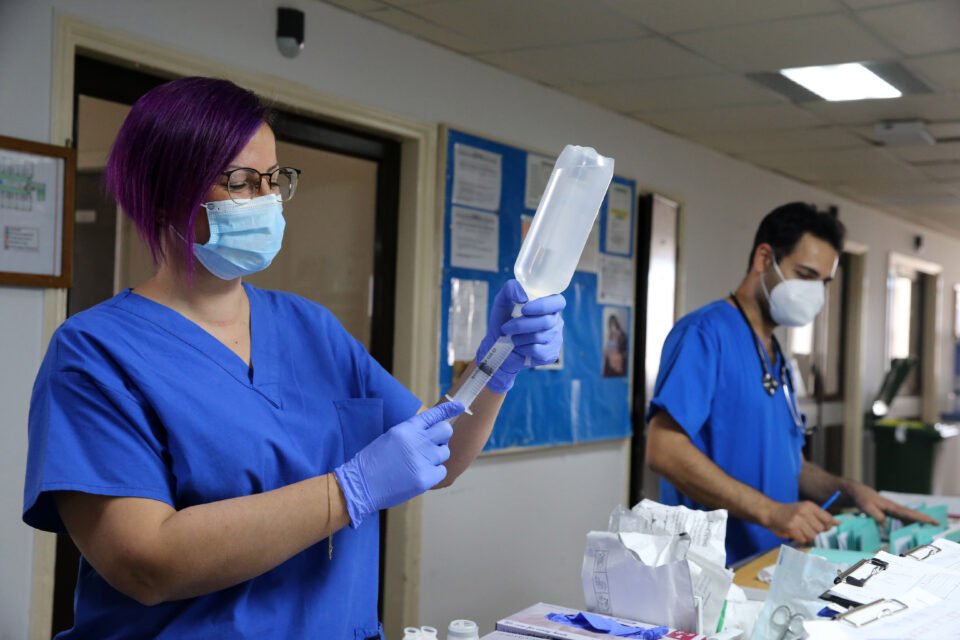 Cyprus’ epidemiological situation is expected to worsen in the coming days which might result in stricter measures, the health ministry and its advisors said on Friday as daily cases and hospitalisations surged this month.

Following the announcement of a record of 251 hospitalisations along with six deaths and 690 new coronavirus cases on Thursday, the head of the minister’s office Anastasia Anthousi made a public plea over the strain on the health care system.

Expressing concern regarding the numbers announced, she said cases are expected to increase and that the country must proceed with the vaccination plan.

Deaths have been recorded in people who have not been vaccinated despite the portal opening for their age group, Anthousi said.

Four out of the people who died on Wednesday were unvaccinated, while two of them had only received the first dose of a coronavirus jab. Experts recommend that resistance to the virus is built two weeks after the completion of the second dose.

Meanwhile some relaxations of measures has been expected in the light of Easter celebrations at the beginning of May. The current decrees expire at the end of April.

“If we are not careful, sooner or later [the situation] will worsen even more so instead of talking about lifting measures, we will probably be forced at some point, if things do not improve, to discuss the implementation of new ones,” health ministry advisor Dr Petros Karayiannis told the Cyprus News Agency.

The Professor of Microbiology and Molecular Virology at the University of Nicosia Medical School added that decisions regarding the measures will be announced next week.

In an unusual negative comment for the professor, he said he does not expect the situation to improve but hopes it stabilises rather than worsens.

Of the 251 hospitalisations announced on Thursday, 63 people were in serious condition including 39 being treated in intensive care units. The average age of patients is 59.

Hospitals across Cyprus have the capacity to treat up to 300 coronavirus patients.

Inpatients “have increased to the highest number we have had so far,” Karayiannis said, attributing the increase to the cases recorded about ten days ago.

Hence an upsurge of the daily tally this week will translate to hospitalisations in seven to ten days, he added, possibly surpassing the hospital’s full capacity.

“The Intensive Care Units will reach their limits,” he said.

Karayiannis blamed the rise in infections on the virus’ variants and highlighted the need to abide by the health protocols while people socialise or go to work.

In an attempt to relieve overcrowded hospitals, state health services organisation Okypy is collaborating with private clinics to move non-Covid patients there to release bed capacity for the treatment of those infected with the virus. The details for the referral of patients under the coordination of health ministry permanent secretary Christina Giannaki was decided on Thursday during a meeting between Okypy and the private hospitals association Pasin.

Hamilton and Verstappen take their battle to Imola