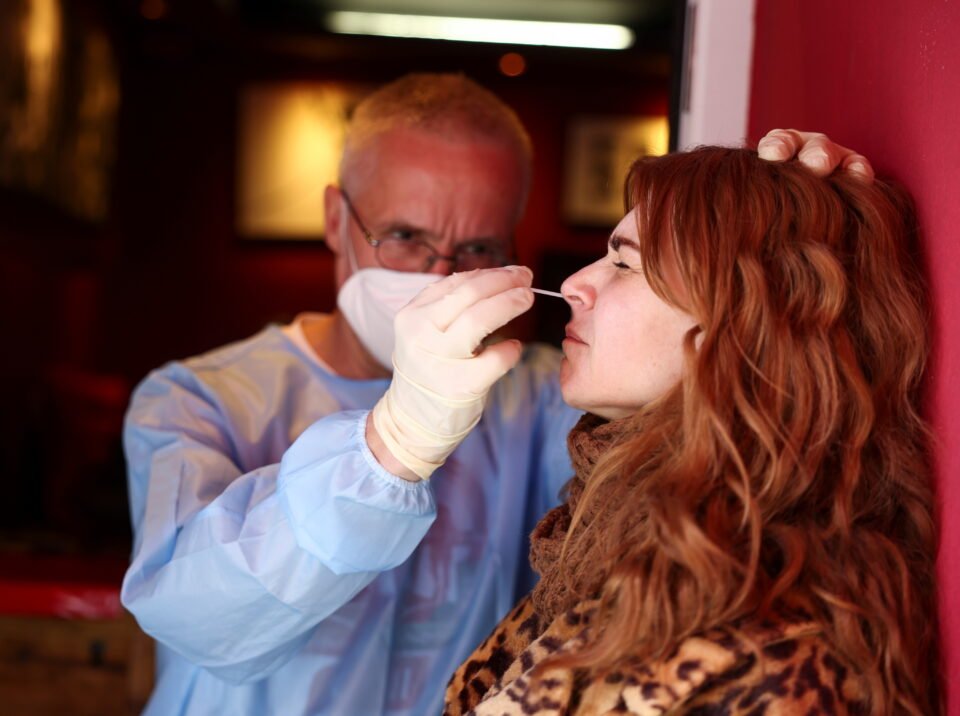 Britain’s health ministry said on Thursday there were no plans to halt rapid coronavirus testing, after the Guardian newspaper reported the programme may be scaled back in England because of concerns about false positives.

“With around one in three people not showing symptoms of COVID-19, regular, rapid testing is an essential tool to control the spread of the virus as restrictions ease by picking up cases that would not otherwise have been detected,” a ministry spokeswoman said in an emailed statement.

“Rapid testing detects cases quickly, meaning positive cases can isolate immediately, and figures show that for every 1,000 lateral flow tests carried out, there is fewer than one false positive result.”

Citing leaked emails, the Guardian reported on Thursday that senior officials were considering scaling back the widespread testing of people without symptoms, due to worries about a growing number of false positives in places where COVID-19 rates are low, such as London.

The spokeswoman said regional models were based on too small a sample size to draw conclusions, adding “there are no plans to halt the universal programme”.

The Guardian reported that on 9 April, the day everyone in England was able to order twice-weekly lateral flow device (LFD) tests, Ben Dyson, an executive director of strategy at the health department wrote: “As of today, someone who gets a positive LFD result in (say) London has at best a 25% chance of it being a true positive, but if it is a self-reported test potentially as low as 10% (on an optimistic assumption about specificity) or as low as 2% (on a more pessimistic assumption).”

Two arrested, two being sought after man beaten up