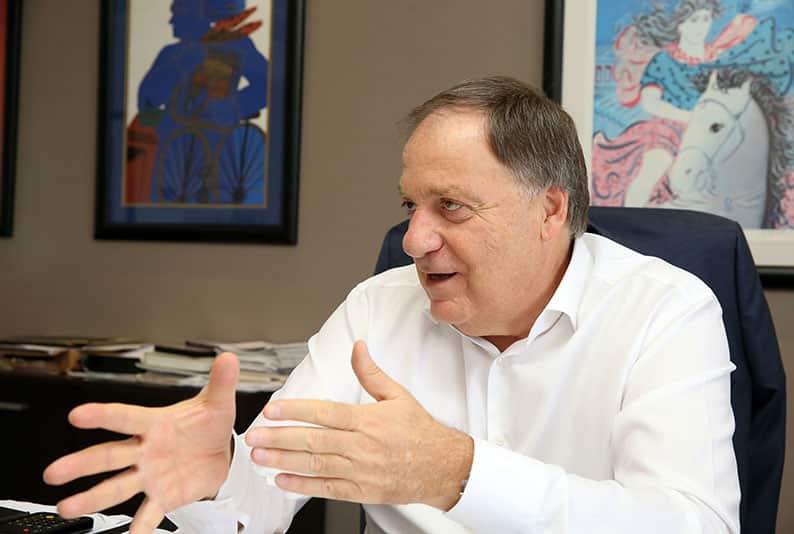 Biden is likely going to use the word “genocide” as part of a statement on April 24 when annual commemorations for the victims are held around the world, three sources familiar with the matter told Reuters.

Asked for comment, Mahdessian told the Cyprus Mail that such a move would be of historic importance – likely leading to many other countries recognising the mass killings as genocide.

“This would be the vindication of our struggles over so many years for recognition, of the tragic events which occurred in 1915 and 1923,” Mahdessian told us.

“Of course, in the past, we have been disappointed that promises were made by previous [US] presidents but these were not honoured.”

But notably, in 2019, the US Senate passed a non-binding resolution recognising the killings as a genocide, in a historic move that infuriated Turkey.

A year ago, while still a presidential candidate, Biden commemorated the 1.5 million Armenian men, women, and children who lost their lives in the final years of the Ottoman Empire and said he would back efforts to recognise those killings as a genocide.

Soon after the events in 1915-1923, Cyprus became one of the many destinations across the globe to which Armenians dispersed to.

“In the early ‘20s, Cyprus received with open arms the Armenian survivors who managed to escape the genocide – who arrived in Larnaca, mainly by French vessels,” he said.

“They developed very rich relationships with the local Greek Cypriots and also with the Turkish Cypriots, who also received us in a friendly manner.”

Mahdessian noted that many of the Armenians who sought refuge in Cyprus during the 1920s spoke Turkish and as such worked well with the Turkish Cypriots.

Cyprus’ deep history with the Armenian diaspora has led it to often lead the way in its diplomatic handling of the genocide.

“The Cypriot parliament was the first European country to officially recognise the Armenian genocide in 1975 and in 2015, on the one hundredth commemoration of the genocide, it was criminalised by law to deny it as such,” Mahdessian said.

While the Cypriot-Armenian community is relatively small, numbering approximately 4,000, they have established strong roots – building schools and churches.

Most of them are descendants of people who fled to the island in the early 1920s.

Parliament on Thursday, before its closing session, held a minute’s silence to honour the commemoration of the Armenian genocide.

YOU MAY ALSO WANT TO READ:

Eurostat: Cyprus has highest increase in pesticide sales in EU

The boy who dreams of becoming a DJ