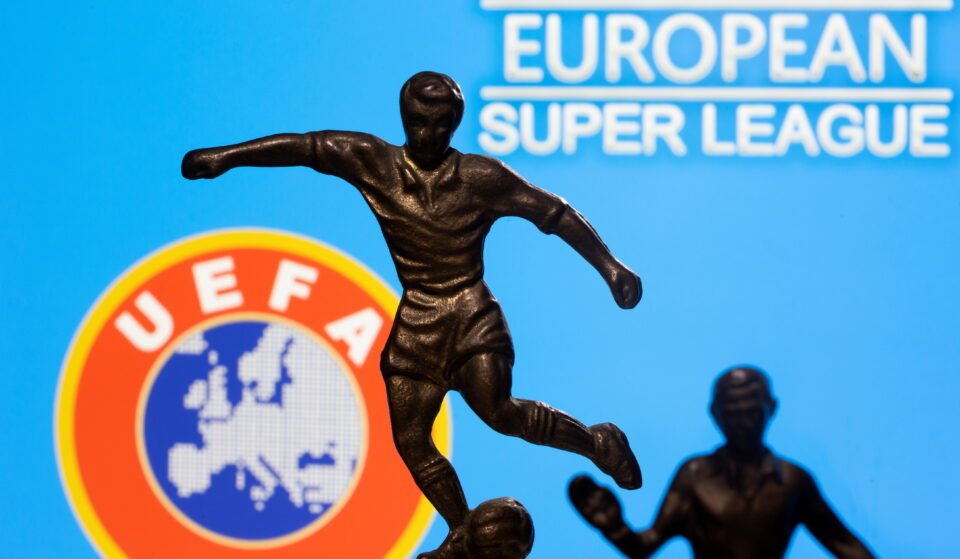 American bank JP Morgan has attempted to amplify its involvement with football over the past two decades, not so much for the betterment of the sport, but rather to further the business interests of those who seek its services.

The latest and most unsavoury example has been the recent launch of the European Super League, a closed shop of a competition designed to rival and ultimately kill UEFA’s Champions League.

The European Super League would have seen a permanent membership of 15 clubs from around Europe, including a whopping six clubs from the English Premier League, the league with the most lucrative broadcast rights in the world, estimated at around $12 billion in 2019. The remaining five spots would be given to other qualifying clubs who would neither enjoy the same slice of the revenue nor the stability and security of a permanent spot in the competition.

Public, governmental and organisational outcry and backlash were swift, blunt and decisive. And so the much vaunted Super League met its demise a mere 48 hours or so after its announcement. The final death knell was delivered when all six Premier League clubs pulled out of the entire sordid affair. But is it accurate to say that the project’s expedited cancellation is a permanent one? Not quite.

If anything, the Super League has been placed in stasis, waiting to be resurrected again in some form or another, with backers JP Morgan Chase biding their time until the mood shifts in their favour.

The American bank has had an uneasy but long-standing relationship with football and how could it not? The entire football industry has grown in value at an exponential rate over the past three decades, boosted by the proliferation of cable television and the internet’s streaming era, football reached a total valuation of around €28.9 billion during the 2018-2019 season, before the onset of the coronavirus pandemic resulted in vastly diminished revenues for clubs around the world.

While the project crumbled in a span of 48 hours, JP Morgan were far from tentative in their approach, having guaranteed an amount between $200 and $300 million to all founding members as a ‘welcome bonus’. Of course, this underwriting of a sum totalling up to $3.25 billion as an ‘infrastructure grant’ and a debt financing deal spread across 23 years would have netted the bank an interest rate of somewhere between 2 and 3 per cent on the total debt amount.

JP Morgan were also the bank which facilitated and advised the American Glazer family on their acquisition of Manchester United, as well working on the club’s IPO in 2012, resulting in the family raising about $233 million from the move. Of course, the acquisition of United was just as controversial and underhanded as the Super League project itself, with the deal having been structured in the form of a leveraged buyout.

This meant that the profit-making and previously debt-free United would have to be burdened with liabilities to the tune of around £660 million in total. This had been the first time United had been in debt since 1931. The leveraged buyout has cost the club more than £1 billion in interest and debt repayments since then and this figure is set to continue to rise as the club’s debt has shot back to around £440 million after the loss in revenue in the previous and current season.

More recently, JP Morgan also advised an Italian American group on their acquisition of Italian club Fiorentina, American billionaire Dan Friedkin on his acquisition of AS Roma, as well as facilitating the sale of shares by two Italian clubs, Inter and Roma, in such a way that they are secured against revenue stemming from future broadcasting rights sales.

“I’m not surprised that a bank like JPMorgan is gearing up its European sports activity,” said Nikhil Bahel of the sports investment group Elysian Park Ventures to Bloomberg. “There is a realization here in Europe that the current financing model for these bodies needs to be revisited,” Bahel added.

“Standard Ethics judges both the orientations shown by the football clubs involved in the project and those of the US bank to be contrary to sustainability best practices, which are defined by the agency according to UN, OECD and European Union guidelines, and take into account the interests of the stakeholders,” the agency stated.

JP Morgan were downgraded from their previous ‘adequate’ rating to ‘non-compliant’ due to the European Super League and its implications, with the agency noting the ‘serious negative effects’ of the entire initiative. This followed Standard Ethics’ previous assessment of the American bank, which included concerns that JP Morgan sought out to quell fair competition, which had then resulted in the bank being incurred with antitrust fines and taxation by the US government.

While it has been put to bed for now, JP Morgan and the clubs involved in the project will likely have learned from this. It is likely that they will modify their plan, improve their communication campaign and try to launch it again in the future