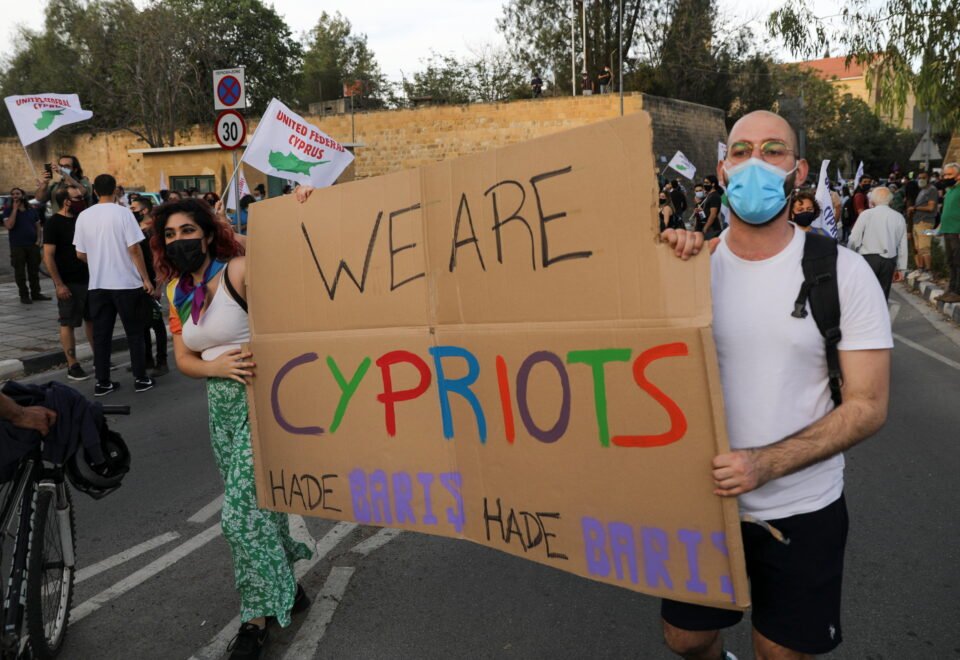 President Nicos Anastasiades is slated to travel to Geneva on Monday morning for negotiations on the Cyprus problem, while thousands of demonstrators on Saturday marched for peace ahead of the talks.

The informal five-party conference will take place between April 27 – 29. Flying from Cyprus will also be Cyprus’ negotiating team as well as party leaders.

According to the Cyprus News Agency, the UN Secretary-General Antonio Guterres will have a meeting with Anastasiades on April 27 at 7pm Cyprus time, after a meeting with Turkish Cypriot leader Ersin Tatar. After the separate meetings, Guterres will host a reception for the two leaders plus two attendees from each side.

On April 28, at 11am Cyprus time, there will be a plenum for all participants with an introductory report by Guterres, the two leaders and the foreign ministers of the three guarantor powers. Bilateral meetings will be held with Guterres at the UN building in Geneva.

On April 29, Guterres is slated for a bilateral with Tatar at 10am and another with Anastasiades afterwards. A trilateral is set to follow between Guterres, Tatar and Anastasiades while at 1pm, a one plus five meeting is scheduled.

Reuters reported on Saturday that thousands of Cypriots from both sides of the divide in Nicosia marched for peace. Demonstrators stopped at semi-circles on either side of the barbed wire, as checkpoints have been closed for over a year due to Covid-19.

“Cyprus belongs to its people,” demonstrators chanted, holding placards in Greek and Turkish.

“The world is going though extraordinary times and sometimes people have been using this excuse to justify the closure of crossings, and on such a small island with no land borders with anywhere else,” said Kemal Baykalli, a member of the grassroots platform Unite Cyprus Now, one of many organisations that participated in Saturday’s event.

“What could have been done is open the crossing points for the benefit and welfare of all Cypriots and jointly coordinate the situation, but they didn’t do this,” he told Reuters.

Armenia PM steps down to clear way for early elections