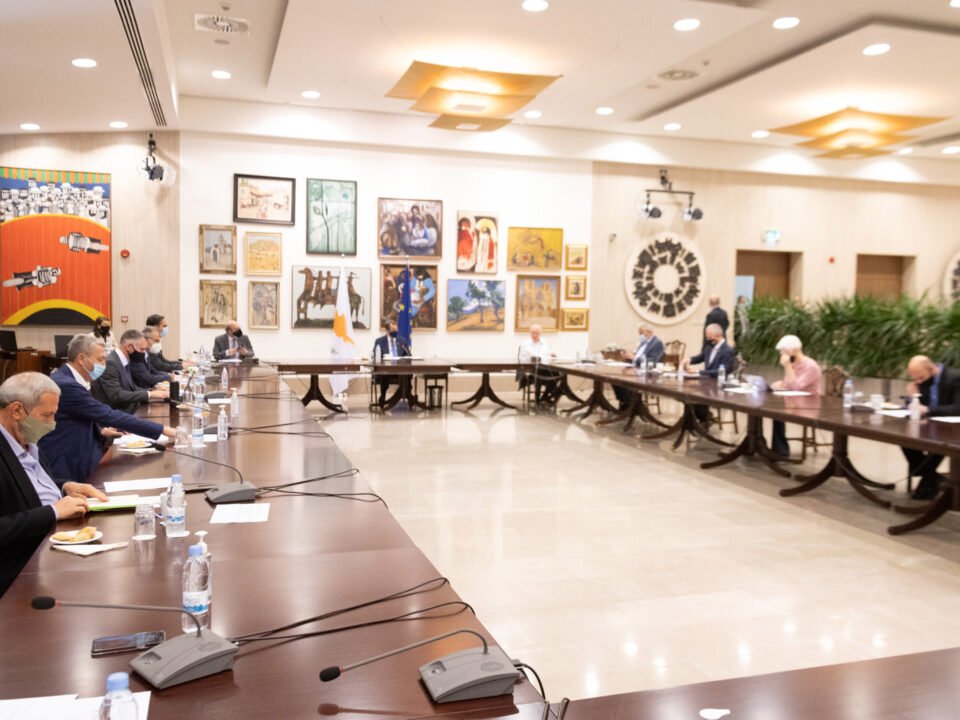 I often get the impression that those involved in the process of seeking a solution to the Cyprus problem act as if it is a game of poker or, for these who detest the idea of being branded gamblers, a game of chess. As a consequence, elements such as addiction, bluffing, a strongly held belief that the losers will do better next time and recover their losses and a tendency to blame others or bad luck for the losses sustained, are all present in this everlasting game.

Those watching the game on the Greek Cypriot side appear to be getting tired, bored and disheartened and are turning their attention to other things. They are also gradually coming to realise that the horse they have been betting on is doomed to fail and have started thinking of how to limit their losses and abandon ship, with as many of their valuables as possible tucked under their belt.

We are hours away from the UN-driven ‘informal’ meeting on the Cyprus problem in Geneva. Nobody seems to be in a position to predict what is going to happen there, but the prevailing feeling is that any breakthrough is highly unlikely.

One issue which has popped up at this late stage is the recording of a conversation between President Nicos Anastasiades and Turkish Foreign Minister Mevlut Cavusoglou, shortly after the collapse of similar discussions some three years ago, where both parties admit that the issue of a two-state solution was referred to. Given that there appears to be agreement between the parties as to the contents of the conversation, I believe that it is both appropriate and necessary to release the tape to the media to enable the public to be properly informed and assess the situation first-hand, rather than being forced to rely on hearsay, which is often incorrectly transmitted.

What is surprising is the apparent readiness of the European Union to withdraw its earlier request to be part of the process. This development has been attributed by the Greek Cypriot mass media to the EU’s willingness to yield to the demand of Turkey to exclude the latter from the process. This stand reminds me of the behaviour of Pontius Pilatus and it suggests that Cyprus will be crucified, shortly after the Geneva meeting. Appropriately, on Good Friday!

I honestly do not subscribe to this simplistic theory, and I suspect that something a little more complicated is happening though I cannot work out what it is.

The pessimism concerning the outcome of the forthcoming meeting stems from the fact that the international community does not appear to have been convinced that Nicos Anastasiades is willing to unconditionally accept “a bizonal, bicommunal federation with political equality and effective participation”, as defined by the Security Council of the United Nations. Whether the international community is justified in harbouring such an impression or not is not relevant. What is relevant is the impression they have. A possible failure on the part of Nicos Anastasiades to convince all those involved in the process that he is prepared to accept and honour this undertaking will inevitably arm the hand of Turkey, and it will place the Greek Cypriot side in an awkward position, in the sense that it will “legitimise” the Turkish advocacy for a confederation.

An added reason for which the Greek Cypriot side must put forward a clear-cut position that is not susceptible to any misinterpretation or ambiguity is the following: at the stage of preparing the ground for the 5+1 conference, the UN secretary-general was prompted to confirm what was self-evident. He said that, if the parties involved in the process were to agree on a solution that is mutually acceptable but falls outside framework of UN Security Council resolutions, then he would not be the person to seek to undermine the agreement reached, by claiming that the agreement is outside that prescribed by the Security Council. In other words, he could not be the obstacle to an agreement that has been attained between the Greek Cypriots and the Turkish Cypriots.

However, if the Greek Cypriot side is prepared to act in absolute conformity with the UN framework and if it refuses to agree to any modification of this framework, while the other side insists on promoting a solution that is clearly outside the UN framework – as is certainly the case with the two-state arrangement – then the secretary-general would be obliged to censure Turkey before the Security Council and seek all necessary measures to force Turkey to respect the existing framework. This cannot be unilaterally modified at will, by any one party.

In the unlikely event that Nicos Anastasiades consents to a confederal arrangement, which is highly likely to be rejected by the majority of the Greek Cypriots, his agreement to a confederation will give rise to further serious problems and complications down the road.

There is little doubt that the days to come will have a lot of suspense and drama, pain and anxiety, for the very simple reason that what is at stake is not a game of poker or a game of chess.

What is at stake is our future and that of our children and our grandchildren. In a turbulent world, the inhabitants of a small island in the Mediterranean are desperately crying for the opportunity to live and work together for the common good. It is doable, if our international friends are willing to give us a helping hand.

Anastasiades flies to Geneva on Monday ahead of Cyprob talks

Coronavirus: 20% of people in Cyprus got first jab, portal opens for age 43-44