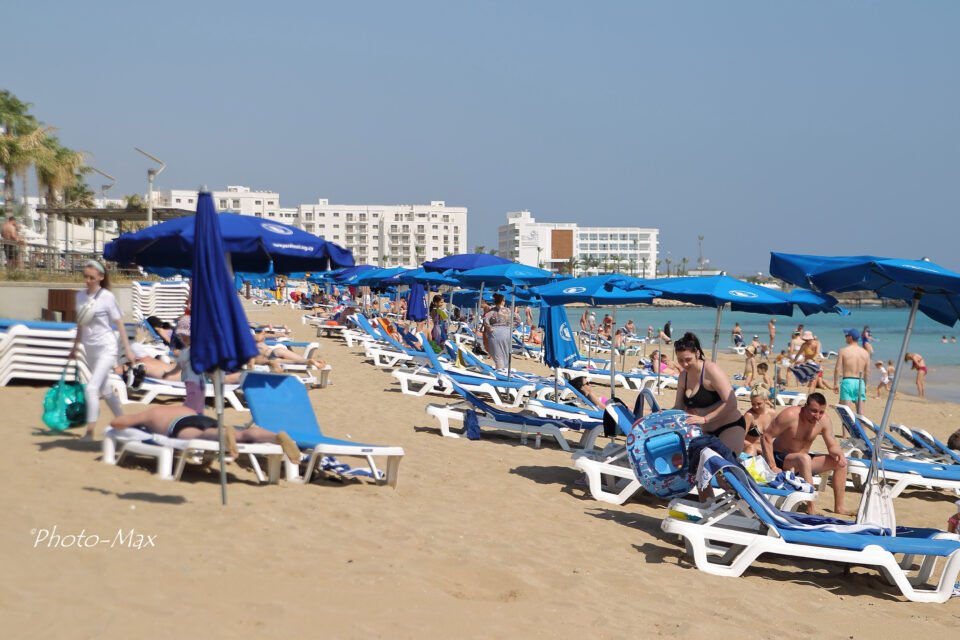 What is it like being a tourist in Cyprus, just as a strict two-week lockdown was announced, and why are some locals angry?

Pictures of sun-kissed tourists at beaches and hotel bars have enraged some locals who have cried foul over preferential treatment for visitors.

But the tourism industry is glad that their customers are enjoying the sun and are having a positive experience while visiting the island – despite missing out on many of the usual attractions.

Marios Ellinas, who manages a hotel in Larnaca, told the Cyprus Mail that: “We’re thankful to be open and the tourists here are happy to have access to the beach but of course there is disappointment too.”

As part of the lockdown, typical tourist attractions such as archaeological sites and nightclubs are off limits; as are activities such as jet skiing.

“Having said that though, the weather is good and all of the hotel’s facilities are open; within the hotel you wouldn’t realise that you’re in a country that’s in lockdown,” Ellinas told us.

He added however that health protocols are in place, such as weekly testing amongst staff, as an outbreak would be disastrous.

For locals however, the lockdown is pervasive and intrusive – with bars a distant dream and beaches accessible only for exercise, for a limited amount of time, and certainly no place to read a book.

But for some tourists the quintessential summer recipe is on the menu, with cocktails from the bars and lazy afternoons at the beach on offer.

“Given the assurances we had from government officials that tourists would not be exempt from the restrictions imposed on the wider population I found many violations with no presence of officials ensuring the restrictions were adhered to,” one reader told the Cyprus Mail.

A beach lined with rows of sunbeds hosting tourists basking in the sun led the reader to say that: “This is an affront to the Cypriot people by an authoritarian [and] heavy-handed government.”

“I was furious on my beach walk yesterday to see many tourists laying on sun beds on the beach,” said another reader. “This is totally unfair we as residents are not allowed our own sunbed on the beach after swimming. Hundreds of families living in apartments would benefit from this facility. Why is this being allowed?”

A third said: “Speaking with one waiter he was very apologetic when he thought I may try and sit down telling me that the restaurant was not open to Cyprus residents.”

But a source in the tourism industry told the Cyprus Mail that those who have arrived are facing the same restrictions as locals, with the understanding that a tourist’s hotel is seen as their home.

“If I had a swimming pool at my house then of course I’d be able to use it,” they said.

And on that basis, a tourist’s experience during lockdown will largely depend on what the hotel has to offer: from access to a beach, swimming pools or a bar – but not all hotels are created equal; while tourists in Airbnb accommodation face even greater uncertainty.

As for the beach itself, the source told us: “Well if Cypriots are allowed to go to the beach then so are the tourists.”

Lakis Avraamides, president of marketing department for the hotel association, told the Cyprus Mail that there are currently about twenty hotels up and running in the Ayia Napa – Protaras area.

More had planned to open, mainly to a Cypriot audience, but the lockdown has put that back on ice.

Avraamides told us that many Russians arrived just before the lockdown was announced – and came into force – while those scheduled to come in the following days and weeks have so far not cancelled their holidays, according to his latest information.

Ellinas has had a similar experience, saying that: “We’re at about 30 per cent occupancy rate at the moment, with mainly tourists from Russia – they account for about 80 per cent of our guests.”

As for the market itself, he said that there have been some cancellations but nothing out of the ordinary – while those arriving are booking individually and not as part of an organised tour group.

But Ellinas is concerned about the health minister’s proposal for ‘covid passes’ – certificates of vaccination, proof of negative tests etc – saying it has spooked many international tourists. “In general, the tourists are very sensitive to such issues,” he said.

“A Swede for example who for the past 16 months has not had that many restrictions and suddenly they have to produce documents to enter a souvenir shop – it’s a major issue.”

“We’ve had many people calling us and asking us about this.”