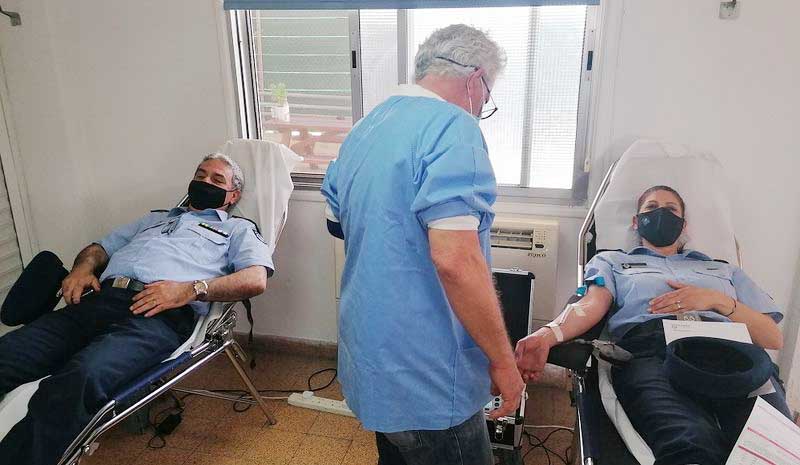 Police officers and cadets gave blood on Thursday to boost blood banks which last week had issued an urgent appeal to donors amid depleted stocks.

According to an announcement, police members gave blood ahead of Easter and Saint Irene’s day, patron saint of the police which is celebrated on May 5.

The event was organised at the Cyprus Police Academy in cooperation with the Blood Bank of Nicosia General Hospital.

Volunteer blood donors from all units of the police force as well as cadets took part, boosting the blood bank with 49 units of blood.

Police chief Stelios Papatheodorou was on site to express his support and gratitude.