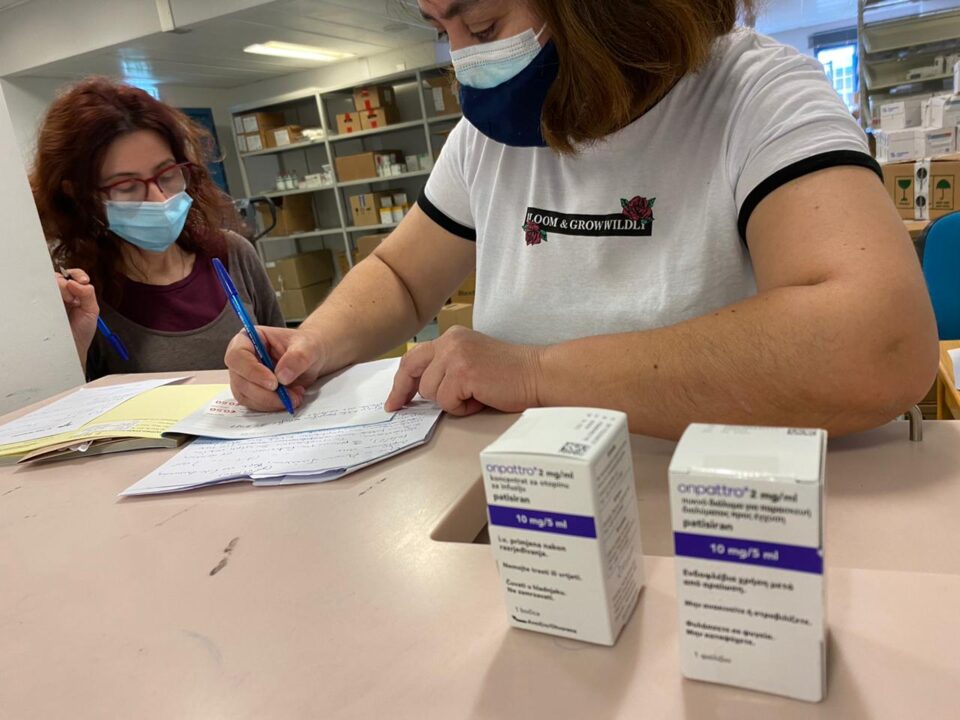 Patients currently undergoing treatment for a range of chronic and life-threatening diseases are being forced to not only fight for their treatment, but in many cases must also transport their own sensitive medications due to protocols currently in place.

“Pharmaceutical services cannot deliver drugs and especially expensive ones to private hospitals mostly because of safety precautions. Also, I am not sure if private hospitals have the necessary infrastructure or equipment to receive and store drugs,” Spyros Polyviou, an administrative officer at the Cyprus Alliance for Rare Disorders told the Cyprus Mail.

Netha Stavrinides,46, is a single mother of twins aged nine years old and has tested positive for a rare disease, hATTR amyloidosis – TTRVal30Met mutation, and is challenging the ministry of health to change the protocols to better serve patients like herself.

“It has been a real struggle for me to get the treatment I need, which is expensive and when finally approved, I had to collect, sign for responsibility and transport the highly sensitive medication myself,” she told the Cyprus Mail this week.

Amyloidosis is a rare disease caused by abnormal deposition and accumulation of proteins in the tissues of the body. It is usually a systemic disease that affects many organs and systems in the body.

Twenty years ago the life expectancy of diagnosed patients was usually only a few months or years, whereas now it is often 10 years or more and some treatments may even lead to complete cure.

Her mother suffered from hATTR amyloidosis. She underwent a liver transplant in 1995 and was monitored for many years. She died in 2012 at the age of 66.

Netha’s symptoms are typical of the disease and her condition will deteriorate and the point of early detection is to enable early intervention to prevent the disease’s progression, she said.

Over the last year, Netha has started to exhibit clinical signs of neuropathy, including the loss of the feeling of cold, pain and numbness in her lower limbs, limb weakness, pins and needles, numbness in her face, diarrhea, constipation, difficulty digesting food, nausea, dizziness and fainting episodes. She has also been diagnosed with paroxysmal atrial fibrillation.

Her fight for treatment has been ‘a roller-coaster ride of decisions about if, how and when her medication would be delivered.

Netha’s doctor at the Apollonion hospital received a letter in March informing him that her treatment had been approved, via the “Onomastiki Epitropi”, a committee which deals with cases on an exceptional basis that don’t meet the usual protocols, and the health ministry directly. However, the medication would only be delivered to the Cyprus Institute of Neurology or Nicosia general hospital and she would have to pick it up herself and take it to the Apollonion for her treatment.

A ‘wall of bureaucracy’ was hard to overcome, as no officials wanted to take responsibility for delivering the medication to the hospital as it requires special handling due to its sensitivity. The much-needed medication would only be released to her personally.

“I was forced to pick up and deliver the sensitive drug myself, in a cool box, so that I could start this life-saving treatment. I am aware of how expensive this drug is for a single dose and it requires refrigeration and special handling. It was overwhelming.” 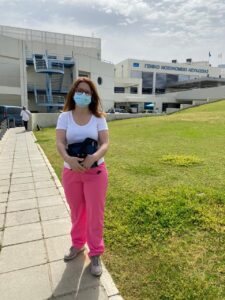 Although the Apollonion is part of the national health system, Gesy, the facility was unable to take delivery of the drug as it is not considered a ‘public hospital’, she explained.

Dr Sakis Lambrianidis, who is treating Netha explained that only public hospitals have pharmacies able to accept medications.

“As far as I am aware, medication is delivered to a public hospital, because private hospitals do not have a pharmacy and even if they had a pharmacy, not all the drugs are delivered there directly,” he said.

When negotiations for Gesy were underway to include the then private hospitals in the system, why didn’t the ministry of health include this as a criteria? She also questioned how a hospital can function without administering drugs and treatments to both out-patients and in-patients.

A patient is hardly the most qualified person to be responsible for the medication; picking it up and delivering it, she said.

To date, many patients with chronic conditions and illnesses, including cancer, have been forced to transport their own life-saving drugs because of the current protocol.

“This is unacceptable and unethical on the part of the ministry of health. Protocols need to be changed and focus on serving patients rather than regulations that harm the health and well-being of patients?”

Netha has to repeat this treatment every three weeks, indefinitely.

She is grateful that the medication has been made available to her and is looking forward to a healthy future.

“But I will not stop fighting for the right to receive this treatment with the respect and dignity all patients deserve though,” she said.

Her doctor hopes that the system will change.

“Unfortunately, in a lot of cases, the patient must often transport medicine themselves and sign a waiver. We are told that there plans to change the current system where a patient is responsible for collecting the drugs and I really do hope this happens,” said Dr  Lambrianidis.

Tales from the Coffeeshop: The lockdown that took everyone by surprise