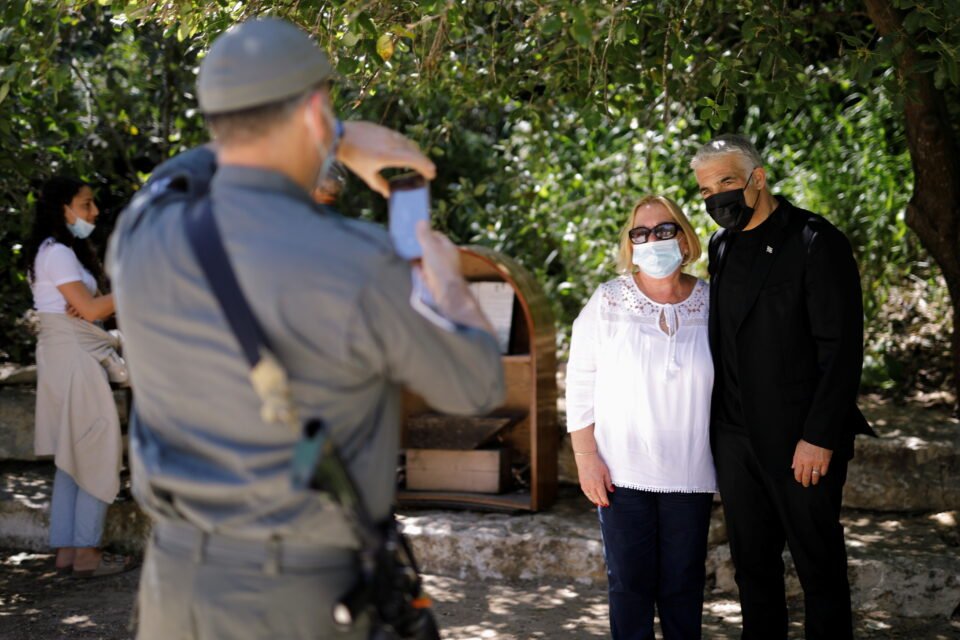 President Reuven Rivlin is expected to ask the leader of the Yesh Atid party, Yair Lapid (R) to form a government REUTERS/Amir Cohen

Israeli Prime Minister Benjamin Netanyahu’s two main political rivals each asked the president on Wednesday for the chance to try to form a government, after Netanyahu failed to meet an overnight deadline to assemble a coalition.

Israel’s longest serving leader, Netanyahu, 71, has been fighting to hold onto office through four inconclusive elections since 2019.

The most recent vote on March 23, held while Netanyahu is also on trial for corruption charges he denies, yielded no majority for the prime minister or for a loose alliance of rivals from across the political spectrum aiming to topple him.

A 28-day mandate to put together a coalition ran out at midnight after Netanyahu failed to agree terms with potential right-wing partners, opening the way for President Reuven Rivlin to assign the task to another member of parliament.

That is widely expected to be Yair Lapid, 57, whose centrist Yesh Atid party placed second to Netanyahu’s right-wing Likud. A power-sharing agreement has been widely mooted, in which Lapid would rotate in office with ultranationalist politician Naftali Bennett, 49, of the Yamina party.

Rivlin met the two separately, and each put his own name forward to lead coalition talks, a spokesman for the president said.

Rivlin might also see other party leaders during the day, should they ask to meet him, the spokesman said. Under law, he has three days to make his decision, which includes the option to ask parliament to name a candidate.

There was also no guarantee that a potential patchwork coalition of left-wing, centrist and rightist parties outside Netanyahu’s caretaker government could bridge their deep political differences and unseat him.

Netanyahu and his opponents have both courted the support of parties representing Israel’s about 20% Arab minority, potentially giving them say over a Cabinet for the first time in decades.

Much of the impasse results from Netanyahu’s legal troubles: some prospective allies have pledged not to serve under a prime minister who is on trial.

Failure to break the deadlock would lead to a new election, adding to political turmoil while Israel faces challenges from Iran’s nuclear programme and pursues economic recovery after a swift rollout of COVID-19 vaccine.