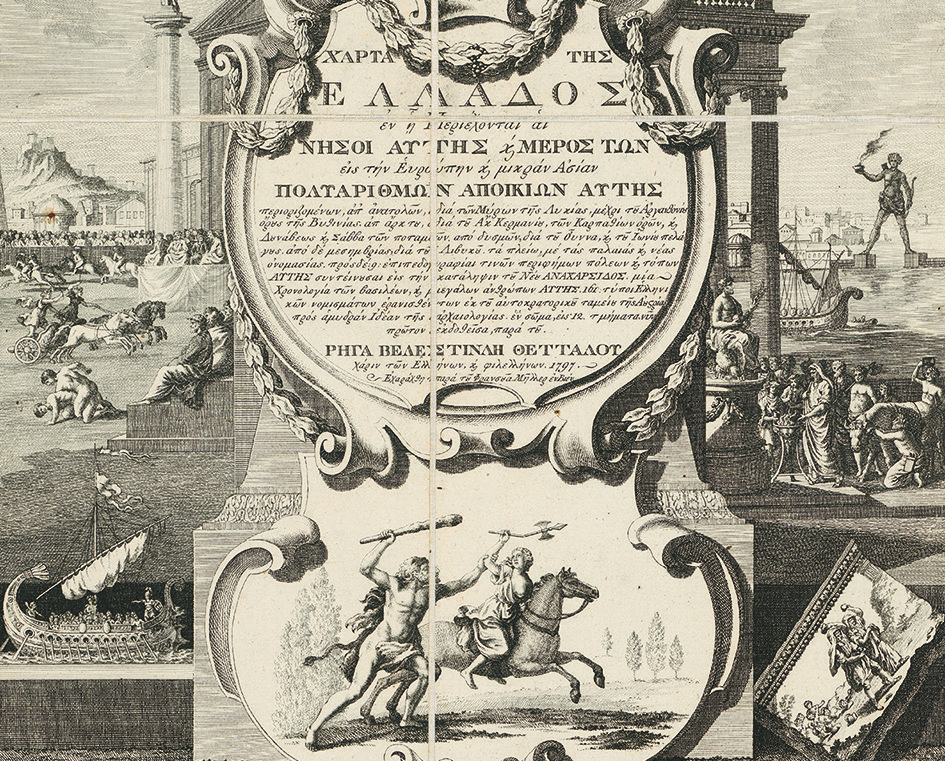 As part of the celebrations marking the 200th anniversary of the 1821 Greek Revolution, the Bank of Cyprus Cultural Foundation is hosting a life-sized facsimile as well as a digital exhibition of the Rigas Feraios Map by the Sylvia Ioannou Foundation.

“Born in 1757 in the village of Velestino, Thessaly, near the ancient Greek city of Pherae, Rigas Velestinlis or Feraios had a truly remarkable life,” says the foundation. “On July 24, 1798 he and seven of his partners were strangled by the Turks in Belgrade; one of them, Ioannis Karatzas, hailed from Nicosia. Their lifeless bodies were tossed into the Danube.”

The Rigas Charta, one of Feraios’ most striking works of national importance, was first published by Feraios himself in Vienna (1796-1797) on 12 folios, each measuring approximately 50x70cm, reproduced in 1,220 copies. Of these, only 15 copies exist today. The Charta marks the first major revival of Greek cartography, with geography enriched by a communicational and political dimension. After all, Feraios’ historical ideology draws from the French Enlightenment principle that geography and history are tightly interlinked.

“The Charta is Feraios’ most thorough drawing,” adds the foundation. “Harnessing his profound knowledge and vision for the enslaved Greeks, the Charta provided an ideological framing to the Revolution. Feraios believed it was imperative for the enslaved Greeks to become educated by popularising the means available at the time. Through his Charta, he lays out the entire area of the free Greece he envisioned. The structure of the images and symbols imparts a sense of the mentality of his contemporary Greeks.

“In a way, the Charta also serves as a geometrical supplement to Feraios’ other great work, the Thourios. It is for this reason precisely that the Austrians, who had Feraios arrested, viewed the Charta as the first evidence of his revolutionary activity. Today the Charta, much more than a map with political and historical connotations, is a rare national treasure.”

The Rigas Feraios Charta Exhibition is on display in both digital and physical form at the Bank of Cyprus Cultural Foundation building in old Nicosia while the digital exhibition is also shown on the Foundation’s social media.

Exhibition of Riga Feraios’ well-known charta. May 6 until December 31. Online at physically at the Bank of Cyprus Cultural Foundation, Nicosia. Tel: 22-128157. www.boccf.org

How to make a DIY reusable filter for pour-over coffee