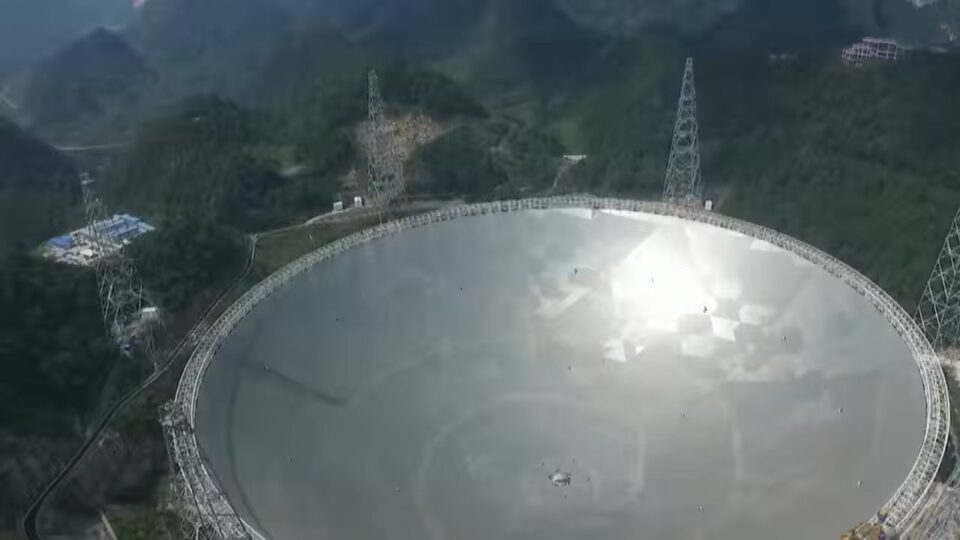 Chinese scientists have found the first evidence of three-dimensional (3D) spin-velocity alignment in a pulsar with the help of the world’s largest radio telescope.

Based on observations of China’s Five-hundred-meter Aperture Spherical radio Telescope (FAST), a research team led by the National Astronomical Observatories (NAOC) under the Chinese Academy of Sciences studied the supernova remnant (SNR) S147.

The discovery, published in the latest issue of the journal Nature Astronomy, sheds light on unraveling the mystery involving the origin of pulsar spins and marks the beginning of in-depth pulsar research using FAST.

For decades, scientists have found observational evidence for spin-velocity alignment in young pulsars. The relationship between pulsars’ spin axis and spatial velocity vectors, however, has largely been restricted to a 2D sky plane perpendicular to the line of sight, due to the hardship in constraining radial velocity.

FAST — the Five-Hundred-Meter Aperture Spherical Radio Telescope — is, as its name suggests, 500 meters, or about 1,640 feet, across, a size that helps scientists detect more distant and fainter objects. And in late March, FAST began accepting scientific proposals from international astronomers for the first time.

“The timeline was very tight, and it was extremely difficult to get everything ready for opening to the world that time,” Keping Qiu, a professor in the School of Astronomy and Space Science at Nanjing University, wrote in an email to the publication Undark. Qiu leads the committee that will evaluate the incoming ideas and added, “The FAST group worked very hard over the past year, and now the telescope is making the step forward” by opening up to the world.

If the international researchers’ ideas pass muster, they will get approximately 10 per cent of the telescope’s time, with the remaining 90 per cent going to Chinese scientists. “We expect that FAST would not only take the place of other installations in supporting astronomers doing good science in relevant research areas,” said Qiu, “but also make breakthroughs and open new windows for research in radio astronomy.”