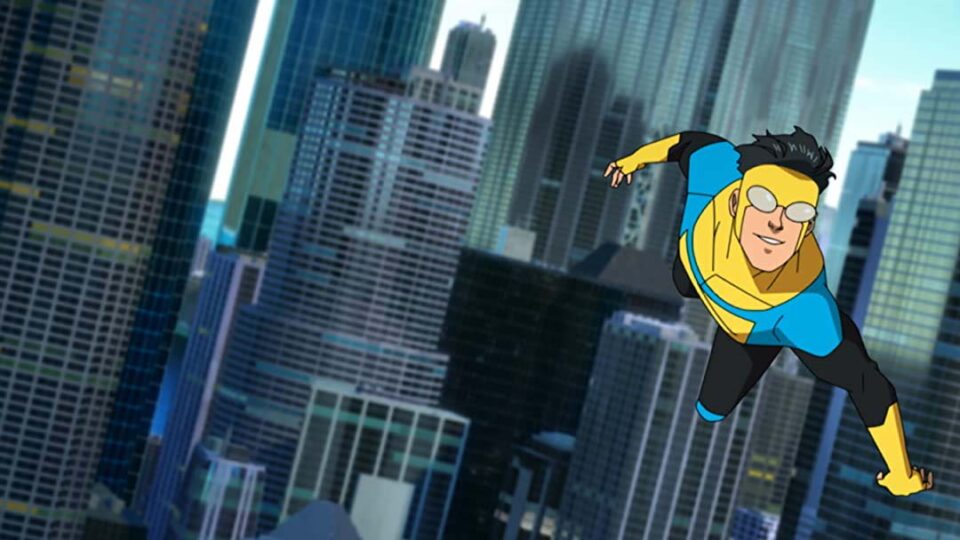 Animation has come a long way since the days of Snow White or Steamboat Willie, both in terms of technology and content. While production of fairy tale, educational and sometimes saccharine animation films and series that are aimed at children have not stopped (thank God for Disney), the last years 10 years has seen a significant rise in animation projects that are targeted towards adults, with far more complex and often darker themes.

On the surface, this looks like your run-of-the-mill superhero animated series, with a touch of reality to keep up with the times. Mark Grayson, your average 17-year-old student, has more than teenage angst to deal with though, as he still hasn’t developed any superpowers despite being the son of Omni-man, the world’s greatest superhero and this universe’s version of Super-Man. The pilot episode follows Mark as he struggles to cope with the fact that he might not be a superhero and how he would be a disappointment for his dad. Of course, in typical superhero fantasy fashion, this is eventually resolved and the world is alright again.

Until the finale of the episode.

Because that’s where the show shifts gear and goes from a PG-13 rated superhero fun to a gorefest so violent it would make Eli Roth squirm.

Written by Robert Kirkman, The Walking Dead creator, Invincible is a hyperviolent take on the superhero culture and spares no detail. It is also comedic and self-aware enough to crack jokes at the genre, making this an enjoyable series.

A genius sociopathic grandpa taking his grandson for interdimensional adventures sounds like the plot of a sci-fi series one might come up with after consuming copious amounts of hallucinogens. And it most probably is.

Justin Roiland and Dan Harmon launched the show back in 2014 and never thought it would explode in popularity. The show leans heavily on sci-fi, physics conundrums and has an abundance of pop-culture references and inside jokes, making it a fan favourite for young adults. The show was so successful it even had real-life consequences when one of the creators made one of his favourite dipping sauces from McDonalds when he was younger (the szechuan sauce) a main plot point.

The fast-food giant was flooded with petitions to bring it back and McDonalds decided to humour the people (and get on that sweet-sweet free publicity) and brought the sauce back for a day. The result was riots outside restaurants where thousands of show fans gathered to get their hands on some.

If you like your series heavy on the science, Rick and Morty is definitely for you.

One of the most celebrated original series of the last five years on Netflix, and the first to be on syndication, Bojack Horseman tells the story of Bojack, an anthropomorphic horse who was the star of a highly successful sit-com in the 80s but is now a washed-up narcissist and a raging alcoholic. Starring Will Arnett and Aaron Paul, Bojack Horseman is a hilarious, beautifully written series that bounces from comedy to drama effortlessly, exploring issues of addiction, trauma and mortality.

Not suitable for kids but exploring issues of puberty and growing up, Big Mouth recounts the challenges of hitting puberty and dealing with hormones, sexuality and friendship. Created by Nick Kroll, Big Mouth is a fictional recount of his pre-teen years and the perils of navigating adolescence and forging identities. With its crass humour, visual gags and quirky dialogue, this series makes a joke out of puberty and gives plenty to laugh about as we remember how we awkwardly stumbled through our own teen years.

Coronavirus: Almost like the old days at island’s airports

Yoga with horses and in botanical parks