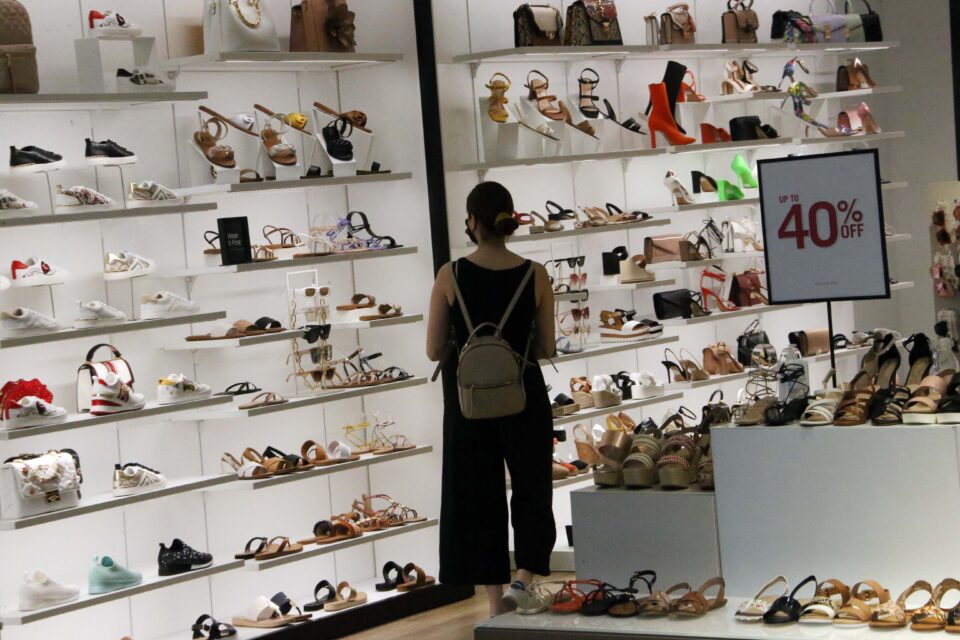 A SafePass is needed to enter a shoe shop

Is the SafePass forcing us to get vaccinated? Why is it so selectively applied? A look at the balancing act between public interest and private rights

The much-discussed decree by the health minister on the SafePass was published in the Official Gazette of the Republic on Saturday, May 8, in the late afternoon. In addition to the abolition of the SMS requirement as of Monday, May 10, it introduced a SafePass along with certain relaxations of the lockdown conditions which had been reintroduced two weeks before.

My effort today is to briefly look at this system from a legal point of view, as well as discuss some of the new measures, on the road back to normality.

One may recall the saga in relation to the minister’s earlier decree on April 23. The Presidential Palace had issued clarifications and the archbishop openly defied its provisions relating to access to church during the Holy Week before the Orthodox Easter. Thereafter party politics ensured attending mass was exempted from the SMS requirement and eventually the minister on April 26 issued legally binding amendments, thus watering down his initial decree.

Unfortunately, there had been no formal consultation between the minister and leading stakeholders in the community, fuelling the ever-increasing mistrust in the government as well as resulting in his clear U-turns.

What nevertheless sparked a great discussion was the minister’s announcement in a press conference on April 23 that a temporary certification would be introduced, abolishing the SMS system and regulating access to the retail trade.

The certification, first labelled a CoronaPass and now called a SafePass, would entail one of three requirements as a condition for access to specific locations.

One would either have to display a negative rapid or PCR test in the previous 72 hours or an administration of the first Covid vaccine shot at least three weeks before or confirmation of Covid-19 in the last six months.

This blatant interference with one’s rights was the subject matter of intense legal discussion, revolving around its compatibility with human rights and the constitution.

Actually, what had not been discussed and was perhaps of greater legal significance was the lack of any justification or even explanation as to the abolition of the Orwellian SMS and its replacement with the SafePass. This actually raises the question of the necessity or indeed proportionality of the single SMS when it was reintroduced on April 23. Unfortunately, it has so far remained unanswered.

The general issue here is to what extent does the SafePass indirectly force people to get vaccinated. It is clear that the state cannot directly force an individual to be vaccinated against Covid-19, but would this certification system (now SafePass for PR purposes) do the job?

On the one hand, there is the responsibility of the state, as a matter of public health priority, to have to restrict movement in an effort to slow down the spread and manage hospital resources which were reaching breaking point.

On the other hand, one is entitled not to be vaccinated as a matter of human rights and one’s right of freedom of movement cannot be restricted disproportionally.

The fact that the SafePass was not horizontally applied to all of the retail trade supports the side of the state.

The individual cannot claim that its own freedom has been totally restricted since the SafePass only applies to malls or big department stores, thus leaving normal shops or even supermarkets outside the scope of its application. They of course have to observe the 1 person per 10m2 provision.

Furthermore, restaurants and other such food establishments, have had their opening hours extended to 22:45 hours but have the SafePass as a requirement for access.

It appears that the selective application of the SafePass to non-essential retail outlets would also weigh in favour of public health but one still has to do a balancing act between public interest and private rights.

On the other hand, there are some absurd conditions in the decree that perhaps merit attention. Beauty salons, barbershops and tattoo establishments do not require a SafePass but are subject to “guiding instructions” issued by the ministry.

These guidelines do not appear to have any legal basis, as it is only the minister – and not the ministry as an entity – who in view of the authorisation of the Council of Ministers, can issue decrees under the Quarantine Law.

It is thus quite possible that these “guiding instructions” are of no legal effect and the abovementioned establishments can operate outside the ambit of the SafePass.

Interestingly, as an exemption to the general prohibition of large gatherings or demonstrations, parades, or concerts, two football matches will be allowed spectators at 15 per cent of the capacity of the stadium.

The first was the last game of the championship where the champion was crowned on May 10. The second is the cup final on May 15.

A close look at the relevant provisions shows that a SafePass will be required for the limited number of spectators but there is a total ban on fans being outside the stadium. This appears to be a political compromise, but one wonders how effectively it will be enforced.

Additionally, while speaking of enforcement of the SafePass it became apparent during the discussions that the minister by April 23 when the pass had been announced had not consulted the Data Protection Commissioner. She had thus not been able to give her position on the compatibility of the proposed system and the protection of personal data.

Apparently only the police or specially authorised persons are allowed to check the enforcement of the SafePass because of the protection of personal data.

Furthermore, it is still unclear how these data will be stored, for how long and whether they could be transferred to other EU countries along the basis of the system currently under development by the European Commission.

Perhaps, another area worth looking at is that of the private service providers. These appear to be businesses for which no SafePass is required. Nevertheless, there is a restriction on only 30 per cent of the workforce being physically present at the workspace up to May 16. From May 17 this is increased to 50 per cent.

What is however absent is any reference to the possibility of revision of the abovementioned calculation for persons with a SafePass, i.e., for vaccinated persons to be exempt from the 30 or 50 per cent restriction accordingly. If this were to apply it would not only be a major boost to these businesses, but it could even act as an incentive to be vaccinated.

Again, there is this obscure reference to operate on the basis of “guiding instructions” which, as already mentioned, do not appear to have any legal basis and thus no effect.

I have tried in a simplified way to set out some of the legal issues surrounding the introduction and hopefully temporary use of the SafePass.

I must though say that it looks like it is here to stay for a while in some form or other as the number of vaccinated persons is increasing and the tourist market is also opening up.

As far as its legality, I am sure that it will in one way, or another end up before the court, whether in its criminal, administrative or civil jurisdiction as I had tried to explain in my article last month.

Hopefully, the courts will give their answer as soon as possible.