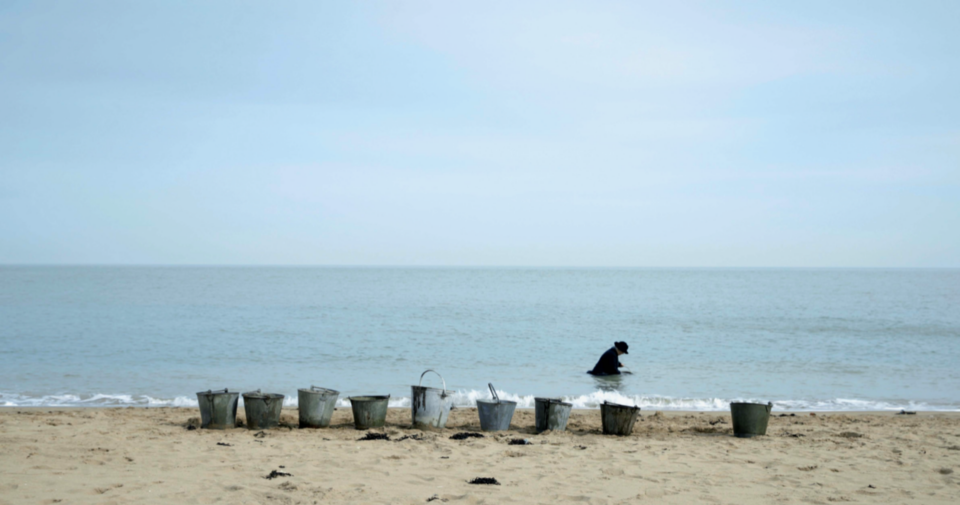 Coming up this week, artist in residence at the Cyprus Academy of Arts Helen Kirwan will present the sixth in her series of online performances to be broadcast live to a global audience. The performance on Friday is part of Kirwan’s Grief-Work series which is a direct response to the poignancy of the global pandemic.

During her sixth performance in the series titled Emptying the Sea, Kirwan attempts to do exactly that. “In Greek Cypriot culture,” explain the organisers, “the sea pervades all aspects of life: the sea and sea-crossing pervade ancient myths, poetry and imagery. It is viewed as the interface between the worlds of the living, the dead, and the gods, and between reality and imagination; seawater was used for various kinds of purification and many rituals held on the seashore.”

During this performance, viewers will again become immersed in a compelling, absorbing experience as they watch these seemingly infinite repetitions. Kirwan regards these repetitive tasks and absurd processes as metaphors for the mourning process and as a medium for the metaphorical construction of memory.

Kirwan’s work draws on her own experience of mourning the loss of a loved one and her belief that however difficult, grief needs attention. It’s time for some respect especially when over 2.5 million people have recently died during the pandemic and countless more are in mourning. It seems also that people are becoming more introspective and open to contemplative work; perhaps after decades of sensory overload, losing their appetite for the sensational and their perpetual craving for the ‘new’.

New book by OUC professor looks at rise of populism