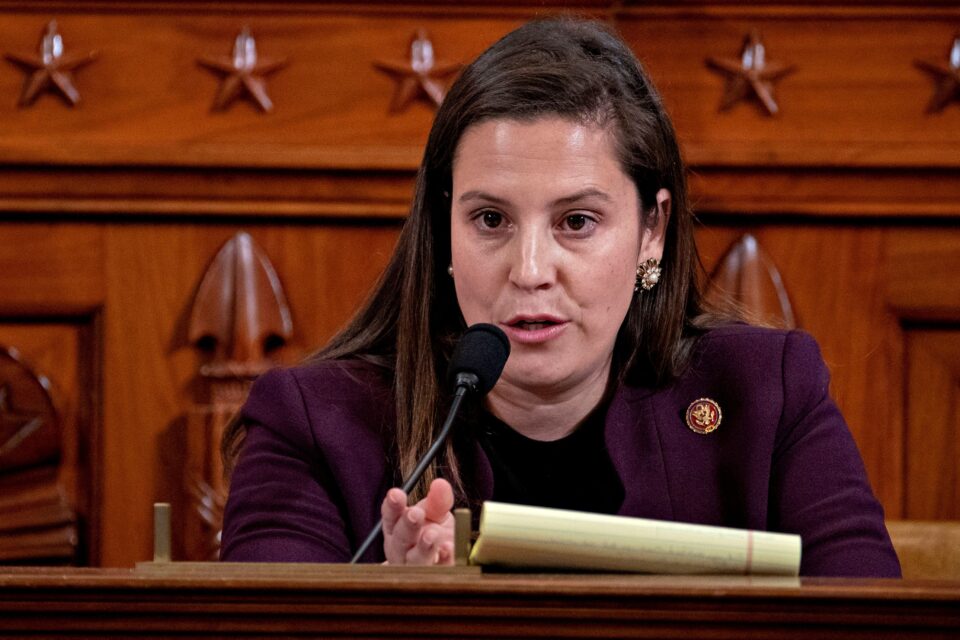 U.S. House of Representatives Republicans on Friday followed Donald Trump’s lead and elected Elise Stefanik to serve in their No. 3 leadership position, replacing Liz Cheney, an outspoken critic of the former president.

The vote boosted Trump’s dominance over the party even after his defeat in last November’s presidential election, further positioning him to play a major role in next year’s congressional elections as he also flirts with a 2024 White House run.

Stefanik defeated Representative Chip Roy, who entered the race to serve as chair of the House Republican Conference on Thursday night.

Trump is reasserting his dominance over the party even as Cheney vows to continue to fight to prevent him from winning the White House again in 2024.

Republicans lost control of both houses of Congress during Trump’s one term in office, but he continues to seek revenge on elected Republicans he sees as disloyal.

Stefanik was a fierce defender of Trump during his two House impeachment ordeals. Despite her somewhat moderate voting record she defeated the rock-solid conservative Roy.

Following the closed-door vote, Trump issued a statement saying, “Congratulations to Elise Stefanik for her Big and Overwhelming victory! The House GOP is united and the Make America Great Again movement is Strong!”