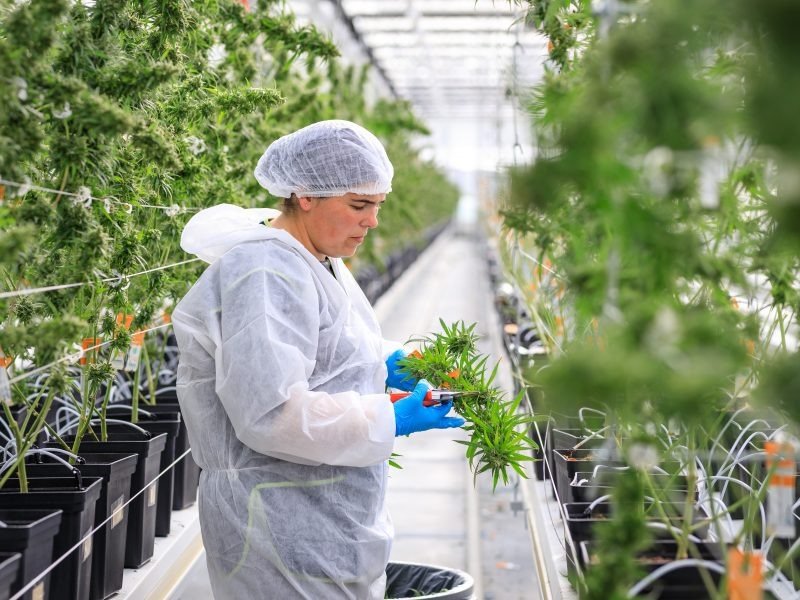 Cyprus is beginning to import medical cannabis from Israel.

Crucially for the company, this allows Materia to tap into the burgeoning German market which has quickly grown to become one of the largest in the world.

“The reality is Germany is a larger market today than all other European markets combined… For us, Germany is markets one, two and three,” said Materia Managing Director Nick Pateras earlier this month.

Suppliers are able to place large volumes in Germany. In 2019, the German federal government disclosed that it had placed a purchase order for 650 kilograms of medical cannabis flower from domestic producers for €1.5 million per quarter.

This reflected a very low approximate price of €2.3 per gram, as the German government’s competitive tender process highly incentivises low prices from any interested producers, but is spending large sums on medical cannabis.

The problem for medical cannabis producers, however, is that other countries are adopting similar tender processes. This has had an adverse effect on margins in recent years.

In 2018, Italy awarded pharmaceutical company Aurora the sole contract for medical cannabis at an average price of €3.2 euros per gram, almost more than double the German price in 2019.

However, that price fell to €2.5 euros per gram in the following year, nearly matching the price per gram in Germany.

In Malta, where the government has a softer stance on cannabis products than elsewhere in Europe, a mere three companies have managed to acquire this certification, with Materia being the latest one to get it.

Besides Malta, Materia has facilities in the United Kingdom, Denmark and Germany, with the latter being their primary focus moving forward.

The German market demand was initially satisfied by a combination of domestic producers and producers in the Netherlands Portugal and Canada. It has since grown to the point where producers in Australia, Colombia, Denmark, Lesotho, Greece and Malta have also joined its suppliers, with more countries expected to join the list in the future.

Gesetzliche Krankenversicherung (GKV), the public health insurance organisation that covers 90 per cent of the German population, released data in April of this year which shows that the medical cannabis market in Germany continued to grow in 2020, exhibiting an increase of 34 per cent year-on-year.

Figures show that sales of medical cannabis totalled €43 million for 2020, although this amount excludes any sales which were covered outside the public health system.

In a report by Prohibition Partners, it is estimated that Germany had 128,000 active patients using medical cannabis in 2020.

Panaxia Labs Israel, Israel’s largest manufacturer of medical cannabis products, on February 3 announced that it was selected by the government of Cyprus to supply premium oils it has developed under the Panaxir brand for medical cannabis patients in the country.

As part of the agreement, Panaxia will initially export two types of medical cannabis oil in different concentrations from its premium line, which are produced according to EU-GMP requirements and according to strict pharmaceutical standards. In the future, the option of expanding the range of products will be examined.