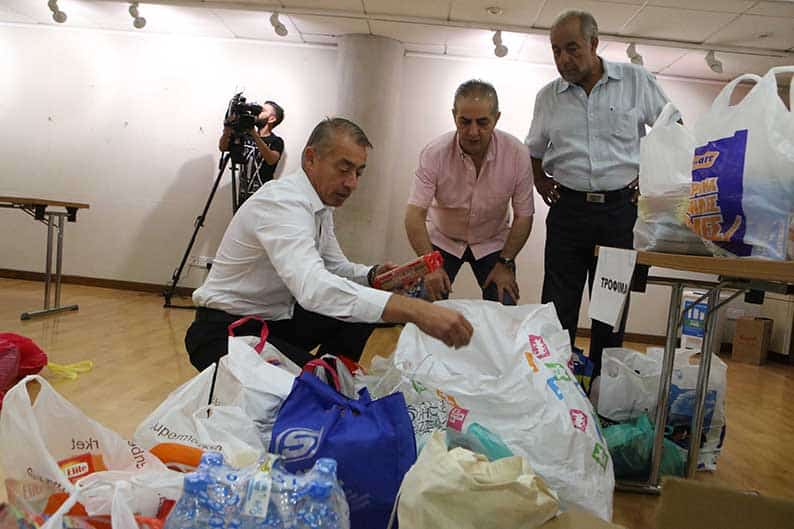 Sparks continued flying on Thursday over the resignation of Volunteerism Commissioner Yiannis Yiannaki, the affair bleeding into the last stretch of the election campaign showmanship, as more details came to light indicating forgery in his claimed degree from a US university.

Yiannaki quit on Wednesday, at the same time as police confirmed they were investigating possible offences (forgery) relating to the credentials he submitted to the Youth Board of Cyprus (Onek).

He was first appointed to Onek in 1996, later securing a permanent job there in 2007. In 2013 President Nicos Anastasiades appointed him Volunteer Commissioner.

Apparent tampering with Yiannaki’s high school diploma, and his university degree, was discovered by the auditor-general, after receiving an anonymous complaint about the issue.

Media published a photograph of the English translation of Yiannaki’s secondary school diploma. It showed a mismatch between the grades of several subjects written out in numbers and in letters, suggesting they had been tampered with.

In his own letter to the police, auditor-general Odysseas Michaelides asked police to investigate possible forgery of the secondary school diploma in Yiannaki’s Onek file, possible forgery of the two university degrees (that in the file and that later sent to his office), circulating forged documents and submitting false information to the auditor general.

Opposition parties wasted no time attacking the government over its track record in terms of corruption in public life.

The Akel-affiliated newspaper Haravghi ran a front-page banner headline that read, “Another ‘best of the best’ under investigation,” sneering at Anastasiades’ claim of the past that he always appointed ‘the best of the best’.

Hitting back on Thursday, Anastasiades said his critics sought to take advantage of the affair to score cheap political points ahead of the May 30 parliamentary elections.

He said he accepted Yiannaki’s resignation immediately, since the official was under investigation for potential criminal offences.

The president recalled that Yiannaki was first appointed to Onek in 1996, later landing a permanent position there in 2007 – during the administration of Tassos Papadopoulos.

“In any case, the responsibility for checking an appointee’s qualifications does not lie with the President of the Republic.”

A similar line was taken by Viktoras Papadopoulos, director of the president’s press office. In a written statement, he laid into Akel in particular, accusing them of pursuing “nihilistic politics.”

The presidential aide also veered into Akel’s criticism of the now-defunct passports programme, countering that it was an Akel MP who was caught on camera by al Jazeera apparently assisting a dodgy Chinese investor in acquiring Cypriot nationality.

Opposition parties kept releasing statements on the matter on Thursday, sustaining the momentum.

Politicking aside, questions were being asked as to whether Yiannaki should return his remuneration assuming it is proved he was serving under false pretences.

Another issue relates to whether Yiannaki should qualify for retirement benefits.

Though he is out as Volunteer Commissioner, he has also resigned from Onek – where he still was a government employee – but Onek has yet to accept his resignation.

If Onek does eventually accept the resignation, Yiannaki would be eligible for a pension. If it does not – for example if it launches a disciplinary probe – or if it voids his initial appointment, he gets no pension.

According to reports, Commissioner Yiannaki’s net salary came to €5,090 per month.

When initially appointed to the newly created post of Volunteer Commissioner, his earnings came to €3,050 in his ongoing status as an employee of Onek.

Later on, the cabinet granted him an additional €2,040 in various allowances.

It’s also understood that Onek employees need to have a college diploma; but the position of Volunteer Commissioner specifically does not require such qualifications.

Local media published a photo of the degree – a Bachelor in Civil Engineering, issued on June 29, 1992.

The document bears the signatures of four officials – one of whom is Edmund Gerald Brown Jr, cited as Governor of California and President of the Trustees.

Our View: We are still a very long way from normality