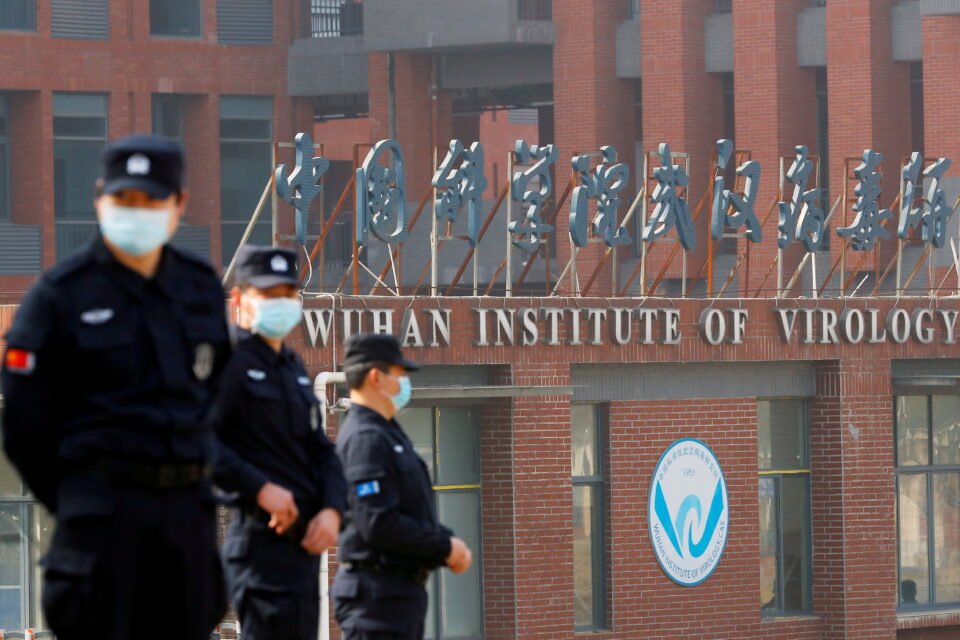 FILE PHOTO: Security personnel keep watch outside the Wuhan Institute of Virology during the visit by the World Health Organization (WHO) team tasked with investigating the origins of the coronavirus disease (COVID-19), in Wuhan, Hubei province, China February 3, 2021. REUTERS/Thomas Peter/File Photo

President Joe Biden ordered aides to find answers to the origin of the virus that causes COVID-19, saying on Wednesday that U.S. intelligence agencies are pursuing rival theories potentially including the possibility of a laboratory accident in China.

Intelligence agencies are considering two likely scenarios but still lack strong confidence in their conclusions and are hotly debating which is more probable, Biden said.

The conclusions were detailed in a report to Biden, who asked his team in March to detail whether the novel coronavirus “emerged from human contact with an infected animal or from a laboratory accident,” according to the president’s written statement.

Biden‘s unusual public disclosure about private and inconclusive U.S. intelligence assessments revealed a debate raging within his administration over where the novel coronavirus originated. It also lent credence to a theory that the virus may have emerged from a Chinese research laboratory instead of in nature.

China’s embassy in the United States said late on Thursday that politicizing the issue would hamper investigations into the origins of COVID-19.

China supports “a comprehensive study of all early cases of COVID-19 found worldwide and a thorough investigation into some secretive bases and biological laboratories all over the world,” the embassy said in remarks attributed to a spokesperson, posted on its website.

The pandemic has killed more than 3 million people worldwide and battered the global economy because of lockdowns and other restrictions to slow its spread. The origin of the virus remains contested among experts. The first known cases emerged in the central Chinese city of Wuhan in December 2019.

In a report issued in March and written jointly with Chinese scientists, a World Health Organization-led team that spent four weeks in and around Wuhan in January and February said the virus had probably been transmitted from bats to humans through another animal, and that “introduction through a laboratory incident was considered to be an extremely unlikely pathway.”

Washington’s frustration has mounted in recent weeks over what it sees as insufficient cooperation from China into the international investigation.

“I have now asked the Intelligence Community to redouble their efforts to collect and analyze information that could bring us closer to a definitive conclusion, and to report back to me in 90 days,” Biden said.

“As part of that report, I have asked for areas of further inquiry that may be required, including specific questions for China.”

U.S. agencies have been pursuing COVID-19’s origins since the government first recognized the virus as a serious health risk in early 2020.

The source of that early intelligence or how reliable U.S. agencies rate it is not known. It remains unclear whether the afflicted researchers were hospitalized or what their symptoms were, one of the sources said.

Intelligence committees of both the U.S. Senate and House of Representatives are investigating how U.S. agencies have reported on and gathered information about COVID-19’s origin, how it spread and how governments have responded to it.

A report issued by House Intelligence Committee Republicans earlier this month focused particularly on the Wuhan Institute of Virology.

The Republican report asserted that “significant circumstantial evidence raises serious concerns that the COVID-19 outbreak may have been a leak” from the institute, suggested the Wuhan lab was involved in biological weapons research, and that Beijing had attempted to “cover up” the virus’ origins.

Washington has called for the WHO to open a second phase to its investigation on COVID-19’s origin.

On Wednesday in Geneva, WHO emergency director Mike Ryan said the agency expected to provide an update on its proposed next steps “in the coming weeks.”

The Chinese embassy in the US responded by saying that politicising the origins of COVID-19 would hamper further investigations and undermine global efforts to curb the pandemic.

The embassy in Washington said in a statement on its website on Wednesday evening “some political forces have been fixated on political manipulation and (the) blame game”.

As the World Health Organization (WHO) prepares to begin a second phase of studies into the origins of COVID-19, China has been under pressure to give investigators more access amid allegations that SARS-CoV-2 leaked from a laboratory specialising in coronavirus research in the city of Wuhan.

China has repeatedly denied the lab was responsible, saying the United States and other countries were trying to distract from their own failures to contain the virus.

Biden said on Wednesday that U.S. intelligence agencies were divided about whether COVID-19 “emerged from human contact with an infected animal or from a laboratory accident”.

Yanzhong Huang, senior fellow for global health with the Council on Foreign Relations in Washington, said China’s lack of openness was a major factor behind the resurgence of the lab leak theory.

The Chinese embassy said it supports “a comprehensive study of all early cases of COVID-19 found worldwide and a thorough investigation into some secretive bases and biological laboratories all over the world.”

The Global Times tabloid, part of the ruling Communist Party’s People’s Daily newspaper group, said late on Wednesday that if the “lab leak theory” is to be further investigated, the United States should also allow investigators into its own facilities, including the lab at Fort Detrick.

“Very clearly they are trying to internationalise their way out of the jam they are in,” said Jamie Metzl, senior fellow at the Atlantic Council think tank, who has been campaigning for a new independent investigation.

A joint China-WHO study published in March said that it was highly improbable that SARS-CoV-2 leaked from the lab, adding that it most likely spread from bats to humans via an as yet unidentified intermediary species.

China has also continued to point to the possibility that COVID-19 originated in another country and entered via infected frozen food or through southeast Asian wildlife trade networks.

“The pandemic started in China,” Metzl said. “Let’s start with a full investigation there and expand as necessary. In short, this (statement from the embassy) is an outrageous insult to every person who has died from this terrible tragedy and their families.”

Huang of CFR said further investigations into the origins of COVID-19 were at an “impasse”.

“Ideally you want China to be more cooperative and more transparent,” Huang said. “But now the issue has become so politicised, with the stakes of the investigation so high.”

Flight ban to Belarus not yet in effect

Turkish lira, at 10.32 to euro, is under extreme stress