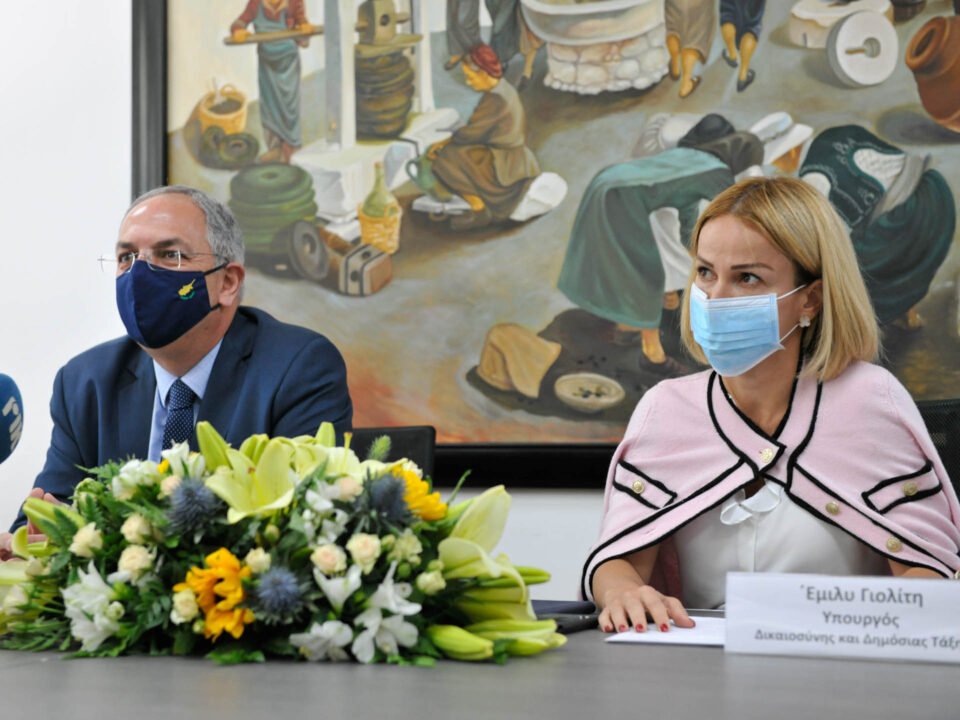 A cooperation protocol between state veterinary services and police constitutes another important step in effectively dealing with animal abuse, Justice Minister Emily Yiolitis said on Tuesday after she and Agriculture Minister Costas Kadis signed the agreement.

Kadis, in the meantime, announced that a hotline will soon be launched for people to report cases of animal abuse.

This protocol sets out specific actions that the competent authorities, the veterinary services and the police, should take in relation to complaints sbout animal abuse or poor living conditions.

“Today we are taking another important step in tackling animal abuse more effectively, but also for their welfare in general,” Yiolitis said. She added that her ministry, recognising the need to create an effective institution that can meet society’s demand to protect animals and punish those who abuse and mistreat them, had in cooperation with the police, promoted an amendment of the law to establish the Animal Police.

This offers specialisation in the investigation of cases concerning violation of the provisions of the law on protection and welfare of animals and the law on dogs, all over Cyprus.

“The members of the Animal Police will receive appropriate and special training at regular intervals in investigating cases of animal abuse and cruelty and will cooperate with the district animal welfare committees and the community police,” she added.

“Today complaints are made either to the veterinary services or to the police, depending on the nature of each incident. So, we are currently setting up a special telephone line for such incidents, which will be available to everyone,” Kadis said. Announcements on this will be made within the next month, he added.

He said people can call to report neglect and abuse cases such as dogs permanently tied up, dumped on terraces and balconies, exposed to the weather, with no food and water or when an animal is abused by its owner.

“In all these cases, the incident can be reported to the competent services and where it is deemed necessary, immediate intervention will be made in a coded manner,” Kadis said. He added that animal protection and welfare issues are very high on the government’s priorities.

Through the signed protocol, he said, the competent state services will investigate reports of animal abuse or neglect in a uniform and effective manner. The formulation of such a protocol was also the requirement of animal welfare organisations, he said.

Yiolitis also said that introducing harsher penalties for animal abuse would further contribute to curbing such crimes, adding that her ministry is already working on a bill to increase penalties, as those currently in force are low.

“The practical implementation of the protocol that we are signing today is expected to significantly improve the procedures for handling cases of neglect and animal abuse and will be an important tool to strengthen animal protection in our country,” Yiolitis said.

The minister called on everyone “to show the necessary respect for animals and to help authorities locate animals that are being abused or living in poor conditions.”

A month full of music at Darcy’s Restaurant