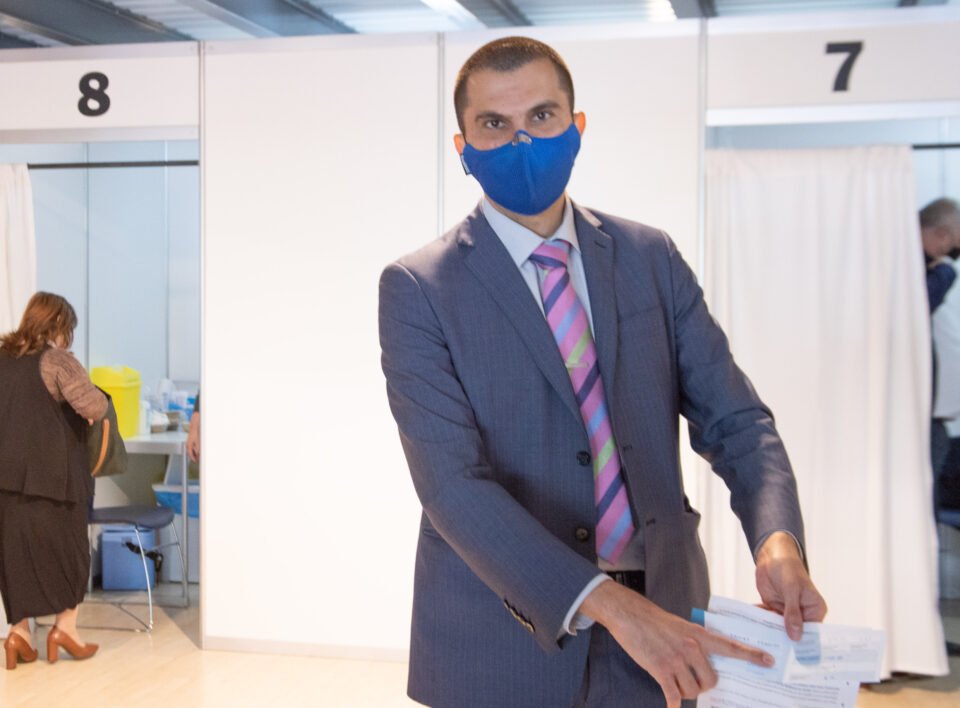 Cyprus deserves to be placed in the green list of countries by the UK government ahead of the crucial summer season, Deputy Minister of Tourism Savvas Perdios was quoted as saying on Wednesday.

“Cyprus absolutely deserves to be green-listed,” Perdios told the UK’s Daily Telegraph in an interview.

“We have made a lot of progress, especially over the last month.”

Cyprus, which highly depends on visitors travelling from the UK was the first EU nation to reopen to fully vaccinated Britons or those with a negative PCR test result but failed to be green lit by the UK government on May 7.

The island is currently in the amber list, which means that visiting Britons will incur the requirement for 10 days of self-isolation on return and to take two PCR tests.

Perdios travelled to London on Tuesday and briefed the British side on the island’s improved Covid-19 data ahead of the update of the UK country rating list, which will take place on June 28.

Perdios said he briefed his interlocutors on the improvement in the daily test positivity rate couple with the high number of tests, with the reproduction rate (R) approximately 0.5 per cent, adding that every two weeks the number of tests are equivalent of the island’s population.

“These data, that is, the test positivity rate and the R rate, are quite lower than the respective British indices” he added, noting that over the last month, Cyprus has been sending weekly Covid updates to the British authorities.

He also said that he briefed the British side that over 50 per cent of Cyprus population had received first dose of EMA-approved jabs, while the aim is to reach 65 per cent of the population by the end of June.

“We told them that the first round of inoculations has been completed and now were giving the opportunity to 18-year old persons to be vaccinated,” he said, noting that many young people across all sectors of the economy and not just the tourism sector, have been vaccinated.

Perdios told the Telegraph that the data registered may be cause for optimism at the end of July, although a place on the green list might require other criteria, including a strong vaccination roll out.

“We are one of the few countries in Europe that has been so open to the UK in terms of travelling in the pandemic,” said Perdios.

“France and Germany are not so comfortable in terms of opening borders to the UK as both countries have recently tightened restrictions for British visitors due to the prevalence of the “Indian variant.

“There is no chance that Cyprus is going to do something similar.”

Perdios added that Cyprus has guaranteed to the UK since April 1 that not only are flights from the UK to Cyprus not going to be stopped, but people are not going to be put in quarantine.

“The only time at which UK travellers would be required to quarantine in Cyprus is if they test positive while in the country,” he said.

“In this case, they and their close contacts would need to spend at least seven days in a quarantine hotel or hospital. The cost of this accommodation is covered by the government of Cyprus. Plus, quarantine would be waived for those who are fully vaccinated.”

Perdios also questioned the EU’s slow approach in reopening to outside countries and in the implementation of its digital green certificate for travel.

“I think this has been one of the thorns in everybody’s side,” he said.

“You can understand why, as a country, we came out much in advance of this information to the UK market. By July 1, half the season has gone.”

On Wednesday Perdios will travel to Athens to attend the UN World Tourism Organisation. He will travel to Moscow on Saturday to promote the restart of chartered flights to Cyprus.

Top 5 places for a honeymoon trip