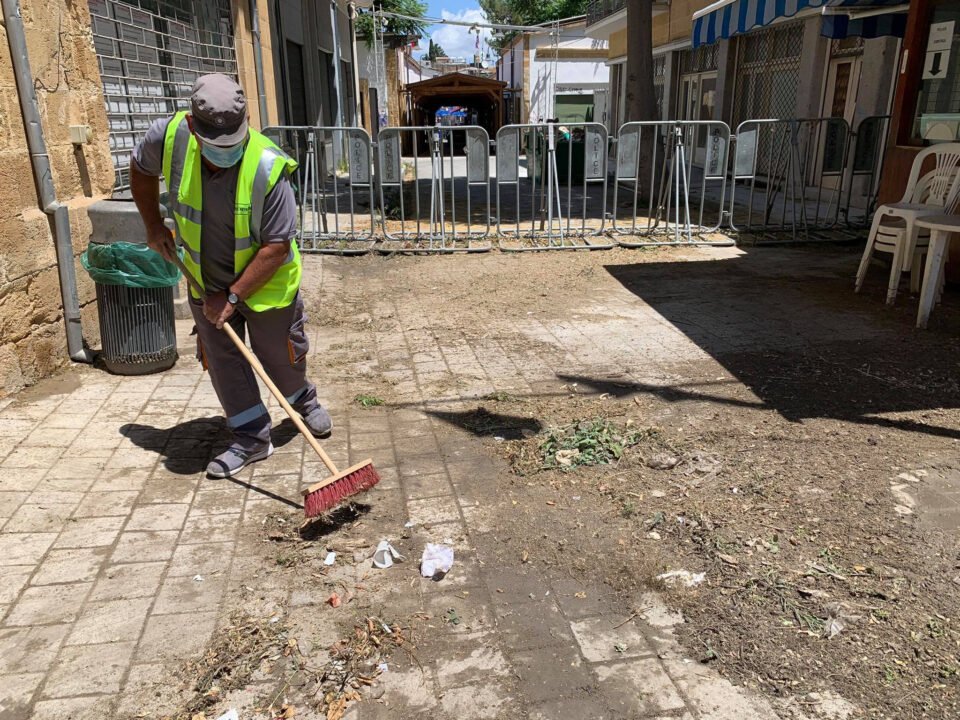 A major breakthrough was reached on Wednesday with the reopening of all the crossings between the north-south divide set to take place on Friday, June 4.

According to Aleem Siddique, the UN spokesperson in Cyprus, the two leaders agreed to synchronise Covid-related measures allowing all the crossings to properly reopen for the first time since February 2020.

Preparations were already under way at the Ledra Street checkpoint on Wednesday to prepare for the reopening of the crossing there, with barriers on the side of the government-controlled areas being removed.

Street sweepers removed dirt, leaves and debris which had piled up over the months the once busy and bustling crossing had been closed.

Other Nicosia municipality workers cut weeds which had sprouted up around the Greek Cypriot passport control booth.

As per the agreement, the epidemiological situation will be reviewed on a biweekly basis and categorise the “appropriate level to be applied at the crossing points”, Siddique said.

As of June 4 the level 2 (orange) status will apply to all crossings.

In the case of level 3 (dark red) crossings will only be available for health reasons (72 hr negative PCR test) and crossings for work, education, residence-related purposes (seven day negative rapid or PCR test).

Notably, there are mechanisms in place to reassess the data should there be a rise in positive coronavirus (from either side) which may lead to the implementation of ‘higher levels’ if the experts deem it necessary.

As for vaccinations, the UN said that the measures that will be applied to vaccinated persons are currently being worked on and will be announced in due course. At present, however, a vaccination certificate is not accepted.

“I’m super excited, I haven’t been able to see many of my friends basically since last summer,” Michalis Andreou, a 31-year-old Greek Cypriot, told the Cyprus Mail after the announcement was made.

The talks took place in coordination with the UN special representative Elizabeth Spehar, “building on the important work and expertise of the Technical Health Committee”.

It was later announced that President Nicos Anastasiades and Turkish Cypriot leader Ersin Tatar are to hold a teleconference on Thursday morning in light of the development.  Spehar is to also take part.

Unite Cyprus Now, an NGO promoting reunification, Tweeted: “Thank you to UN Cyprus and all those who worked for this.”

Left: How the crossing looked up until Wednesday’s clean-up (right) began

For its part, the UN announcement said that the reopening of all crossing points will facilitate free movement, promote people to people contacts, build trust and have an overall positive socio-economic impact.

This sentiment was echoed by the embassies of Britain, France and the US in Cyprus which welcomed the move.

“Great to see today’s announcement that the crossings will reopen on Friday!” US ambassador Judith Garber tweeted.

“Allowing Cypriots to meet, trade, and move freely benefits all who call this island home,” she said.

The British high commission was also supportive, saying that: “UK in Cyprus welcomes the coordinated reopening of the checkpoints and hopes this will mark the resumption of the all-important bicommunal contact & activity that brings Cypriots from all over the island together.”

Anastasiades in late February 2020 said it was necessary to temporarily close the crossings to pre-empt a potential spread of the coronavirus.

Aside from short, isolated reopenings which required complex and often contradictory paperwork from both sides, they have been shut ever since except to special groups of people.