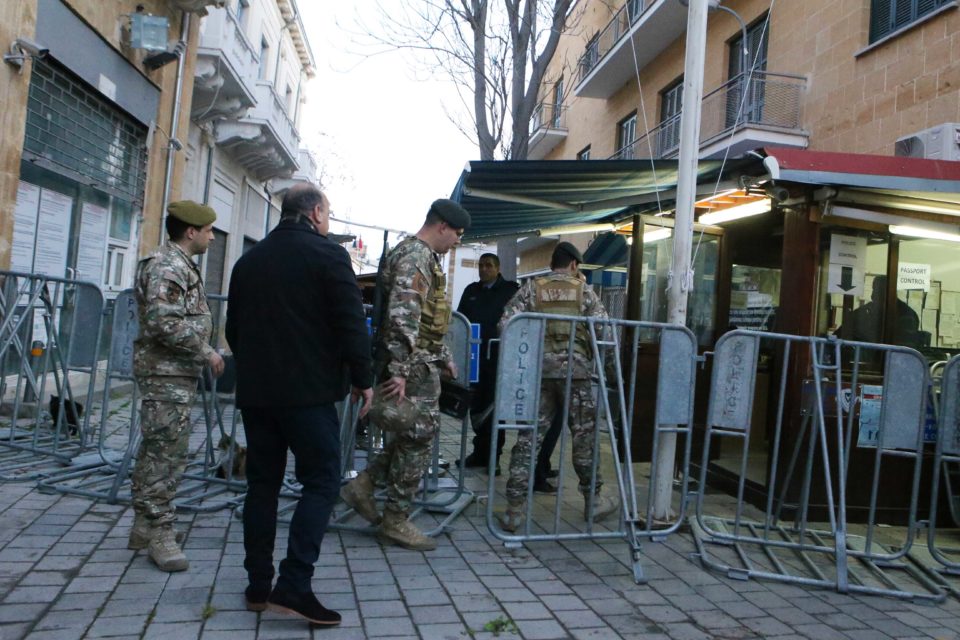 President Nicos Anastasiades said on Saturday there had been “no other choice” but to close crossing points to try and pre-empt a potential spread of the coronavirus as the government faced a fierce backlash and protests over the move.

Four crossings to the north were shut down early Saturday for a week while, queues at checkpoints that are still open saw increased traffic and delays due to health screenings, particularly at Ayios Dhometios where one motorist said the queue was 3km long. 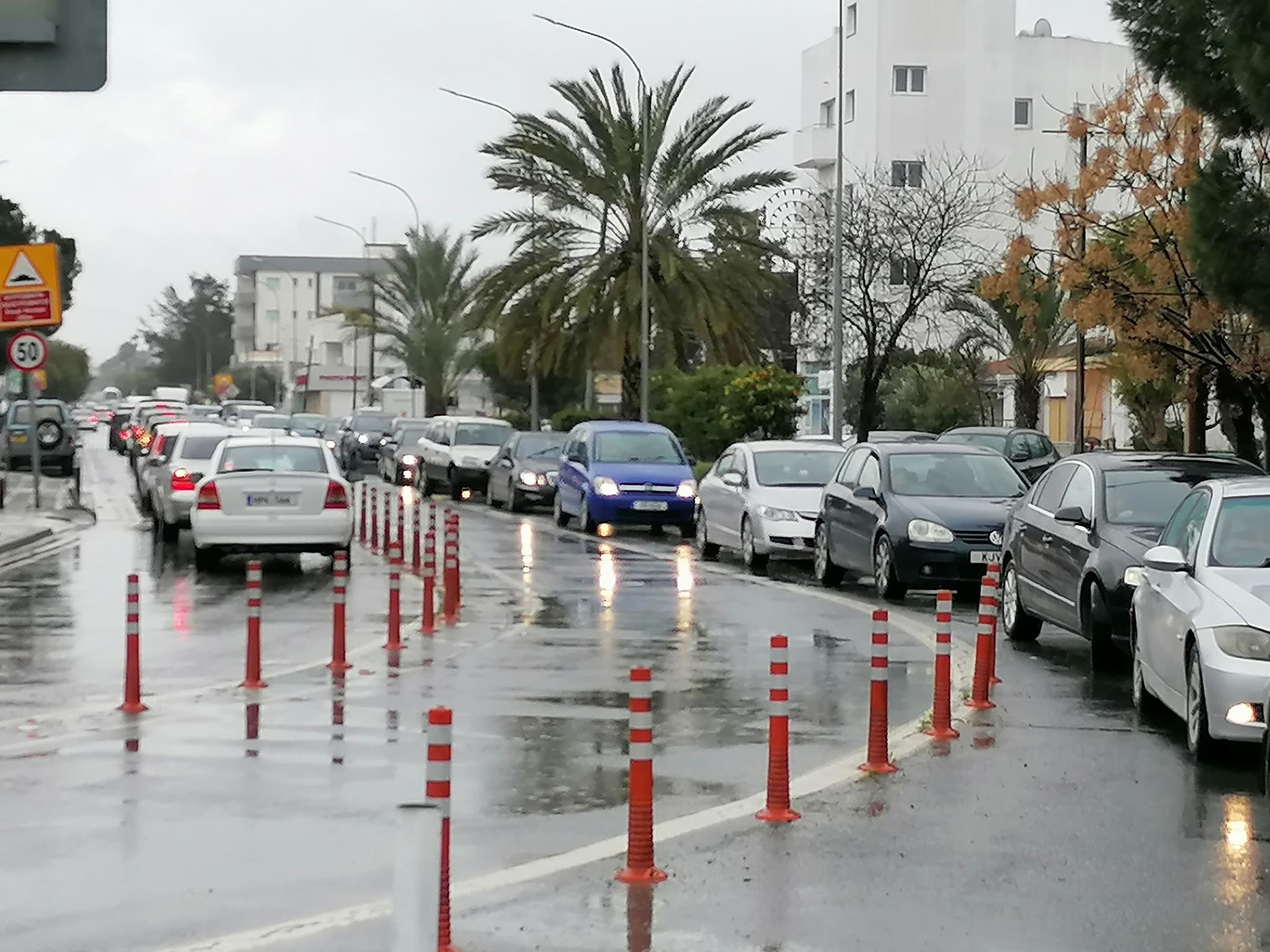 Cars from south going north Ayios DhometiosA number of protesters at the pedestrian Ledra Street checkpoint barged through police barricades, scuffling with officers, and crossed to the north despite efforts to stop them. Some 200 people began protesting there around midday. Scores of others protested on the northern end of the crossing also.

Speaking in Limassol, Anastasiades told reporters: “There was no other choice for more effective control.”

He said there were over 3,000 Iranian students in the north. Iran, he added, has been one of the most badly-affected countries for coronavirus but it was not just because of the large number of Iranians in the north.

“It is temporary decision to better control both incoming and the outgoing movement,” the president added.

He said he had explained it as such to Turkish Cypriot leader Mustafa Akinci, who had criticised Anastasiades for taking a unilateral decision instead of jointly deciding on what measures to take.

Asked whether Akinci accepted his reasoning, Anastasiades added: “It is not a question of whether or not he accepted it. It was a friendly chat. He said it was better not to take such action, or that only external borders should be checked. But I said what we see, and I referred to events which he did not dispute, about population movements.”

The president repeated that it was a temporary measure and did not justify protests. “The government has an obligation to take measures to protect the health of the people,” he said.

The crossings at Ledra Street, Astromeritis, Lefka and Dherynia closed at 6am on Saturday for seven days, after it was decided at an extraordinary cabinet meeting to try and prevent any spread of the coronavirus, Covid-19.

The remainder of the checkpoints, Ayios Dhometios, Ledra Palace and Kato Pyrgos remain open but were seeing increased traffic on Saturday for which additional staff will be needed such as nurses and ambulance staff, to help with the screenings of those crossing.

The British bases, which supervises the Strovilia crossing in the Dhekelia area, told the Sunday Mail on Saturday, the checkpoint was operating as normal, and a spokesman said they were continuing to monitor the situation.

Early Saturday, a Cyprus Mail photographer was on site to witness police putting up barricades at the Ledra Street crossing as bystanders stood looking on at the deserted checkpoint, which is generally busy on the weekends.

The closing of Ledra Street is a particular blow to those who cannot or do not cross by car, as well as to shoppers, tourists, retailers and cafes on both sides.

No walls in Cyprus!

It is the first time any of the crossings have been shut for any reason. The first crossing point to open was the Ledra Palace in April 2003 but Ledra Street did not open until April 2008 when Demetris Christofias and Mehmet Ali Talat were the Cyprus interlocuters.

Health Minister Constantinos Ioannou visited the Ledra Palace early Saturday. He said traffic was fairly quiet there compared with the Ayios Dhometios checkpoint, which he said also needed more nursing staff to cope with the increased movement of people to and from the north.

“Instructions have been given to increase the staff at the specific checkpoint,” he said.

One person crossing at Ayios Dhometios on Saturday said: “The queue looks to be about three kilometres long.”

Ioannou went to the Ledra Palace to check on the measures decided at the cabinet meeting.  There, he spoke with the police and medical staff on duty.

He said it was ‘generally quiet’ at the crossing, more utilised by diplomats, officials and the UN, but spoke of the necessity for more medical staff.

There is already a nurse at the Ayios Dhometios checkpoint, Ioannou said, adding that another nurse would be trained and be posted there as well.  More additions to staff will be made over the next few days, while the situation is consistently evaluated, he said.

Speaking in detail about the measures at Ledra Palace, Ioannou said the staff were examining people with a digital thermometer and they were being questioned about their recent travels.

Asked about criticism over the closures from opposition parties, Ioannou said he would make no comment on the political side of the matter. 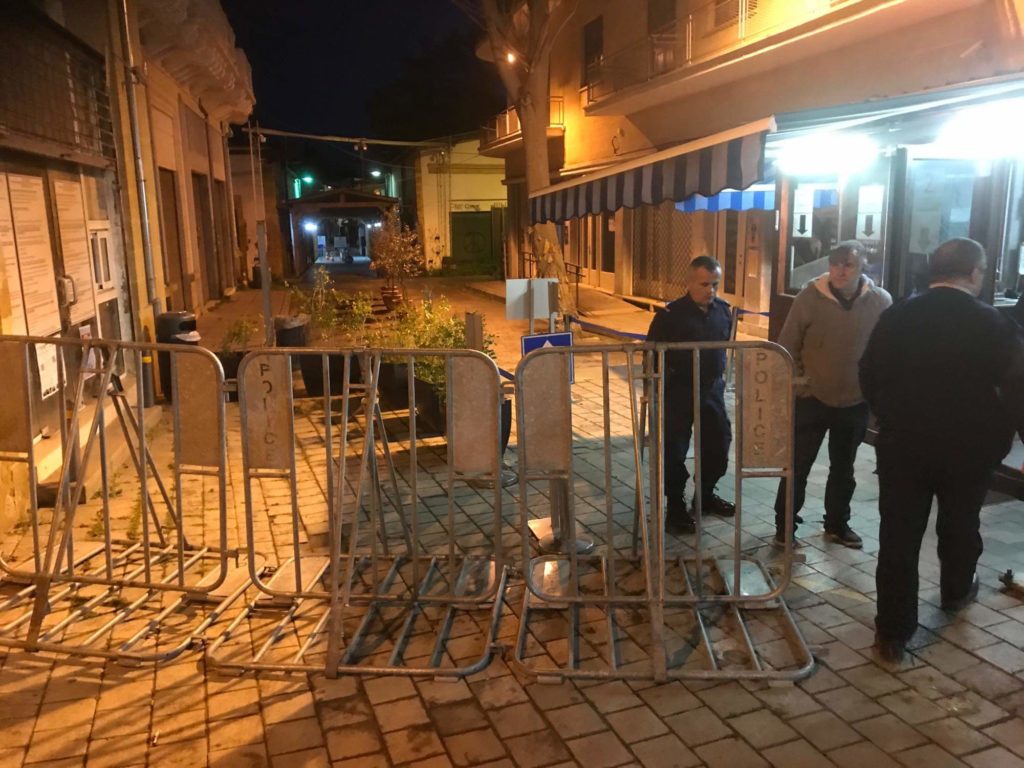 Erdogan asks Russia’s Putin to step aside in Syria