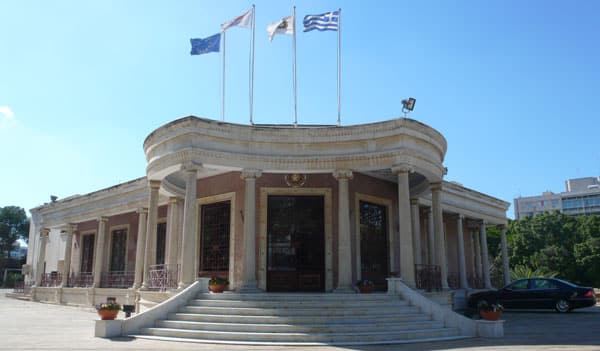 The bills for local government reform, through the merging of municipalities, were discussed in the House before the elections but were not approved because of disagreements among the political parties over how the reforms would be implemented.

Akel came up with a stupendously absurd idea, supported also by Diko, that once the reform was finalised it should be put to a referendum which would require the voters of each municipality to approve the proposed mergers. If 51 per cent of the voters in one municipality voted against the reform the whole project would be shelved. How democratic is it give 5,000 people of a single municipality the power to block reform that could have the support of 200,000 people?

It would be in charge of Athalassa and have more seats on the municipal council than it would have on the merged Nicosia council. It makes no secret of this in its announcement in which it complains that it would have only five councillors compared to the 13 that would be allocated to Nicosia. This would lead to the big projects not being carried out in Aglandjia, it claimed. It is thus encouraging its registered voters, to vote against the merger in a referendum, because their geographical area would miss out on the big projects.

It is a very superficial argument intended primarily to stir opposition against Aglandjia’s incorporation into the Nicosia municipality. This was inevitable given the practice of taking suburbs of the capital and turning them into municipalities with big budgets, hordes of employees, mayors and councillors. Those in charge do not want to give up the powers they have. The reality is that the mergers will not affect the lives of a municipality’s residents in a negative way. In fact, it could improve their quality of life as they would be provided with more and better services, including the so-called big projects.

The government needs to start arguing the case for reform, providing practical examples of the benefits people will enjoy, and recruit the support of some of the smaller parties for its bills. There would be no reform if it allowed Akel’s support for a referendum to go through the House.