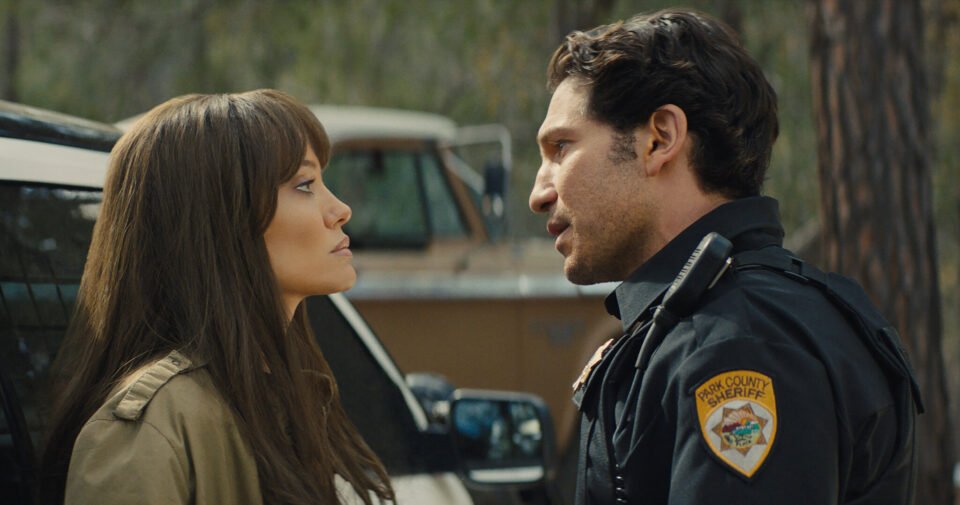 Staying away from the temptation of making (terrible) puns that the title of Taylor Sheridan’s latest movie invites will not be easy. Then again, avoiding puns will be a cakewalk compared to actually sitting through this dumpster fire of a film. It’s absolutely stunning to me how a director and cast of this caliber can have an end-result that is Those Who Wish Me Dead. The story is adapted from a book by best-selling author Michael Koryta, which a quick Google search will tell you has a lot of love. “A page turner!” “One of the year’s best thrillers!” “Summer reading doesn’t get better than this!” It sounds like it’s a great book, so what in the world happened to the movie?

Where to begin. The story clearly has all the ingredients to make for a suspenseful thriller, taking place in a pretty unique setting that’s ripe for a cinematic adaptation. It takes place in the woodlands of Montana, full of lush green forests surrounded by gorgeous mountains with thunder clouds and lightning seemingly always looming above. Hannah (Angelina Jolie) is a firefighter struggling from PTSD after a tragic incident that happened under her watch, where a fire engulfed three kids and all she could do was stand by watching. She is clearly still battling her demons, which is why being stationed in an isolated fire watch tower is meant to do her some good. Local sheriff Ethan (Jon Bernthal) seems to think so anyway.

Meanwhile, in Florida a criminal plot is unfolding. A couple of assassins, Jack (Aidan Gillen, who will forever be remembered as Littlefinger from Game of Thrones) and his brother Patrick (Nicholas Holt), murder a local District Attorney and his whole family in very casual style. While making breakfast for his son, forensic accountant Owen (Jake Weber) hears the breaking news about the DA’s death and starts to panic – instead of dropping off his son Connor (Finn Little) at school he instead heads for the state of Montana, where he intends to hide from the two assassins. They’re after him now because he has the evidence that his DA boss had, which ended up getting him killed. What is this evidence? Who wants to kill him? Why are we supposed to care? Don’t worry about it – Connor is a cute kid, and he’s in danger, and that’s all that matters.

All of that is a set up for Connor and Hannah to cross paths. They become an unlikely duo, escaping and hiding from the murderous Jack and Patrick who wish Connor dead. They wish her dead too, just because she’s in the way, which raises the stakes, but not really. Then there’s Ethan who is hot on their tail, but gets distracted by a wildfire that was started by Jack as a diversion. The saying “spreads like wildfire” gets new meaning with how monstrously fast this fire grows, dominating a lot of the cutaway shots in between Hannah and Connor bonding over miserable stories, and Jack and Patrick panting in pursuit.

A film with a story full of potential, with Taylor Sheridan at the helm (this is the guy whose directorial debut was Wind River – a seriously excellent thriller that you need to check out if you haven’t) and such a good-looking cast ends up being 100 times more disappointing when the final result is an utterly deflated, instantly forgettable affair. Everyone involved seems to be doing this out of some kind of contractual obligation, not because their hearts are in it. I think the last time I saw Angelina Jolie (who at age 46 still looks like a 22-year-old supermodel) was in Maleficent – and now I’m thinking she should stick to fantasy and comic book movies. She’s a fantastic actress, but she’s terribly miscast here, as is literally everyone else apart from Bernthal, who can pull off the just-a-decent-man-doing-the-decent-thing in his sleep. Gillen and Holt do what they can, but are hampered by incredibly dull dialogue and Tyler Perry makes a laughably bad cameo appearance. Finn Little, the boy, acts circles around all of the adults because his story is actually the only one you can sort of get attached to, but even that wears off by the end.

Riddled with clichés, handicapped by terribly clunky pacing, carrying zero sense of anything important at stake, and bereft of genuine conflict and sense of humour, Those Who Wish Me Dead is a case where the book must be better than the film. If you’re aching for the cinema, go and see literally anything else or just go out and enjoy some fresh air because this movie will leave you suffocated by how insipidly mundane it is.