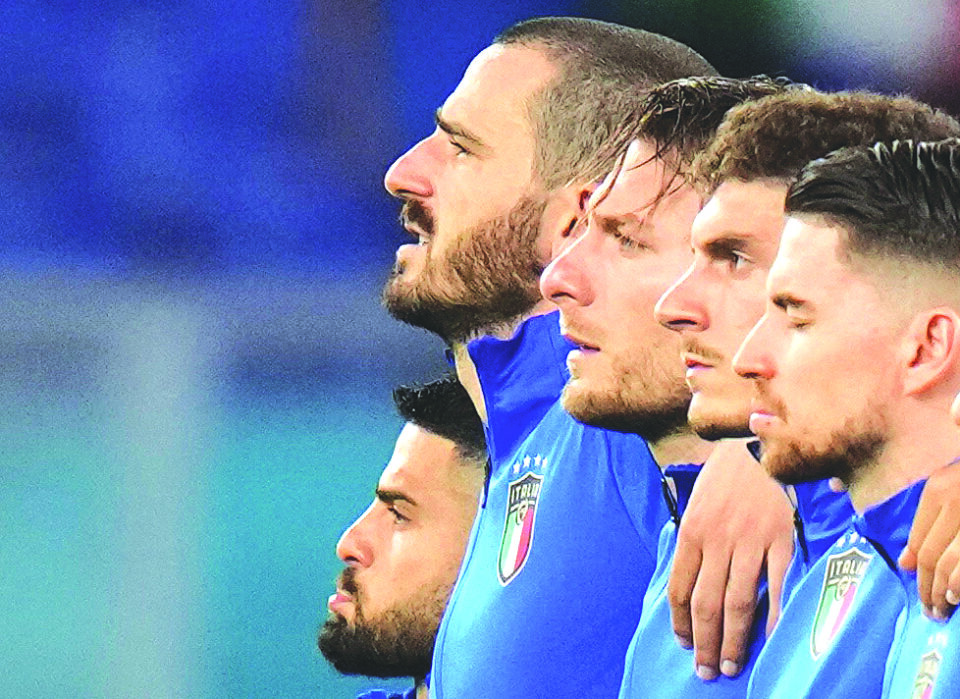 Italy will look to make it 11 wins in a row in all competitions against Wales in their last European Championship group match on Sunday, with last-16 qualification already secured, but some have doubts about how far the Azzurri can go in the tournament.

Roberto Mancini’s side have won each of their last 10 games, going 965 minutes without conceding, while scoring 31 goals in that run.

Italy are also unbeaten in their last 29 matches in all competitions since a 1-0 loss to Portugal in September 2018. If they avoid defeat against Wales, they will equal their all-time longest unbeaten run of 30 games set between 1935 and 1939.

Yet despite the impressive stats, and even though they brushed past their first two Euro 2020 opponents with 3-0 wins, some pundits believe their form is not as impressive as it might seem.

“They have a lack of intensity, power and pace to be even more dangerous going forward. I think it’s a bit too early to take Italy into consideration that they can go until the end.”

Others suggest that in their long unbeaten run, Italy have not faced many high-ranking teams, although they have taken on the current European Champions and drawn, faced the Netherlands twice, and travelled to the far reaches of Europe and come away with positive results.

Wales go into Sunday’s match buoyed by a 2-0 win over Turkey in their last Group A match. That victory should prove enough to get them through to the last-16, but results elsewhere could still dictate how things pan out.

A draw in Rome will guarantee them second spot in Group A, while a win would see them top the group. Even a defeat could see Wales finish runners-up if Switzerland fail not only to beat Turkey but also to make up their five-goal deficit compared with Robert Page’s side.

Even should that happen, Wales would almost certainly progress as one of the best third-placed sides.

For Italy, it is all about sending a message. England drew plenty of praise for their performance in their 1-0 victory over Croatia in their group opener, as did world champions France in their success by the same score line over Germany.

While back to back 3-0 Azzurri wins have yet to convince some of their prospects, three stylish victories from three group matches just might.

Rachel McAdams was meant to be ‘The Devil Wears Prada’ protagonist