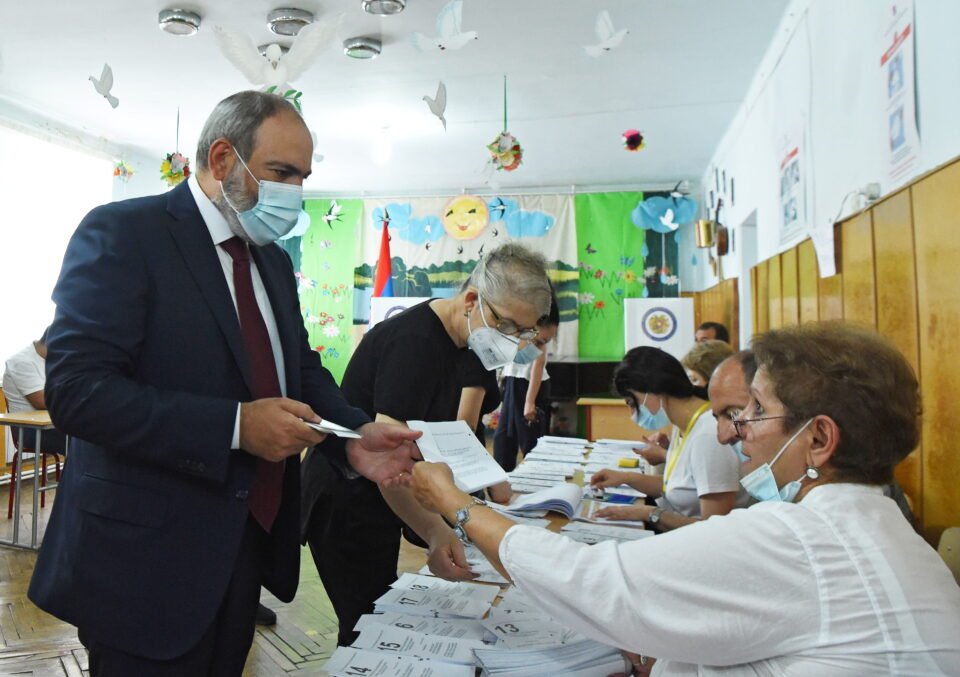 Armenia’s acting prime minister, Nikol Pashinyan, kept power in a parliamentary election that boosted his authority despite being widely blamed for a military defeat last year in the Nagorno-Karabakh enclave, results showed on Monday.

The government called the election to try to end a political crisis that began when ethnic Armenian forces ceded territory to Azerbaijan in and around Nagorno-Karabakh in six weeks of fighting last year.

The hostilities caused international concern because the wider South Caucasus region is a corridor for pipelines carrying natural oil and gas to world markets. It is also a geopolitical arena with Russia, the United States, the European Union and Turkey all jostling for influence.

Pashinyan, 46, faced street protests after the defeat and demands for his resignation over the terms of a peace agreement under which Azerbaijan regained control of territory it had lost during a war in the early 1990s.

Pashinyan described the agreement as a disaster but said he had been compelled to sign it in order to prevent greater human and territorial losses.

He wrote on Twitter on Monday that his party would have a constitutional majority – at least 71 deputies out of 105 – and “will form a government led by me.”

“We are determined to work on improving, deepening and developing relations (with CSTO and EAEU countries), and we will definitely move in this direction,” Russia’s RIA news agency quoted Pashinyan as saying in an address broadcast on Facebook.

Armenia, which hosts a Russian military base, is an ally of Moscow though relations have been cooler under Pashinyan, who came to power on the back of street protests and on an anti-corruption agenda in 2018.

Pashinyan on Monday visited a cemetery to lay flowers on the grave of soldiers killed in last year’s conflict.

Final results of the election will be announced in a week, Interfax cited Central Election Commission (CEC) head Tigran Mukuchyan as saying on Monday. He said the results gave Pashinyan the right to form a government on his own.

“These (election) results contradict the processes of public life which we have observed in the past eight months,” the alliance said in a statement, carried by Interfax.

It said it did not recognise the results and had started consultations with other parties to organise a collective appeal to Armenia’s constitutional court, RIA reported.

Kocharyan is a native of Nagorno-Karabakh. The enclave is internationally recognised as part of Azerbaijan but much of the population is ethnic Armenian.

Kocharyan was Armenia’s president from 1998 to 2008 and was accused of acting unlawfully when he introduced a state of emergency in March 2008 after a disputed election. At least 10 people were killed in clashes that followed between police and protesters.

International observers from the Organization for Security and Co-operation in Europe (OSCE) said the elections were competitive and generally well-managed.

“However, they were characterized by intense polarization and marred by increasingly inflammatory rhetoric among key contestants,” it said in a statement.

There were 319 reports of voting irregularities, RIA reported. The CEC said the elections were largely in line with legal norms and observers from a CIS monitoring mission said the vote was open and fair, Interfax reported on Monday.