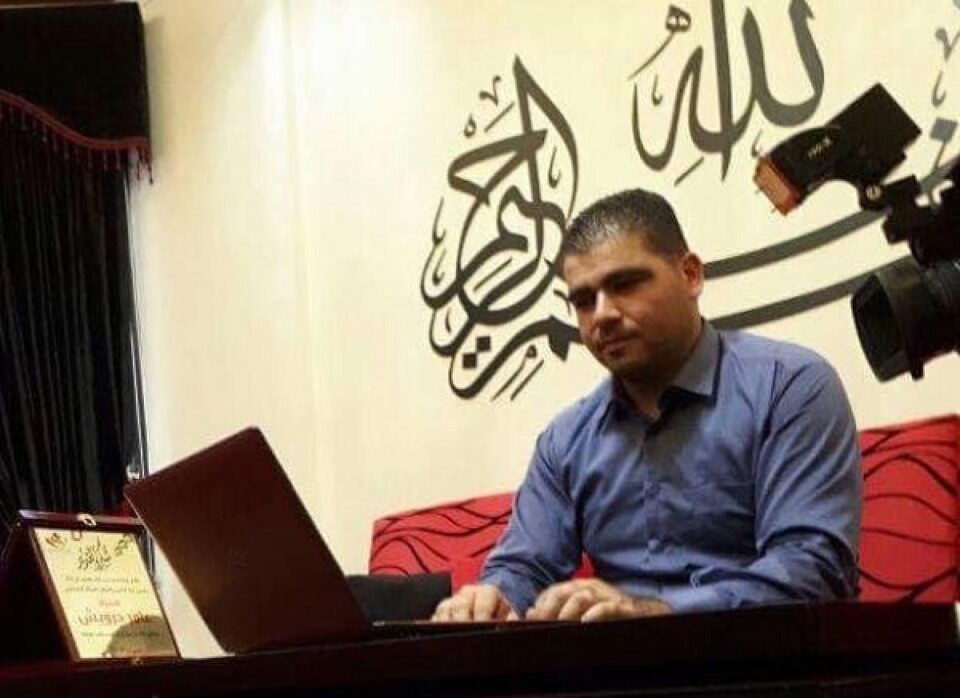 Amer Darwish, a refugee, is known as the “Palestinian inventor” among his friends and relatives in the Beddawi camp in northern Lebanon for making a number of innovations throughout the years despite difficult living conditions.

The BlueDrive 48, for example, is an electronic and mechanical system that can be added to heavy machinery. The invention was field-tested on a bulldozer and succeeded in controlling all its systems through a smartphone, according to Darwish.

The second invention, Darwish added, is the Pals FireFighter 48 accomplished in 2019. It is a rescue system consisting of a robotic firefighter charged with clean solar energy, in addition to a crane rail allowing the robot to climb buildings and towers and enter apartments through balconies or windows for extinguishing the fire and rescuing trapped people.

His third invention, completed in 2020, is the Corona Fighter 48, which is a small electronic device attached to smartphones. It provides a set of services for smartphone holders, including sterilization in an easy, efficient and cheap way, as well as a wireless charging service for smartphones.

Darwish, born in the camp, obtained a master’s degree in business administration, but failed to get a job in his field as the Lebanese laws prohibit Palestinians from working in a number of professions.

Nonetheless, the 33-year-old man has managed to overcome the ordeal by making innovations aiming at “serving humanity and facilitating human activities in various fields” and succeeded to obtain patents for his inventions from the Lebanese Ministry of Economy and Trade.

“I will announce some new innovations soon to put a Palestinian scientific imprint on the international efforts in combating global warming, as well as in the area of traffic safety, and innovations that will benefit animals and plants,” he said.

On the occasion of World Refugee Day which falls on June 20, Darwish affirmed his rights as a Palestinian refugee to return to his land.

“We as refugees are sure of our return one day to all our villages and towns where our fathers and grandfathers were unjustly expelled,” he said.

The number of Palestinian refugees in Lebanon registered with the UNRWA stands at 463,664 according to a report issued by the agency in 2017. The UN estimates around 65 percent of them suffer from poverty, while 3 percent of them live in extreme poverty.

According to a survey conducted by the American University of Beirut and the United Nations Relief and Works Agency for Palestine Refugees in the Near East (UNRWA) in 2015, Palestinian refugees do not enjoy most civil, social or economic rights by being excluded from 30 professions, and were prevented from owning real estates in Lebanon.

Time for another trip to immigration for expat Brits