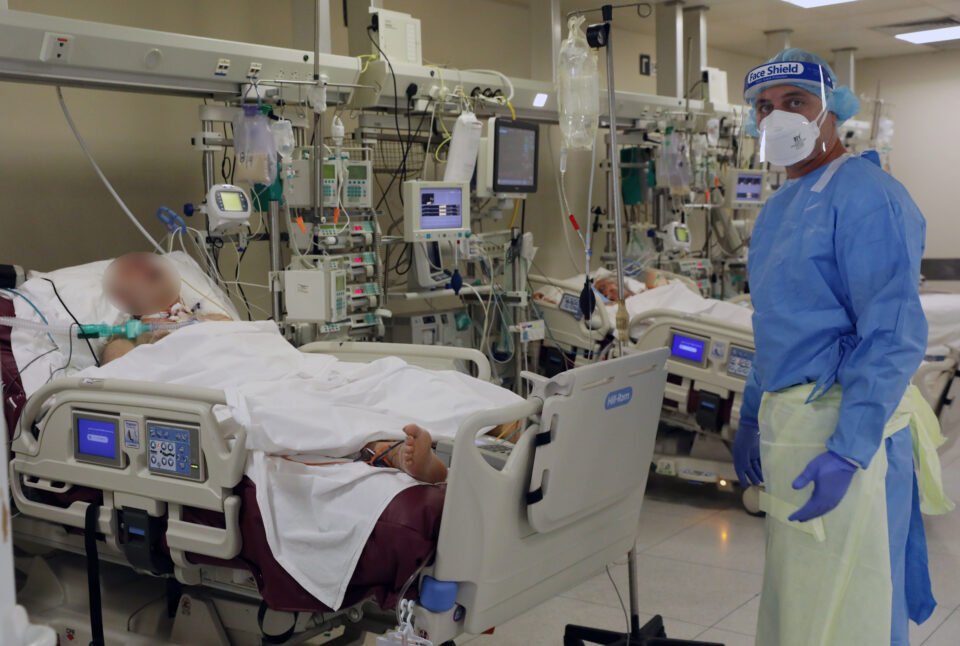 A slight rise in hospital admissions of people suffering from Covid-19 has been seen in recent days, mostly among the under 40s, some of whom are in serious condition, the government health services organisation (Okypy) said on Friday.

Okypy spokesman Charalambos Charilaou said recent admissions mostly concerned people under 40 with some needing intubation because of their condition.

Charilaou said the average age of Covid patients was 54-55.

Okypy is on standby in a bid to react quickly and effectively if additional beds are required.

“This small rise is already of concern to us, that is why we are in full readiness,” Charilaou said.

The organisation has set up Covid wards in Famagusta, Nicosia, and Limassol. Paphos and Larnaca hospitals have no Covid patients at the moment, but they do have short-stay facilities where suspicious or confirmed cases were being evaluated.

Cyprus has seen an uptick in cases in the past three days, which according to some, is a potential signal of the start of a fourth wave.

Professor of microbiology/molecular virology at the University of Nicosia Medical School Petros Karayiannis told the Cyprus News Agency that the next few days will most probably see daily cases remain in the triple digits and hospitalisations rise, since contacts of confirmed cases are likely to also start testing positive.

Health authorities have made repeated appeals to younger people to vaccinate, warning that the Delta variant of Covid is more virulent.

Meanwhile, new clusters and transmission chains were identified in the past 24 hours, as people are apparently failing to take any protective measures.

Contact tracing is key at the moment, Karayiannis said. “We don’t have the luxury to hide our contacts, or not disclose our contacts for whatever reason because that allows active cases to move around until it’s too late,” he said.

The contact tracing unit said 15 youths at the same table at a night club have all contracted the virus while a 20-year-old woman appears to have infected at least eight people after attending a boat party in Limassol, spending the night in Platres, and going to a club in Protaras the next day.

TGIF: how to make a classic daiquiri