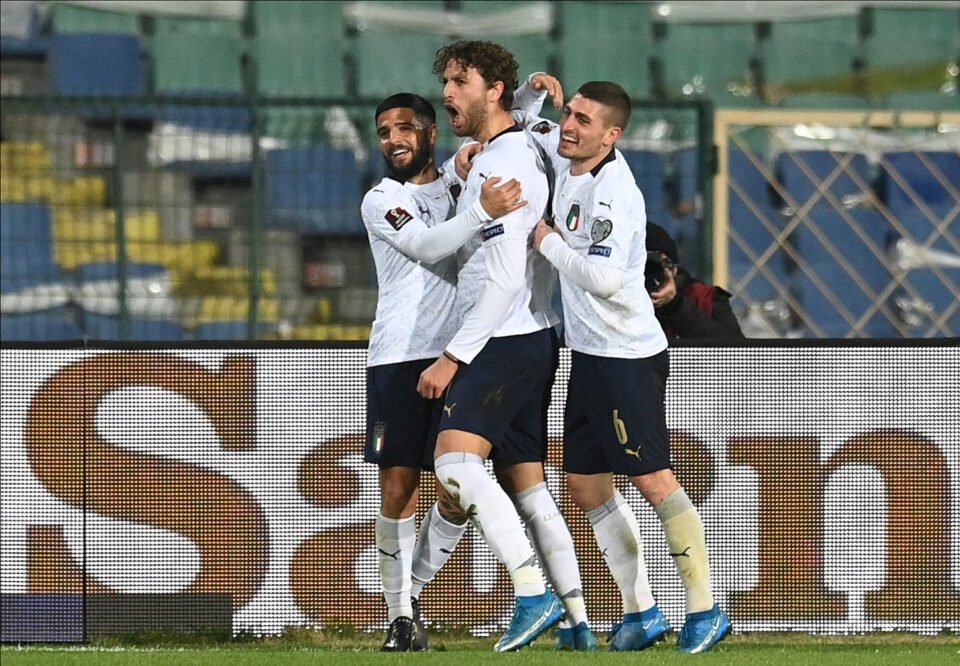 Italy cruised through the group phase of Euro 2020 with three victories but head coach Roberto Mancini will press reset for the knockout stage.

Mancini’s side scored seven times and did not concede – equalling their previous best defensive record of 1980 – but the former Manchester City and Inter Milan boss believes that will count for little as they face Austria in the last 16.

“Now another tournament begins. If the boys continue to play like they are doing, I’m happy – that’s all I ask for,” he said at a press conference.

Mancini has a big call to make in midfield as Marco Verratti returned from a knee injury to replace Manuel Locatelli, who scored twice in the win over Switzerland, for the final group win over Wales.

“Verratti or Locatelli? Someone good will not play,” was the Italian coach’s response when asked about his selection dilemma.

Italy were criticised after the Wales match in Rome after not all players joined their opponents in taking the knee before kick-off.

Only five of the side undertook the symbolic gesture against racism and discrimination for their final group match with other players standing.

There followed widespread criticism with former Prime Minister Enrico Letta suggesting it was “not a good image”.

No official request has yet been made by either side to take the knee at Wembley but veteran defender Leonardo Bonucci said the players were scheduled to speak about it.

“When we go back to the hotel we have planned a meeting and we will decide as a team and that is what we should have done before Italy v Wales,” he told a press conference.

“Just as the president of the (Italian) FA has said, if the request is made we will speak about that. That is if everyone in the team wants to and has the notion to make this gesture against racism.”

Austria, who have made the knockout stage for the first time, are the outsiders against Italy.

Coach Franco Foda accepts the odds of success are slim against a side who have played themselves into the role of genuine contenders.

“We have achieved something extraordinary. There’s huge excitement.

“Italy have extreme quality, especially in defence, they get forward quickly when they win the ball and have really improved their positioning – but we have a plan.”

Invest Cyprus: Bringing in developers for the Cyprus tech hub