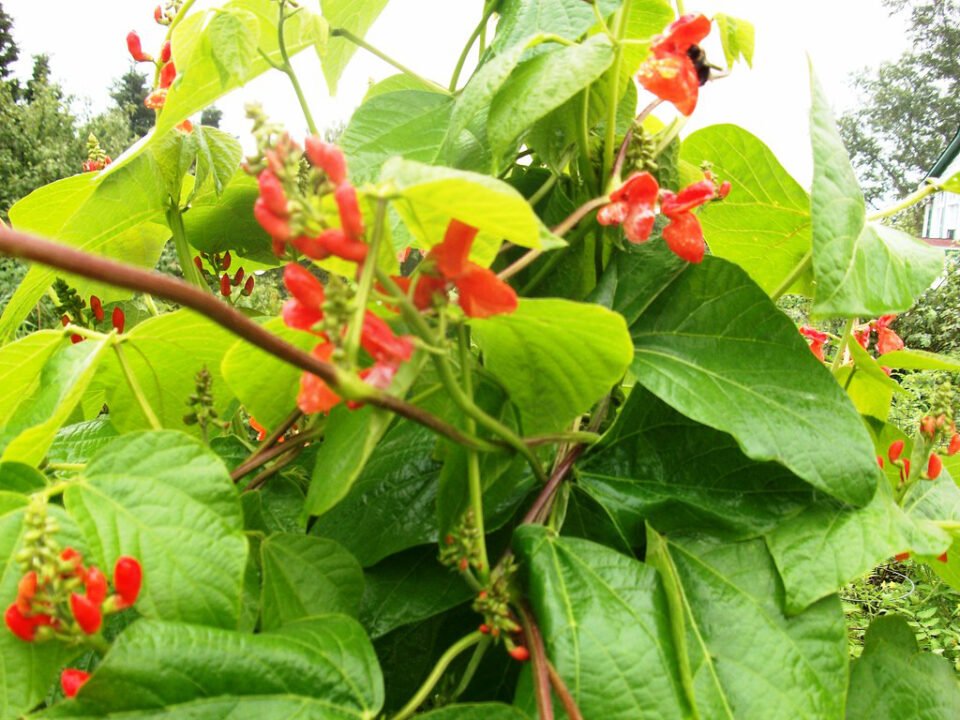 It’s the silly season which is well known to hacks as the time of year when nothing happens. So all those empty pages get filled up with some kind or other of pure tat. I decided to fill up my spare time by taking up gardening. Great idea? Mmmm.

The first thing you have to grasp is that it is never the right time to start gardening. For example, I decided to plant some runner beans. They’re easy to grow, I know that as it says so on the packet. They’re pretty. They can make attractive shade. And their pods can be eaten. What could go wrong?

Well, everything goes wrong at once. The timing was not right. On the packet it says ‘Plant in ground well prepared the year before.’ What on earth is the good of that? I wasn’t even there then. And today it’s now.

The next thing is to realise that in order to plant and grow anything the first thing you actually need is lots of a stuff called ‘rich, dark loam.’ I’ve never met anyone who knows exactly what that is or where to get it, so I can’t be much help on that one. However, without this stuff anything you plant will be doomed as nothing much will grow in anything else.

Next task is a visit to a pet-shop, preferably one specialising in vermin. Your shopping list needs to include substantial numbers of ants, spiders, slugs, snails, caterpillars, assorted shades of aphids, scale insects, and a few choice ladybirds to add colour.

If you intend to plant fruit trees you’ll need the carcass of a cat. This presents little difficulty to the enterprising gardener as many of the Cyprus roads are several inches deep with them in parts. Dig a hole large enough to accommodate the decomposing felines and plant your mandarin trees on top. The flavour of the fruit can be most interesting.

Just for some light relief after all the back-breaking labour you might try importing a little of that stockpiled British Beef full of CJD from the Mad Cow period and repeatedly condemned since then. They’re now surreptitiously letting it slip into pet food markets. Hang up a few steak rashers for the sparrows to nibble. They get the disease too and their antics as they try to fly away from marauding pussycats are a million laughs.

Most new gardeners would like to grow some pot plants. All pots need drainage preferably in the form of broken crockery and old pots. This provides a marvellous excuse for smashing some of those pseudo-Ancient Greek replica pots made in a sweat-shop in downtown Paphos over a hundred hours ago.

Tall Darnations do well in pots as do Hibiscuits, International Flags and Inflamed Eyerises. For medium tall pots try Human Beans, Bogievillea and various Self-raising Flours. Trailing Hysteria looks well around the edge and cascading onto a bed of Little Dorrit and Creeping Angina. Line your pathways with some dear little Dropsies and Uppsia Daisies along with Tickled Pinks, Foreseeable Fuchsias and Spinal Plumbago.

For a sunny wall you can’t do better than Social Climbers, Giant Retinas and Perineums while Hanging Israelis look well in baskets suspended in unexpected corners.

New, rather formal gardens such as I have outlined really cry out for the additions of a few assorted weeds to add an air of neglected authenticity usually referred to as the natural look. Groundswell works well as do Grass Roots, Byzantine Bribery and Political Chicanery, all common enough to be found growing almost anywhere in Cyprus.

After that all you need is a row of bright red Salivas along the pathway from the front gate, a group of Lesser Variegated Hernias alongside the gateposts and a large specimen Hypoglossus among the Ollyox beside the front door.

And that’s just about it. Bingo! An English country garden in sunny Cyprus.

No wrongdoing by state treasurer in Cypra affair (Updated)

New ranking another milestone for UNic