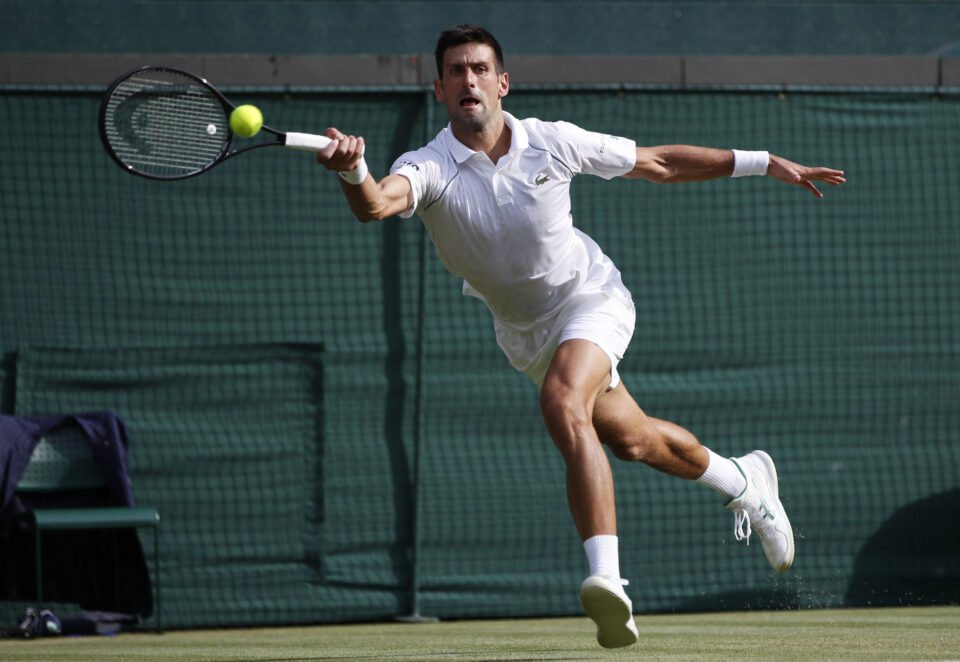 Novak Djokovic roared into the fourth round at Wimbledon, raising his game, and occasionally the decibel levels, on Court One to dispatch plucky American qualifier Denis Kudla 6-4 6-3 7-6(7) on Friday.

World number one Djokovic spent much of the third-round encounter cruising on auto-pilot but there were moments when the going got tough for the Serb against the 114th-ranked Kudla.

Djokovic, however, knows how to turn up the volume, literally at times, and accompanied by a few chest-thumping shouts, he dug deep to subdue the fiery Kudla and continue onwards in his quest for a sixth Wimbledon title.

Djokovic upped the ante at key moments in the first two sets to take the match away from Kudla and when his back was against the wall in the third, trailing 4-1 and then by the same score in the tiebreak, he showed a stubborn determination to hang tough.

“I spent a lot of time in the mountains with wolves and this is wolf energy there. I am not kidding,” said Djokovic, who is halfway to the calendar-year sweep of all four majors