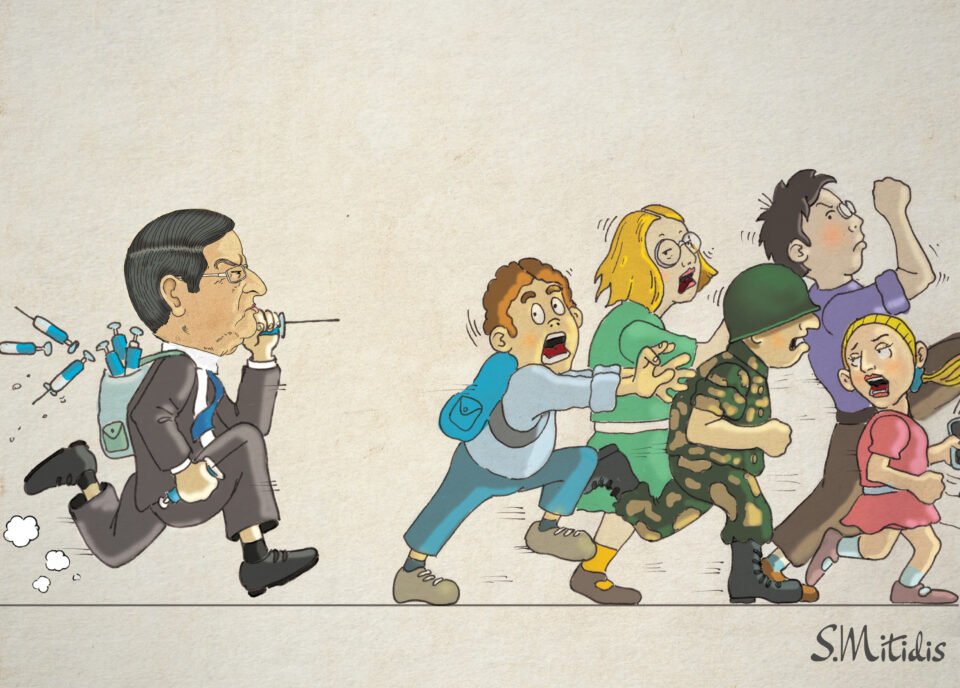 The government’s latest Covid-19 measures, explicitly intended as incentives for people to get vaccinated, are problematic, both in themselves and what they represent.

Firstly, of course, it’s unfair to those who’ve already been vaccinated to offer rewards for the vaccine-hesitant. But rewards – like a holiday allowance, or a day off for vaccination – are at least about positive reinforcement.

What’s harder to accept is the ongoing campaign to make life a little harder (then a little more, and a little more) for the unvaccinated, who are now being denied entry, from July 21, to cinemas, theatres and concerts – not to mention football games, even though they take place outdoors.

At the same time, the SafePass is being extended to many outdoor spaces – though outdoor spaces are actually extremely safe, with even the BBC admitting in April that infection has occurred outdoors in only “a handful of cases” since the start of the pandemic. The whole idea of a SafePass is insidious, but having to prove that one is Covid-free in order to access a space that’s practically Covid-free anyway is especially perverse.

Fortunately, the government seems to have abandoned plans to place the burden on businesses to admit only vaccinated patrons, grasping the nettle of passing its own decree. Still, shutting a group of people out from public places without good justification seems like the kind of discriminatory law a good lawyer could easily challenge.

Some may argue that the possibility of a theatre patron or football fan being infected with a deadly virus is justification enough – but that’s the point, there’s a perfectly good way (a PCR or rapid test) for an unvaccinated football fan to prove they’re not infected, yet they’re not being given that recourse, even though a vaccinated football fan (being exempt from testing) may actually be carrying the virus! The regulation seems unjust on the face of it.

Even beyond the actual measures, though, there’s the question of why the government feels the need to create such draconian ‘incentives’, especially with most of the population having had at least one jab. Far from reassuring the unvaccinated to embrace the programme, Friday’s measures are likely to make them even more suspicious.

After all, those at risk of becoming severely ill with Covid – the elderly and those with underlying conditions – have largely been inoculated. Yes, we have a high number of cases, but they’re mostly in young people, who suffer only mild illness.

For all the talk of the Delta variant being more dangerous, a report by Public Health England recently cited 92,029 Delta cases in that country between February 1 and June 21 (53,822 of them in unvaccinated persons) and 117 deaths, a fatality ratio of just 0.1 per cent.

The official line is that we need mass vaccination to reach herd immunity, so as to eradicate the virus and prevent any worse variants from emerging in future. However, the promise of reaching a threshold where the problem goes away and we get our ‘old lives’ back looks increasingly like magical thinking.

After all, running down the list of the world’s most vaccinated countries, some (Israel, the US, Malta) have done incredibly well since their rollout started, others (Seychelles, Chile, Mongolia) have done incredibly badly. Others, like the UK, started out well but may now be backsliding. Pfizer and Moderna seem more effective than AstraZeneca or Sinopharm, then again mRNA is a new technology so no-one’s really sure what to expect yet.

Even if vaccine efficacy were a done deal, however, we’d still be talking about mass vaccination to protect against hypothetical future variants. That matters, because it should take a real and pressing public-health emergency to curtail people’s right to choose – which these new measures are undoubtedly doing.

Anyone who believes that vaccination is our only weapon against Covid, that the vaccine is totally safe, and that Covid itself is so bad as to justify any measure, will surely be pro-vaccine and unable to understand why anyone could be hesitant. All three of those premises, however, are open to debate and differences of opinion.

Respect for the opinion of others, even when it seems wrong or foolish, has always been a cornerstone of democracy. What we’re seeing now is more akin to the central planning that’s always been associated with totalitarian regimes.

Our government – like most other governments, to be fair – seems to be pursuing a Zero Covid policy which nobody voted on and many would consider unrealistic, meanwhile setting out to sow division and either force the vaccine-hesitant to convert or turn them into scapegoats. These new measures only add to that.

Running out of options for Varosha