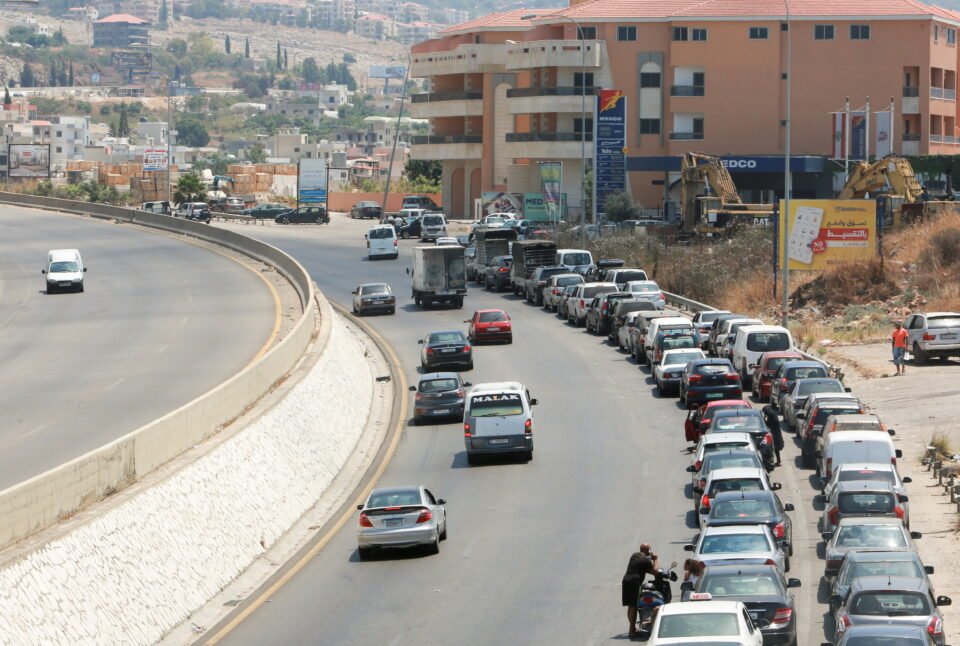 Cars queuing up to at a petrol station as they wait to fuel up in Jiyeh, Lebanon

Lebanon is a few days away from a social explosion, caretaker Prime Minister Hassan Diab warned on Tuesday, calling on the international community to save a country in deep economic crisis.

The World Bank has called Lebanon’s crisis one of the worst depressions of modern history. The currency has lost more than 90% of its value and more than half of the population has been propelled into poverty.

Anger over fuel shortages has spilled into fights at petrol stations and the prime minister appeared to be warning of the prospect of more unrest.

“Lebanon is a few days away from the social explosion. The Lebanese are facing this dark fate alone,” Diab said in a speech at a meeting with ambassadors and representatives of diplomatic missions in Beirut.

Diab has been serving in a caretaker capacity since resigning in the wake of the catastrophic Aug. 4 Beirut port explosion. Since then, fractious sectarian politicians have been unable to agree on a new government.

You may also want to read: How Hezbollah controls the economy in Lebanon

Diab also said only a new cabinet could re-start talks with the International Monetary Fund (IMF).

“This government does not have the right to resume negotiations with the IMF to implement the recovery plan set by the cabinet, for this entails obligations on the next government that it may not endorse,” he said.

The European Union’s foreign policy chief told Lebanon’s leaders last month they were to blame for the political and economic crisis and some could face sanctions if they continue to obstruct steps to form a new government and implement reform.

Diab noted repeated calls for assistance to be linked to reform, but said “the siege imposed” on Lebanon was not affecting the corrupt – an apparent reference to politicians.

He said Lebanese were running out patience and “linking Lebanon’s assistance to the formation of a new government has become a threat to the lives of the Lebanese and to the Lebanese entity”.

You may also want to read:

What can be done to halt mass extinction?