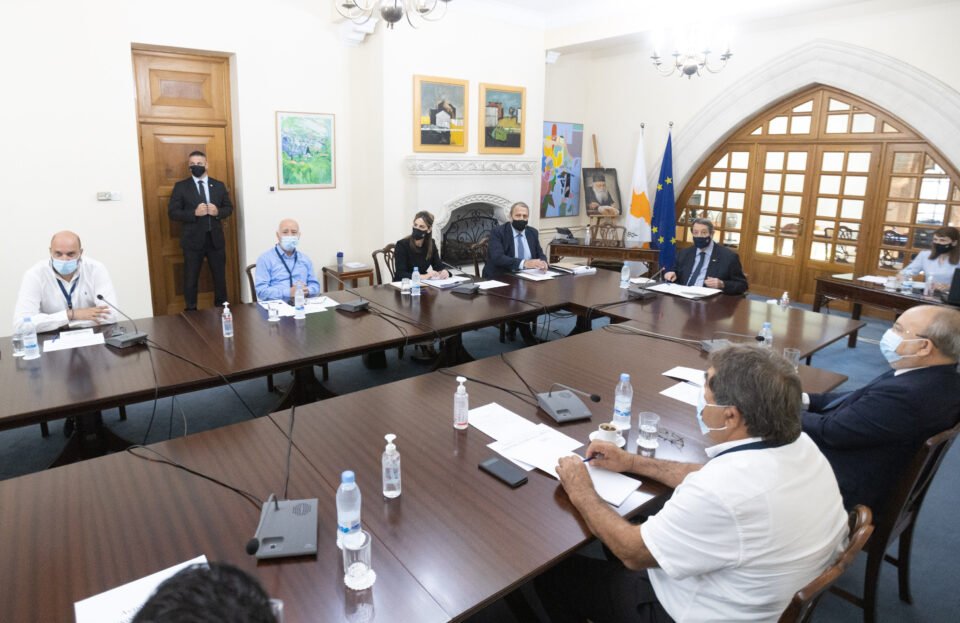 Losing Varosha to resettlement under Turkish administration would sound the death knell for a Cyprus solution, President Nicos Anastasiades said on Tuesday.

It also appears the message he passed to the Famagusta municipality during a crucial meeting on the issue of the fenced-off area, was that effectively Cyprus was on its own in its attempts to thwart whatever Turkey has planned.

Anastasiades did try to give reassurances to the Famagusta refugees he would do his utmost to curb Turkey’s illegal actions in Varosha as the council called for a prompt reaction by the government to any moves by Ankara.

However, according to Famagusta mayor Simos Ioannou after the meeting, Anastasiades told them there were countries that have vested interests in maintaining relations with Turkey and that the situation was “difficult”.

One thing was certain, and that was that if Varosha was lost, it would be “the tombstone of the Cyprus problem” the president said.

Anastasiades met Ioannou and the Famagusta council in the morning. Ioannou said he briefed them about the government’s ongoing contacts with the international community, the UN, EU but also leaders of third countries aimed at protecting the fenced area of Famagusta as per Security Council resolutions 550 and 789.

According to a statement from the presidency, the government is “meeting their full support for our positions, which are based on international law, as well as their full understanding of Turkey’s illegal actions that are in violation of UN resolutions.”

Anastasiades also said he would convene the National Council – the top advisory body to the president – in the coming days to discuss any further course of action deemed necessary.

Attorney-general Giorgos Savvides, who was also present at the meeting, gave reassurances that the government was studying all measures provided for based on international law.

Ioannou said they asked Anastasiades that the government be ready to react to any announcements and moves made by the Turkish president in relation to the fenced area, when he visits the north on July 20.

He said he also asked that the National Council issue a unanimous decision.

“Each party has its own view of how we got here, but the issue is what we do now,” Ioannou said. He said if party leaders were not able to reach a unanimous decision it would be best if the National Council was not convened.

He added that the position of the municipal council on the matter was unanimous. “The Greek Cypriots must return under the auspices of the UN, as provided for in UN Resolutions 550 and 789. But on the other hand, we must be prepared to deal with any situation that may arise if the Greek Cypriots are urged to return under Turkish administration.”

Ioannou also said that the president told them that he is in contact with the legal service, the foreign ministry and the embassies of Cyprus abroad to do whatever is necessary to protect the fenced area.

He added that they suggested that the UN Security Council be requested to convene if the Turkish president takes action on Varosha.

Ioannou assessed that Turkish President Recep Tayyip Erdogan may announce the opening of part of the tourist area of Varosha and if the international community’s reaction is lukewarm he might later announce the complete settlement of the town and invite the Greek Cypriot residents to return under Turkish Cypriot administration.

He said the state must be ready to give answers to those who say that if they do not return under Turkish Cypriot administration, they will lose their property, and explain what the status of these people if they return will be.

He also referred to statements by Turkish Cypriot leader Ersin Tatar this week that Varosha belongs to Evkaf and wondered what people would do if they return and see their property rights questioned by the religious endowment foundation that claims that most of the fenced area belongs to it.

Asked if there were indications that the people of Famagusta want to return under Turkish Cypriot administration, Ioannou said there are some who already said so and who argue that if they do not, their property will be lost anyway.

“It’s a move of confusion and discord. The Turks know what they are doing,” he said.

In the meantime, president of the European Commission Ursula von der Leyen, reiterated on Tuesday that the EU would never accept anything which proposes a two-state solution in Cyprus.

Replying to a question during a joint press conference at the European Parliament with the EP president David Sassoli, and the prime minister of Slovenia, which is currently holding the presidency of the EU, Janez Jansa, von der Layen noted that the EU was very sensitive as regards the forthcoming visit of the Turkish president to the north.

“I was speaking to the Turkish president a while ago and I was very clear on the planned visit, that we are very sensitive on watching how this visit is going to be,” she said.

Ioannou reminded the public of the protest his municipality is organising on July 19 in Dherynia against Erdogan’s visit a day later and invited everyone to participate.