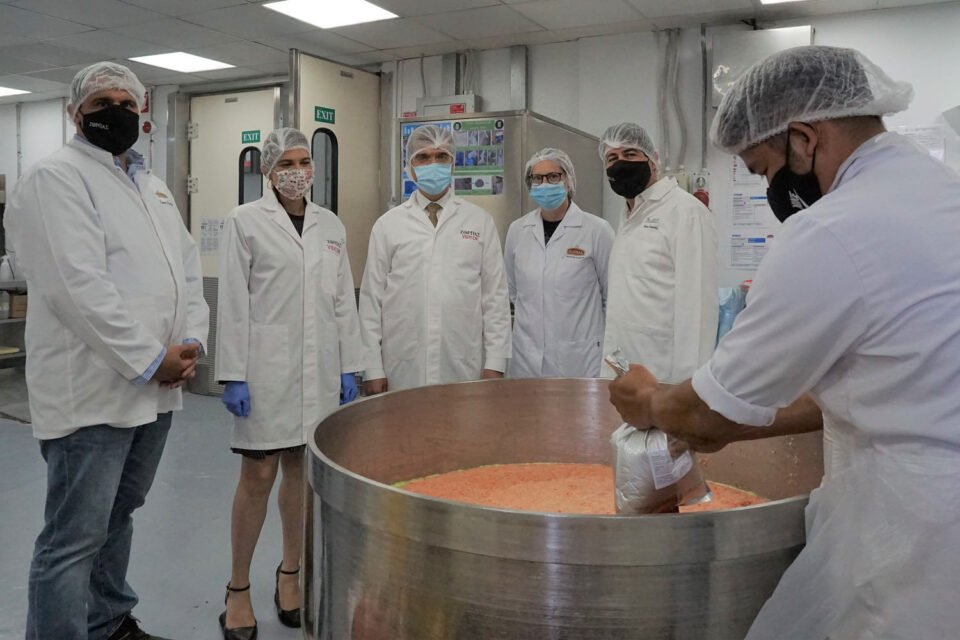 Pilides at the Halloumi producing plant

Commerce Minister Natasa Pilides on Thursday toured four factories in the Larnaca area, rounding off visits to industrial areas in all districts to record problems and seek solutions.

Aradippou Mayor Evangelos Evangelides, who attended a meeting with the minister, officials and representatives of business groups, raised the issue of air quality in the industrial area. Also discussed was the need to expand the existing industrial zones or create new ones to cater for increased needs from businesses.

Pilides said that efforts are underway to reclaim industrial plots that are not being used. Tenders will be invited for an islandwide study on whether new industrial areas and zones are needed.

Support for local industry was high on the ministry’s list of priorities, with a €50m scheme currently running to boost the competitiveness of small and medium sized enterprises in the manufacturing sector and an action plan for a cyclical economy that includes €15m in incentives, primarily for manufacturing, she said.

The opening up of the electricity market, promoting industry as an attractive employment opportunity and revising town planning criteria to facilitate installing photovoltaics industries say would also significantly boost competitiveness in the sector, she added.

In Larnaca, Pilides visited a production unit operated by Zorbas bakeries, one of Cyprus’ 11 large processing businesses, where she was briefed about the company’s efforts for carbon neutrality.

She also visited MGP Cyprus Salt, the only unit producing table salt in Cyprus, mostly private label for supermarket chains, which exports its products to a number of countries.