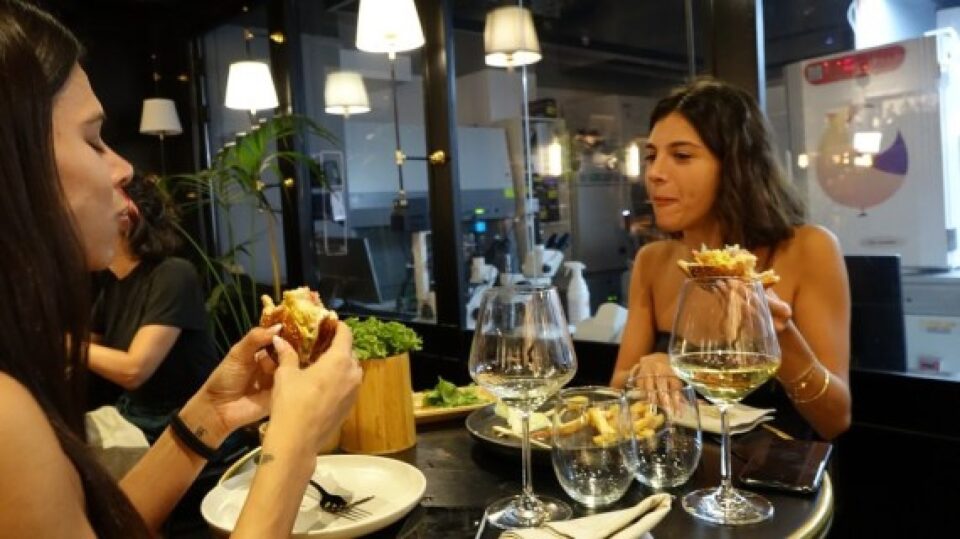 Israeli cultured meat foodtech company SuperMeat has been piloting a farm-to-fork restaurant that serves a chicken menu based on meat cultivated on-site in a futuristic kitchen.

Ido Savir, CEO and co-founder of SuperMeat, said that his company is looking, “pending regulatory approval,” to start rolling out products to market and in food service by the end of 2022.

The restaurant, called “The Chicken,” is located in the small city of Ness Ziona. From the outside, it looks like another building in the high-tech industrial area of the city, which is called “park of science.”

In the middle of the restaurant, there is a long glass wall behind which guests can see how their chicken burgers and spring rolls are prepared using meat grown in fermentor directly from animal cells.

Instead of cash, SuperMeat asks its guests for a detailed review of dishes that were served.

At the restaurant, the company has arranged a dozen of events, each time adding new options to a menu.

Annabelle Silver, who attended a recent event as a guest, said, “I’ve been vegetarian for two years now. Meat is something that I never thought I would try again. So just to have this experience was unbelievable, the chicken was amazing.”

“I think this thought of meat growing in a lab can be kind of daunting, but once you try it, maybe you will change your mind and also the aspect of it being cruelty-free 100 percent. I became vegetarian because I don’t support the meat industry.”

I know what goes on in the slaughterhouses. This is just such an ethical way to eat meat,” said Silver.

Another diner at the event, Freja Forslund, said that “cultured meat is the future. I don’t like the meat industry, the way it looks right now. So if it could change into cultured meat only, I would be all for it. This is what I would eat.”

SuperMeat told Xinhua it endeavors to open the first commercial farm to fork facility in 2022 in the United States, followed by more places in Asia and Europe.

It will be the first step of the company to showcase its novel product worldwide, while the main goal of SuperMeat is to set up joint ventures with the world’s leading traditional meat companies to sell cultivated meat in supermarkets across the world.

Levana Shifman, executive director of the Modern Agriculture Foundation (MAF), said that the alternative protein sector in Israel is a rapidly developing young ecosystem with a vigorous entrepreneurial activity that is based on solid scientific and technological foundations.

As of today, there are over 100 companies that are developing alternative protein solutions in Israel, at least five of them in cultured meat and milk, according to Shifman.

“Israel is at the forefront of investment and development in this field. Investments in companies that develop meat have grown eight-fold in the last two years. By 2030 these alternative proteins are expected to be 10 percent of the worldwide protein market,” noted Shifman.