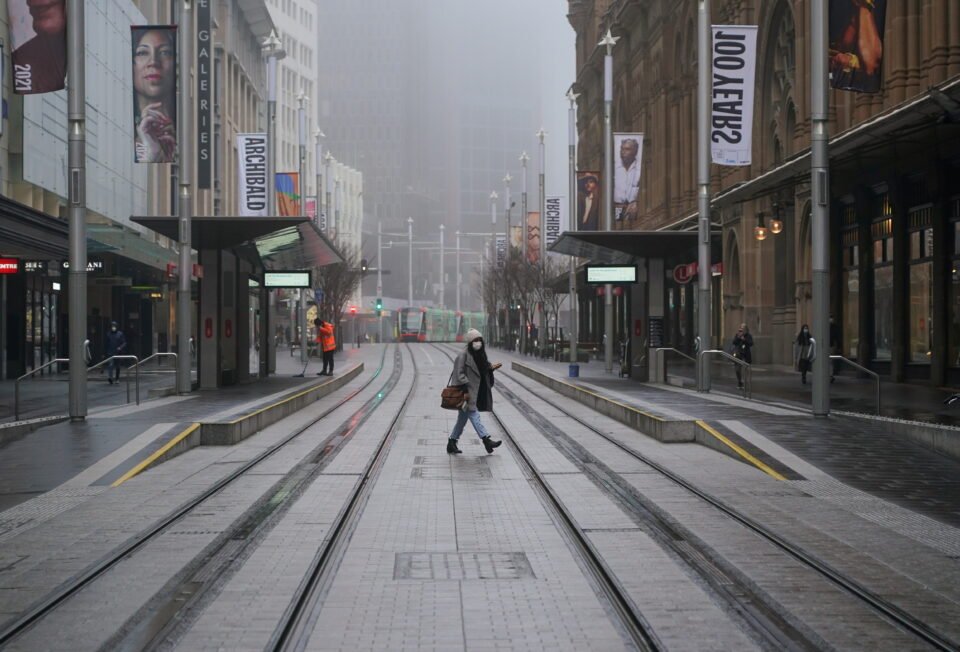 Australian authorities on Friday pleaded with Sydney residents to stay at home, warning a three-week lockdown may be extended as they struggle to control a COVID-19 outbreak, with the city reporting its biggest rise in local cases for the year.

Hundreds of extra police patrolled parts of Sydney to enforce the city’s lockdown orders imposed to stamp out an outbreak of the highly infectious Delta variant which now has a total of more than 400 cases.

“New South Wales (state) is facing the biggest challenge we have faced since the pandemic started,” state Premier Gladys Berejiklian told reporters in Sydney. “At the moment the numbers are not heading in the right direction.”

Forty-four locally acquired cases were reported on Friday in NSW, Australia’s most populous state, eclipsing 38 a day earlier, with 29 of those having spent time in the community while infected. There are currently 43 cases in hospital, with 10 people in intensive care, four of whom require ventilation.

The rise in cases is despite a two-week lockdown which has now been extended to a third week ending July 16.

Authorities will tighten restrictions in Sydney from Friday evening with public gatherings limited to two people and residents limited to within 10 km (6 miles) of their home.

Berejiklian also rejected reports the government was considering a shift of policy to “living with the virus”, citing low vaccine coverage in Australia.

“If we choose to live with this while the rates of vaccinations are at 9%, we will see thousands and thousands of hospitalisations and deaths,” Berejiklian said.

Although Australia has fared much better than many other developed countries in keeping its COVID-19 numbers relatively low, its vaccination rollout has been among the slowest due to supply constraints and changing medical advice for its mainstay AstraZeneca shots.

Australian Prime Minister Scott Morrison said Pfizer would increase COVID-19 vaccine delivery to about one million doses a week from July 19, more than tripling current shipments, as Sydney battles its worst outbreak of this year.

Pfizer said the total number of 40 million doses it is contracted to deliver to Australia over 2021 had not changed. Morrison said Pfizer was bringing forward vaccine deliveries to Australia from September to August.

Jamal Rifi, a general practitioner from Western Sydney, the epicentre of the current outbreak, said many residents had misunderstood the Delta variant risk but were gaining awareness as infection rates rose.

“Many members of the local community have been identified as sufferers of the virus and many loved ones are in hospital or even ICU,” said Rifi.

“The word has spread in the community and I reckon you’ll see more people now limiting their movement, taking this Delta variant more seriously.”

From Monday South Korea will for the first time tighten coronavirus curbs to the strictest level possible in Seoul and neighbouring regions, as alarm spreads with new COVID-19 cases setting a second consecutive daily record nationwide.

South Korea, which has so far fared better than many industrialised nations in case numbers and deaths, reported 1,316 new COVID-19 infections as of midnight Thursday, up from Wednesday’s previous record of 1,275.

Helped largely by vaccinations of older people, there has yet to be a significant increase in hospitalisations or deaths, with a mortality rate of 1.23% and the number of severe cases at 148 as of Thursday remaining far below levels seen during the previous peak in late December.

But on Thursday a top health official warned the new case numbers may nearly double by the end of July and Prime Minister Kim Boo-kyum announced two weeks of tougher curbs – level 4 is the most severe on South Korea’s scale, short of a full lockdown – during a televised government meeting.

Experts said the government’s COVID-19 strategy is to avoid the hit to the economy that has been seen in full lockdowns elsewhere.

“The government strategy is to steer away from lockdown fearing a negative impact on the economy. Level 4 is the harshest it can get,” said Kim Dong-hyun, former president of the Korean Society of Epidemiology.

Under the new curbs, people are advised to stay home as much as possible, schools are recommended to switch to remote learning, social gatherings are restricted to two people after 6.00 p.m. from four earlier in the day, and rallies are banned.

No spectators are allowed to attend sports matches, while hotels can only operate at two-thirds of full capacity. Movies and concerts are not allowed after 10 p.m, and nightclubs and bars are to shut, while restaurants and cafes would be allowed limited seating and only take-out services after 10 p.m.

Employers are advised to increase flexible staffing with 30% of staff working remotely.

South Korea’s total COVID-19 infections to date stand at 165,344, with 2,036 deaths. It has only given both shots in the dual vaccination process to just over 10% of its 52 million population, while 30% have received at least one dose, the majority of whom are aged over 60.

The country aims to reach herd immunity before November by inoculating 70% of the public with at least one shot by September.

While the new will be imposed on Monday, Kim also advised the public to refrain from any private gatherings starting Friday.

He also said that during the two-week semi-lockdown the government will suspend a programme introduced earlier this year that allowed mask-free outdoor gatherings for citizens vaccinated with at least one COVID-19 shot.

Of the locally acquired cases, 78% were concentrated in the greater Seoul area, and the detection rate of highly transmissible Delta variant surged nearly three-folds in a week, Health Minister Kwon Deok-cheol said in a briefing on Friday.

Kwon did not provide the number of cases believed to be linked to the Delta variant.

Jazzy nights in Nicosia this weekend