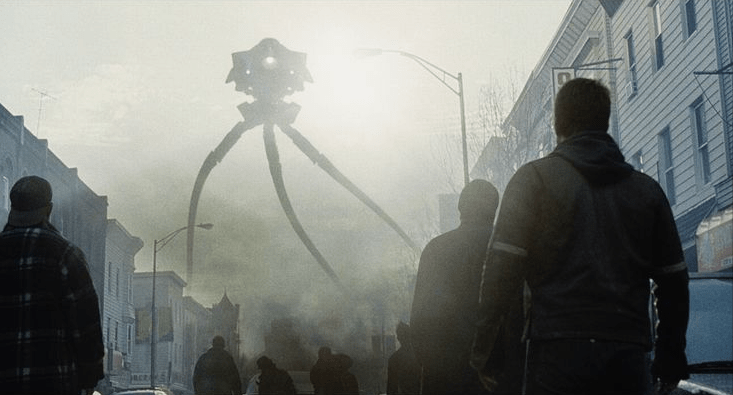 Aliens have always fascinated us. From the moment that we discovered that they might be an infinite number of planets and galaxies, we gazed at those faraway stars and wondered: are we alone or is anyone else out there?

While some have grappled with the existential aspect of learning that we are not the only spacefaring species in the cosmos, most reacted the way people always react when faced with something new and unexplainable. Fear. And what people fear, they will most definitely destroy.

With “Tomorrow’s War” dropping on Amazon video last week to abysmal reviews, we decided to suggest other movies you can stream that deal with the day residents of another planet come knocking on our door, guns blazing.

Neill Blomkamp’s debut film blew the minds of everyone back in 2009 and ushered in a whole generation of creators who were ready to subvert the dominant narrative when it came to aliens: what if they were not more technologically advanced than us?

“District 9” comes to us in the form of a mockumentary, with found footage and interviews through security cameras, telling the story not of an alien invasion but rather an alien relocation. In 1982 a spaceship full of malnourished aliens (called the Prawns) appeared over Johannesburg. People rescued the aliens and relocated them to a slum and years later, angry humans demand that the aliens are instead pushed further away to another district, accusing them of stealing of resources. The operation falls to the hands of a government employee, who learns that the aliens are much more than they seem.

War of the Worlds

The quintessential alien invasion story, “War of the Worlds” by HG Wells was first published in 1897 and since then it has been shocking the world. You may have heard about the Orson Welles 1938 adaptation, that was so lifelike that it caused panic among listeners as people actually thought there was an alien invasion. This 2005 adaptation by Steven Spielberg brings the story to today but keeps the core narrative. Huge, frightening tripods appear suddenly on Earth and start killing and harvesting humans. Tom Cruise once more shines in a sci-fi movie, playing a desperate father who tries to save himself and his two kids from being taken by the aliens.

The second Tom Cruise entry on this list, “Edge of tomorrow” is a 2014 movie that tells the story of the final days of an alien invasion. The aliens are marching virtually unopposed as they obliterate the human forces and are now at the brink of conquering the whole world. Cruise plays a cocky army spokesman who tries his best to avoid combat but finds himself in the front of the final assault against the alien forces, where he predictably dies.

And then opens his eyes, realizing that every time he dies, he resets the same day over and over again. A cross between alien invasion movie and “Groundhog Day” this sci-fi film is considered one of the best movies in its genre and for many it has set the bar for the modern alien invasion movies.

If you are looking for a good pop-corn movie with aliens, look no further than legendary director Guillermo Del Toro’s 2013 monster movie “Pacific Rim”. The Earth has been beset by an invasion of huge monsters known as Kaiju -Japanese for literally “big monster”- and humans have responded by building huge robots to battle them. No convoluted plots, no hidden messages, no allegories. “Pacific Rim” is an honest movie delivering on what it promises: action sequences with robots punching monsters! If you are looking for mindless fun to ease the day, look no further than this.

Even hotter weather on the way later this week (Updated)