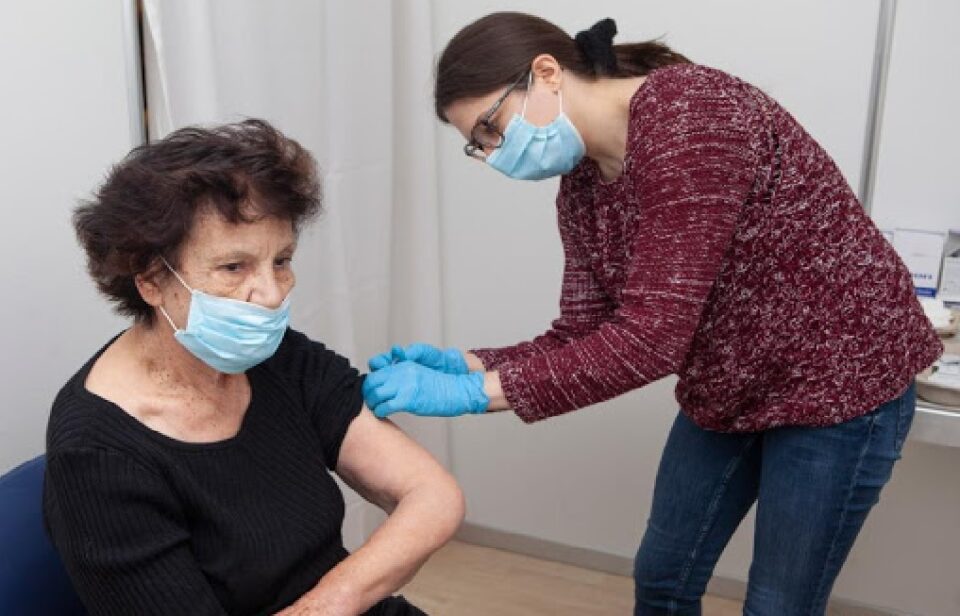 A decree by the Cypriot government dictating that all businesses give their employees additional annual leave for vaccinations increases costs for businesses, but many are willing to accept these expenses if they lead to an end to the pandemic crisis.

The recently introduced government decree stipulates that any employee, whether they are in the public or private sector, are allowed to be absent from their workplace during the entirety of the day of their planned vaccination appointment without this being deducted from their annual leave.

If the vaccine taken by the employee is administered in two doses then that employee is allowed to be absent from their workplace on both of those dates.

Moreover, if a parent or legal guardian needs to take their minors to their own vaccination appointments, then they can be absent from work on those days as well.

This follows the opening of the vaccination portal for minors aged 16 to 17 on June 30.

“Of course, this is a decree that has a certain financial cost to private businesses, but the cost on those businesses and the economy in general will be much more severe if this situation continues,” the president of the Cyprus Retail Association Marios Antoniou told the Cyprus Mail, explaining that ongoing pandemic can harm businesses more than the one-off cost of additional annual leave.

Antoniou told the Cyprus Mail that some companies have calculated the cost of this decree and it is far from negligible. Despite this fact, they have not used it to discourage people from going to get vaccinated during the work week.

“One private  business with a large employee pool of around two thousand people has estimated the cost of this measure at around €185,000,” Antoniou said.

“This is not only due to them losing the staff on that day, but also from the overtime required on those days so that their colleagues make up for the loss in productivity,” he added.

“However, I have not received any complaints about this measure and businesses understand that it is to their benefit and that it will help them in the long term if the economy is not further damaged by the pandemic,” Antoniou concluded.

The situation is equally nuanced from the perspective of recruitment companies, an industry inherently tapped into the job marketplace and frequently the recipient of employee feedback on such issues.

“I think at the moment the overriding feeling is one of confusion when we talk to a lot of employers, mainly in terms of what the employers and employees are entitled and how official this is,” StaffMatters Recruitment Specialists owner Tony Papadopoulos told the Cyprus Mail.

“There are a lot of mixed feelings about it although some encourage it so that we can get out of this situation as a country,” Papadopoulos added.

Papadopoulos explained that other employers are a bit more apprehensive about such a measure.

“There is uncertainty as to whether this will have the desired effect because it doesn’t do anything to address the hesitations of those who have yet to receive the vaccine,” Papadopoulos said.

“I think the jury’s still out but we’ll see how it affects the companies financially as we move forward,” he added.

Stefanos Koursaris, the secretary general of the small shopkeepers’ association Povek said that they view such measures in a positive way.

“We are in favour of incentivising people to get vaccinated,” Koursaris said.

“Provided that these incentivising measures are positive and encouraging, not punitive,” he added.

From a business perspective, this measure has also been seen in a positive light.

“Of course I am in favour of such a measure and it is the least I can do to solve this problem,” the owner of Molly Malone’s restaurant Theodosis Theodosiou told the Cyprus Mail.

“If this is an issue for any business then they shouldn’t be open,” Theodosiou added, explaining that it is crucial for businesses like his own to be as safe as possible for any patrons visiting the premises.

“We have a big responsibility on our shoulders to do the right thing,” Theodosiou stated.

“It’s not only about getting Covid-19, it’s also about not giving it to other people and many businesses don’t realise that this is our duty,” he concluded.

Revolut, despite losses, valued at €33bn; founder Storonsky is billionaire