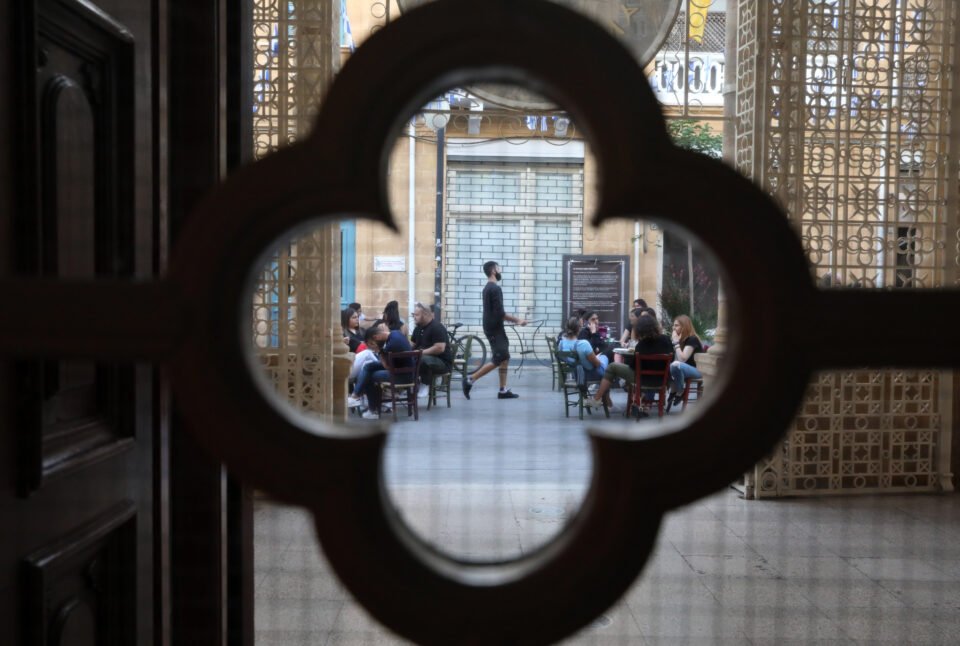 We are all witnessing a global unprecedented development as a result of the COVID-19 Pandemic.

Fear has spread around the globe due to the great number of people who tested positive and the number of deaths recorded as being COVID-19 related.

Authorities, at least in most countries, in an effort to deal with this matter have rushed to impose draconian measures which undoubtedly interfere to a great extent with basic human rights and the privacy of people.

In Cyprus, the government since last March is imposing such unlawful and disproportionate measures without the consent of the House of Representatives as provided in Cyprus legislation.

Human Rights, as provided through the European Convention on Human Rights (ECHR), by virtue of Chapter 23 of the ‘Acquis Communautaire’ has become an integral part of the European Union with the EU Charter of Fundamental Rights becoming legally binding, on all EU Member States, through Article 6(1) of the Treaty on European Union (TEU).

The restriction of fundamental rights is possible under special and specific circumstances in order to protect public health. In light of the pandemic, the EU passed Regulation 2021/953 on a framework for the issuance, verification and acceptance of interoperable COVID-19 vaccination, test and recovery certificates (EU Digital COVID Certificate) to facilitate free movement during the COVID-19 pandemic, with the aim to ensure, on the one hand, the free movement of people within the community and, on the other, to protect public health.

It must be noted that these aims are based on the Preamble of the Regulation, to be attained through the use of sound scientific evidence, while avoiding the restriction of fundamental rights through disproportionate and discriminatory measures. It is important to stress that, under EU Law, Regulations have direct effect, meaning they do not need to be incorporated in national law to have effect, and supersede national law. As such, if the latter is contrary to the first, the Regulation will be the one enforced.

As it is today, it seems that the EU did not in any way consider extending the use of the EU Digital COVID Certificate as a requirement for entering restaurants, malls, schools, the workplace or any other establishment – much less for outdoors places. These measures are clearly disproportionate and discriminatory since they dramatically influence and disrupt people’s daily lives and their work. They are affecting their fundamental human rights, as well as EU Law in contradiction with the spirit and provisions of Regulation 2021/953.

More specifically, Section 6 of the Regulation refers to the fact that Member States can limit the fundamental right of free movement on public health grounds. However, such restrictions should be based on specific and limited public interest grounds and they must be applied in accordance with the general principles of Union law, in particular proportionality and non-discrimination. The Regulation also states, in its Section 7, that, although at present it would seem that individuals who have recovered from Covid-19 in the previous six months have a reduced risk of infecting people with SARS-CoV-2, any individual who can prove according to sound scientific evidence, that they do not pose a significant risk to public health (e.g. because they are immune) should not be restricted.

In the same spirit, Section 14 of the Regulation reads: “[the Regulation] should not be understood as facilitating or encouraging the adoption of restrictions to free movement, or restrictions to other fundamental rights, in response to the COVID-19 pandemic, given their detrimental effects on Union citizens and businesses.”

These last two Sections clearly show that in no way should the restrictions be used in a disproportionate manner or in a way which would create and encourage discrimination among EU citizens. EU Commission spokesman Christian Wigand at a press conference stressed that a vaccine certificate, such as the EU Digital COVID Certificate, cannot be used as a precondition for the exercise of free movement, since this would be contrary to the main principles of the Regulation.

In Cyprus the government introduced a requirement for all citizens to either be vaccinated or take a rapid test every 72 hours, or show a certificate of recovery from Covid-19 of not more than 6 months, as of July 1, 2021. In addition, it has been announced that as of August 1, 2021, rapid tests will no longer be subsidised by the government – which is in direct contradiction with the EU Parliament Resolution issued on April 29, 2021. In the Resolution, paragraph 1, the EU Parliament called on Member States “to ensure universal, accessible, timely and free-of-charge testing in order to guarantee the right to free movement within the EU without discrimination on grounds of economic or financial means in the context of the EU COVID-19 certificate.”

It is also important to note that on June 25, 2021, the World Health Organisation (WHO) issued an interim guidance through which it stated that “All individuals meeting the suspected case definition for COVID-19 should be tested for SARS-CoV-2, regardless of vaccination status or disease history.”

To offer further guidance on the above, the WHO provides a specific definition of what a suspected case of Covid-19 is, which must meet both the clinical and epidemiological criteria. In terms of clinical criteria, it sets acute onset of fever and cough or acute onset of any three or more symptoms from fever, cough, general weakness/fatigue, headache, myalgia, sore throat, coryza, dyspnoea, anorexia/nausea/vomiting, diarrhoea, altered mental status. Epidemiological criteria are set to be residing or working in an area with high risk of transmission of virus or having travelled to such an area within the 14 days prior to the symptom onset, or working in any healthcare setting, within the 14 days prior to symptom onset. Therefore, according to the WHO, whether a person is vaccinated or not, they must be tested only if symptomatic. However it is very important to note that according to the WHO paper, “Widespread screening of asymptomatic individuals is not a currently recommended strategy due to the significant costs associated with it and the lack of data on its operational effectiveness.”

Therefore based on the above, the Cyprus government policy to foist on citizens rapid tests and vaccines contravenes the provisions of the EU Charter on Fundamental Rights, Regulation 2021/953, as well as the EU Parliament’s Resolution of April 29, 2021 and it is also clearly discriminatory. It must also be emphasized that the government is dealing with this issue not only in a disproportionate and discriminatory manner, but also in violation of Articles 5 and 16 of the Convention for the Protection of Human Rights and Dignity of the Human Being with regard to the Application of Biology and Medicine: Convention on Human Rights and Biomedicine (ETS No 164) – The Oviedo Convention, which protect the right to free and informed consent in medical procedures as well as the rights conferred to individuals when dealing with experimental drugs.

It must also be pointed out that it is an accepted fact that available vaccines in the market are still on a trial basis and have only been granted an emergency authorisation by the FDA and the EMA. In these cases, Article 16 of the Oviedo Convention applies and, as such, there is no limitation, even for public health reasons, to the free and informed consent an individual must give in order to undergo experimental treatments, as per Article 26 of the Convention.  Nobody should be directly or indirectly forced to be vaccinated, as also confirmed by the Council of Europe Resolution 2361 (2021), especially in light of the vaccines’ experimental nature. Based on existing scientific evidence, there is no justification for imposing in any Member State such draconian measures and, in fact, only in Cyprus are  these currently imposed.

In light of the latest announcements from the Ombudsman on Data Protection, another important matter is the right given to private individuals to check whether a person is vaccinated or has a rapid test or a recovery certificate for Covid-19. The GDPR Regulation of the European Union, through its Article 6, gives only specific legal reasons for the collection and use of personal data which do not apply in this case, especially since the decrees providing for this right are illegal. Furthermore, Article 23 of the GDPR Regulation provides the cases in which restriction on data protection rights can be imposed, which include national safety. However, part of the requirements to impose such restrictions is for them to be necessary and proportionate, which, as explained above is not the case in Cyprus.

Finally, it has been stated by the government that they are envisaging changing the law which is now in force with regards to tackling the pandemic (The Disinfection Law Cap. 260). In this new law, the government seems to be planning to provide the power to the Minister of Health to issue decrees without the need to pass them through Parliament as is the requirement today, based on Article 3(1) of the Law on the Submission to the House of Representatives of Regulations Issued with Authorization by Law (Law 99/89).

This would give extreme power to the Minister of Health to restrict Human Rights without going through the necessary checks and balances in a democratic society. It must be noted that such a provision would be contrary to the Cyprus Constitution, since all restrictions to Human Rights protected and provided under it, are only allowed through laws passed by the Parliament. The Council of Ministers in Cyprus is only authorized to issue decrees only under Article 183 of the Constitution, provided the country is declared to be in a State of Emergency, and for only for 2 months, provided this is approved by Parliament.

This goes to show the importance safeguarding human rights. In Cyprus the country was never declared to be in a state of emergency. Also, since March last year the Minister of Health is issuing decrees basing them on Article 6 of The Disinfection Law without them being first approved by Parliament, contrary to Article 3(1) of Law 99/89, making them null and void.

As stated by Judge David in a Cyprus Court judgment: “It is their [the Courts’] duty and obligation to safeguard the law, in all its forms, protecting at the end of the day the very institution of the administration of justice, declaring in all directions that within a benevolent state and a state governed by the rule of law, faithful application of the law prevails of any expediency.”

In Cyprus legal actions, which are still pending, have been filed against the government, the minister of health and the members of the advisory committee, claiming compensation and other remedies for infringement of human rights and negligence. Let’s hope that justice will prevail following a trial in the court where scientific evidence will be presented showing that the measures taken were both unlawful and disproportionate.

All adults in Britain offered jab ahead of Monday reopening