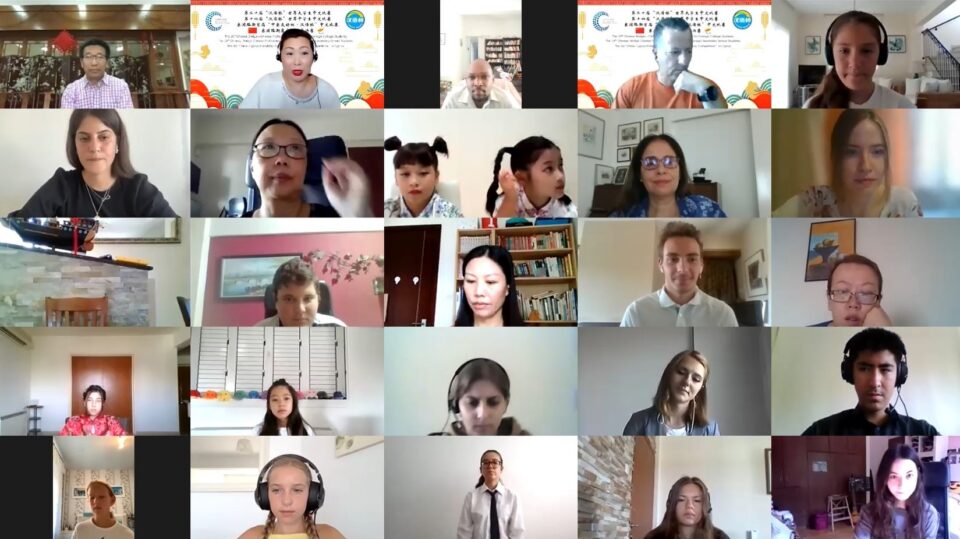 Beacuse of Covid restrictions the contest was held online

A Chinese language proficiency competition for school and college students was held online via video link in Cyprus on Sunday, as China and Cyprus celebrate this year the 50th anniversary of the establishment of diplomatic ties between the two countries.
Six college contestants and five high school students from Nicosia, Limassol, Larnaca, Paphos and Paralimni reached the final to participate in the first China-Cyprus Friendship Cup-Chinese Proficiency Competition.

Grace Monica Theodoulou from Nicosia, who recently graduated from the University of Edinburgh, won the competition for college students, while Elizaveta Vasilieva from the American International School in Nicosia was the winner of the contest for school students.

In his opening speech, Chinese ambassador to Cyprus Liu Yantao said that he hoped that this competition would not only refine the Chinese language skills of the contestants, but also provide them with a way of making friends that share their passion for Chinese culture, and “lead them into a lifelong journey loving the Chinese language, China as a great nation and its people”.
He added that in April 2019, the Chinese and Cypriot governments signed a memorandum of understanding (MoU) for cooperation under the Belt and Road Initiative and that this year marks 50 years of diplomatic relations between the two countries.
Cypriot Education Minister Prodromos Prodromou, in his welcoming address which was presented by Elena Theodoulou-Charalambous, a cultural policy advisor at the ministry, said the Chinese language is currently the most spoken language in the world, noting that it embodies the values of a civilisation that has lasted for over 5,000 years.
“With the deepening of the bilateral relations and practical cooperation in all fields between our two countries, there will be an increasing demand for more Cypriot young people who can speak Chinese and are familiar with China,” the minister said.