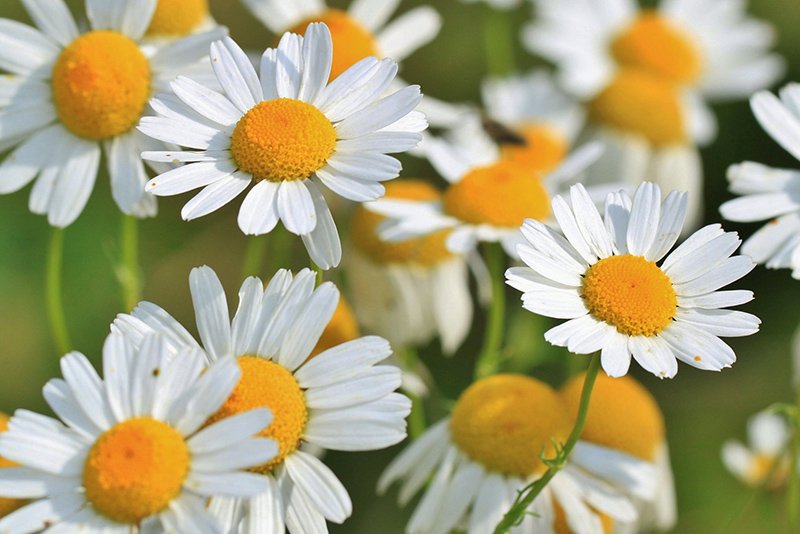 Weeds are defined as wild, unwanted and unvalued – but while there’s no disputing their wildness, many people would definitely want them if they understood their true value.

Many of the rapidly-growing green ‘pests’ actually boast a wealth of health benefits if consumed, because they contain useful bioactive compounds like polyphenols, vitamins, minerals, proteins and fibre.

“Today’s weeds were our ancestors’ medicine cabinet,” explains Tea Advisory Panel dietitian Dr Carrie Ruxton. “From teas to soups and garnishes, they have a role in our diets – but take care to identify edible weeds properly, as some plants such as hemlock, deadly nightshade and foxgloves contain powerful toxins which can cause illness, and even kill.”

Here, Ruxton and pharmacist Roy Lamb highlight weeds that could be added to your superfood cupboard instead of your compost bin…

This stinging scourge of bare flesh has been used over the centuries to make cloth, fishing nets, and even World War I German army uniforms when there was a shortage of cotton, says Lamb.

Benefits: Nettles contain essential amino acid levels comparable to chicken, and similar amounts of omega-3 to those found in spinach, says Lamb. Per serving, up to 100 per cent of the recommended daily intake of vitamin A, 50 per cent of calcium, 20 per cent of fibre and 12 per cent of iron, can be provided by nettles, he explains.

Ruxton says: “A study of postmenopausal women found a preparation made from nettles reduced hot flashes and increased quality of life. Always pick them in the spring when they’re most nutritious, and discard the woody parts.”

How to use it: There are several ways to prepare nettles for consumption, advises Lamb. To render the sting harmless, drop them in a pot of boiling salted water for a few minutes, or they can be dried using a dehydrator, or soaked in water for a few days. After this, they can be converted into nettle pesto or soup, or as an infusion in tea.

In many areas, chamomile is considered a noxious weed to be eliminated says Lamb, who also points out it’s one of the most popular ingredients in herbal teas.

Benefits: This common flower has long been championed as a way to ensure a good night’s sleep, but its fan-base is larger than just old wives. Scientific evidence suggests chamomile has a range of health benefits, as its flowers contain chemicals shown to be moderate antioxidants and antimicrobials. Additionally, studies indicate potent anti-inflammatory action and some cholesterol-lowering activities, he points out.

How to use it: Chamomile flowers can be washed, dried and used on their own, or as a blend, in herbal teas. For desserts, such as panna cotta, Chamomile also makes an attractive and healthy garnish, although Lamb warns it can cause allergic reactions, so take care, especially if you’re allergic to flowers like daisies.

Clumps of distinctive tall white elderflowers can be found throughout the countryside.

Benefits: Studies suggest elder is a rich source of bioactive compounds, such as polyphenols, which can be anti-pyretic (fever-reducing), diuretic, antibacterial and anti-inflammatory, says Lamb.

How to use it: Elderflower cordial dates back to Roman times, and many people make their own elderflower ‘champagne’. Lamb points out that dried elderflowers contain a lot less goodness than fresh.

Benefits: Since the Norman Conquest, broadleaf plantain has been associated with health benefits, with recent studies backing up beliefs that it’s useful for enhancing the immune system, reducing the size of tumours, and protecting the gut, Lamb says. It’s also an anti-inflammatory, anti-infective, antibiotic, antifungal, antiviral and antioxidant, and is high in calcium and vitamins A, C, and K, and can also be used to heal the skin when applied locally, he says.

How to use it: Lamb says both leaves and the seeds of broadleaf plantain can be eaten raw, cooked in stews, or simply baked on their own.

Dandelions are everywhere in spring and summer, but as well as being an important nectar source for pollinators, they have many benefits for humans.

Benefits: Recent research has shown dandelion can reduce cholesterol, blood glucose levels, and inflammation, says Lamb. As a mild diuretic, it can also help with urinary tract infections or thrush.

How to use it: All of the dandelion plant can be used in recipes, from petal-infused wine or honey to simply eating dandelion roots whole.

The women who made Cyprus what it is today

Working hard, African food, and the importance of sardines