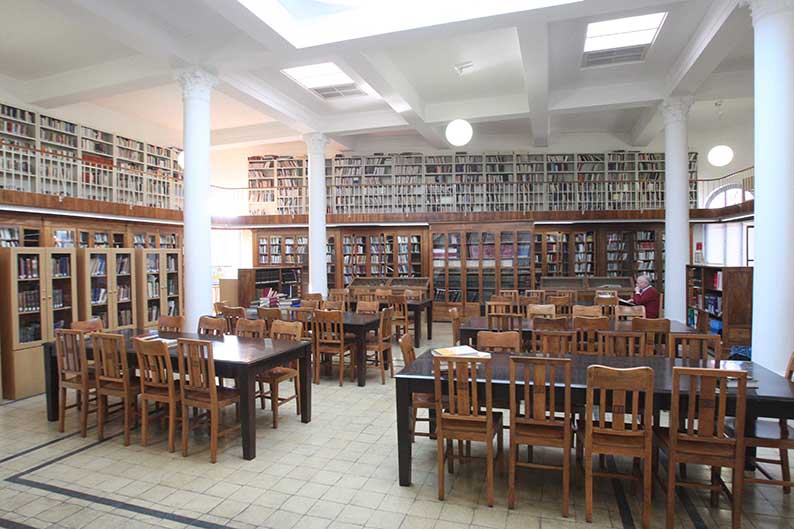 The public library in Nicosia

According to the latest European surveys and the European Commission’s data, “it appears the Cyprus public is lacking with regard to the participation in cultural activities including their relationship with books, compared to rest of our European fellow citizens,” said education minister Prodromos Prodromou.

The minister was speaking during the presentation of the recently-appointed members of the advisory committee on the Cyprus Library which the government plans to build. At present, the Cyprus Library is housed in four different premises scattered in the capital and it was time to move everything into one purpose-built centre, he said.

Although there had been some progress on cultural involvement in recent years, “on the subject of books we must and we want to do more,” said Prodromou. He believes that books and reading have a central place in cultural living. “Perhaps it would be possible for the book and love of reading to be considered a pre-condition for cultural development and creativity,” he said, noting that the fact we were operating in the digital age changed nothing.

Nobody could disagree with Prodromou’s view about the need to encourage and promote a love of books and reading, but we doubt this commendable objective can be achieved by the creation of a modern public library. The fact that the public national library has been housed in four unknown buildings in different parts of town reflects our society’s indifference to books and reading and reveals its priorities.

While the creation of a public Cyprus Library is welcome, it will not change Cypriots’ poor relationship with books and reading. Prodromou should focus on public education and rethink the whole model if anything is to change for the better. Do public schools encourage reading, have they cultivated a love of literature among students which open the mind, broaden horizons and foster critical thinking?

We all know the answer, but the problem is not created exclusively by governments getting things wrong. Our society does not see the intrinsic value of education but has always viewed it as a stepping-stone to a well-paid job and social status. Put crudely it is a means to make money, rarely achieved through love of books and literature.

Could this social mindset be changed and our relationship with books upgraded as Prodromou would like? It is a very big ask, but there is little doubt that we would have a more open, tolerant, culturally developed society if people developed a love of books and read more than they do at present.